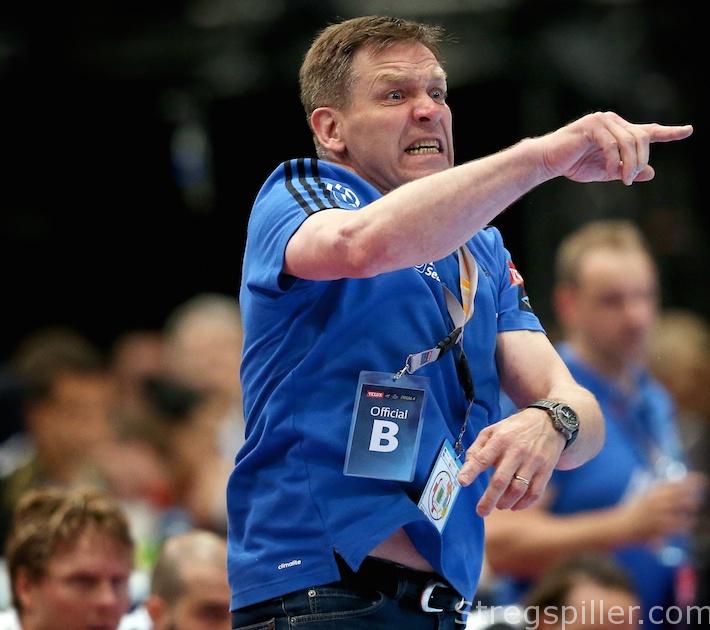 A new dynasty in the making

Just to let you know right away, I’m not a fan of the THW Kiel.  Actually I’m not a fan of any club.  I like some, but I’m far away from being a supporter.  But I love to see young and talented players develop into stars.  Stars that surprise us with their extraordinary skills, players that kids can admire and use as role models.  THW Kiel anno 2016 offers quite a lot of them.

We all remember that Kiel came up as a big club when Swedish legend Magnus Wislander moved to Germany in the early 1990’s. He changed the culture of the team forever.  Kiel hadn’t won a German league title in more than 30 years when the “Zebras” finally topped the standings in 1994.  The rest is history.

After Wislander decided to move back to Sweden and leave Kiel behind him, the next true leader followed, Stefan Lövgren.  After Lövgren called it a career, it was Filip Jicha who stepped in.  Right now Domagoj Duvnjak is in charge, but the next superstar is already waiting in the line.  Austrian Nikola Bilyk has all it takes to be the next club legend.

In a recent league game at GWD Minden he scored in double digits for the first time.  Lukas Nilsson, another Swedish player, scored five goals during crunch time to lead his new team to a key victory in Stuttgart earlier this season.  Let’s not forget two other newcomers, winger Raul Santos and keeper Andreas Wolff.   The young guns have taken over at Kiel, almost.

Obviously there’s still plenty of work to do for coach Alfred Gislason to get more consistency from his youngsters, but in the meantime he can still rely on his veterans.  It comforting to know that there are players like Duvnjak, Steffen Weinhold or Marko Vujin on your roster.  And who’s Wolff’s partner in net?  Right, Niklas Landin, a freshly crowned Olympic champion and All-Star team nominee.

So what kind of worries should Kiel fans have when taking in consideration how much quality there is around?  Maybe THW needs a bit more leadership after the departure of Jicha (in 2015), and Dominik Klein (this summer).  While Jicha was a true leader on the court, Klein was the emotional hero of the fans, loved by everyone in Kiel.  The return of Christian Zeitz is a small hint of what this team is still missing.

Zeitz is not only a favorite among fans, he’s also a veteran who knows how to play handball very well.  He knows the squad, the coach, and the vibe of Sparkassen arena.  But it’s not sure what his role will really look like.  It came as  a surprise to many when he re-joined Kiel as he is the sixth, yes, the sixth left-hander on the roster.

Depth is a key issue that leads me back to Gislason’s playing style, which is quite demanding physically.  A tough group stage with opponents like Veszprem, Barcelona or Paris, not to mention local rival Flensburg, will ask a lot from his team.  Gislason already misses left-back Christian Dissinger, as he is out for the next few months and he just retired from the national team, at least for the time being, to focus on his club career.

It’s good to know for Kiel fans that the likes of Bilyk and Nilsson are almost ready to step in.  They will see a lot of playing time right away, maybe more than expected, but also more time than Gislason would have allowed otherwise.  It will only help them to get better a bit faster and it may not be the worst development after all, even if it might cost Kiel another league title.

Manager Thorsten Storm has done a great job of acquiring young talent – players of high quality, to be honest, not just some random athletes.  Along with all the veterans, I’m certain a new dynasty is in the making in Kiel.   But for now, I expect the crew to struggle early on, just to get better by season’s end.  Cologne?  I call it a coin flip.  But the young guns of Kiel will make some noise along the way.