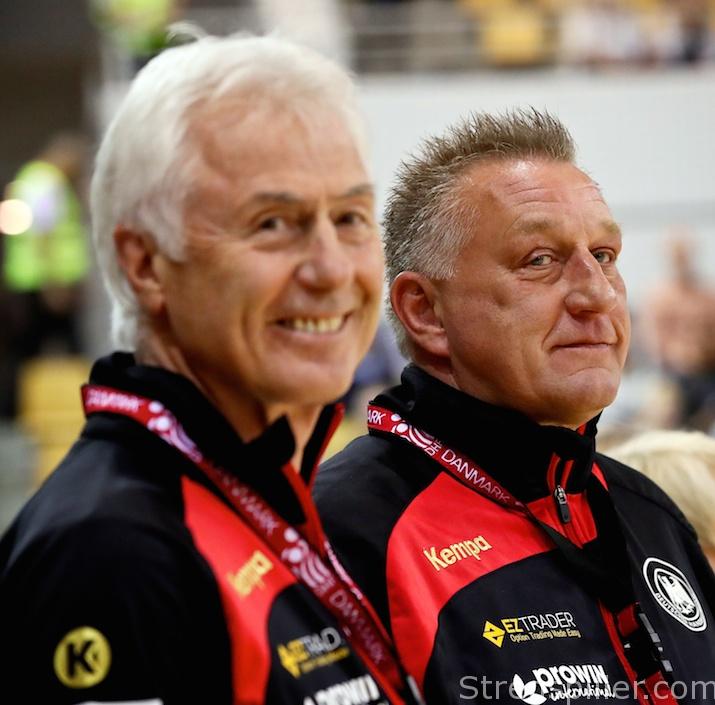 When Nadja Mansson played in the Champions League wearing the jersey of Thüringer HC, she was still called Nadgornaja. In the meantime she changed clubs (now playing for Borussia Dortmund), got married and became a mother. But her grid and determination remained the same. As the World championship on home soil is drawing closer, she talked about head coach, Michael Biegler, the importance of the tournament for women’s handball in Germany and more.

You have taken part in some tournaments before – now, with the first game just around the corner, I would like to know what’s different this time when compared to other preparation phases? Is it “just” more intense?

NM: First of all, every coach got his own ideas, so you can’t really compare. What you can compare is how a coach is focusing on the different aspects of the game. There are huge differences. It’s true that our practice sessions are quite intense, and that means every training has a very good rhythm. But, we are still rehearsing a lot of things. There’s one thing that comes to mind when thinking about Michael Biegler: It’s that once we get on the floor, the focus is on playing the game and learning and improving.

Do you think that such intense preparation for the tournament will become the standard for future German national teams or is it just the proverbial exception to the rule that you only can expect before a World championship on home soil?

NM: For me it’s hard to say how the federation will be able to offer more training days during the season. Maybe it depends on how successful we are going to be. If we are doing well and can show how much potential women’s handball may have, then it helps to invest into practice sessions and work out together more often.

Is there any fear, considering the burden you carry, about the future of women’s handball in Germany? As you said, you can help bring it along and make it bigger, but if you go out early, then it could be the end of it, to exaggerate a little bit…

NM: We have to admit that the significance of women’s handball has been quite low recently with the exception of last year. We just didn’t do well enough. Obviously, we are very interested to change that. There is pressure and certainly a World championship in your own country is different compared to one in Serbia or Croatia, for example. But we know how to handle it and we want to create some sort of turnaround. We think positive, as it is a unique opportunity. We have a great deal of experience, even though we have some younger players on the roster as well. But even they have a lot of quality otherwise they wouldn’t be part of the team. So, we prefer to think positive.

Getting back to coach Biegler – it looks like you feel really comfortable working with him because he asks a lot from the players. Is this a correct observation?

NM: Yes, that’s right. He’s the type of coach I really like as he brings my game to the highest level because he is asking so much from us. Especially, during trainings sessions, he is demanding intensity. He’s also a coach who loves players who fight until the end. Obviously, every coach wants to see that, but he is putting a lot of focus on it. He also shows it to us in a very unique way, so everyone is following him. And that’s the attitude that makes me strong – it brings back that fighting spirit that I developed during my time at Thüringer HC, thanks to Herbert and Helfried Müller. Michael Biegler wants to see exactly that; he really impersonates that kind of philosophy.

To be honest with you – I think position offense may be the key success factor for the team aside of playing great defense. What’s your take on that?

NM: I’d say that defense is always the key if you want to be successful. If our defense does well, combined with our fantastic goalkeepers, it’s more than just a base for the success of our team. But it’s true; we also need a good offense if we really want to go far. We need to put players in the right spot. Likewise, we need to get our back-court players into good shooting positions, using screens. Also, we need to get our fast players into 1-on-1 situations, so they can use their speed to the fullest. If we are able to do all of it, and play good defense together with great goalkeeping, then we have a recipe for success.