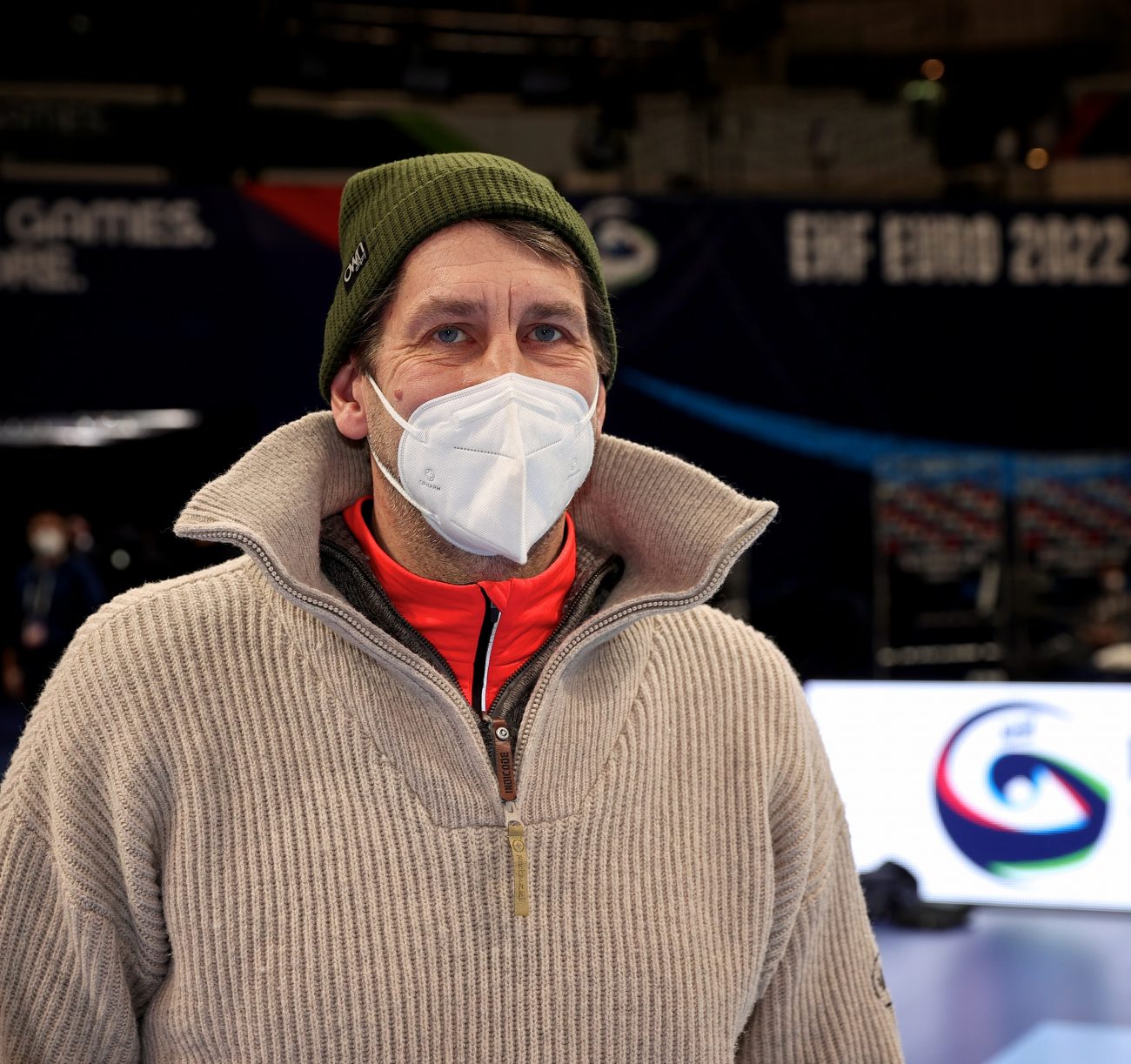 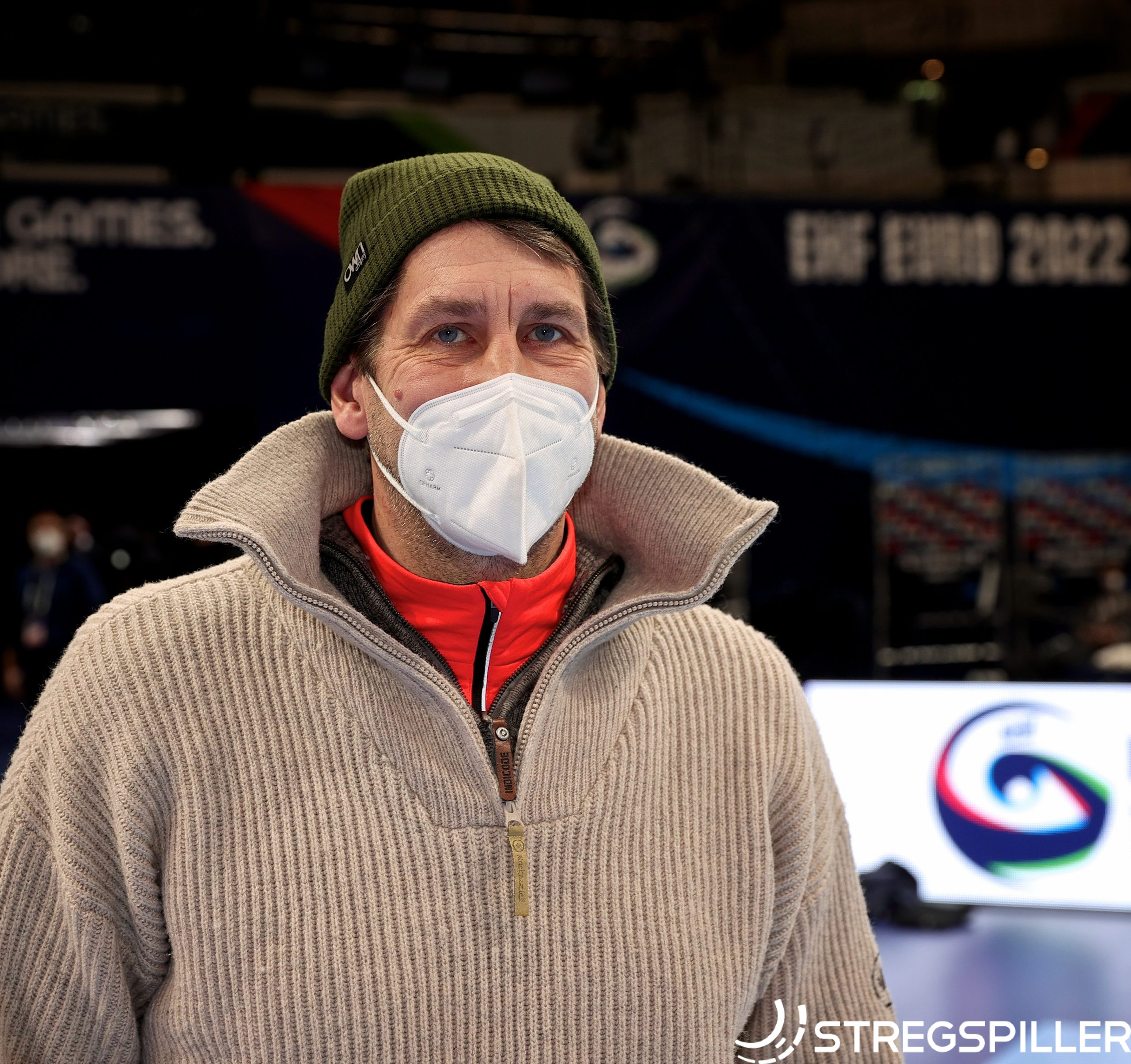 Following the EHF EURO semifinals the next day is usually reserved for an all-in media day at the arena.  This year is no exception.

The teams of France, Denmark, Sweden and Spain made themselves available to answer any open questions which remained after two tense semifinals the day earlier.

Denmark somehow dropped the ball in the second half against Spain (25:29) and France fought tooth and nails in the second match that did not deserve a winner.  Yet, Sweden emerged as the victorious team (34:33) and advanced to another European final after 2018.

This time a new generation of Swedish players, led by Jim Gottfridsson, will get their chance to write the next chapter of handball history after the legendary team of the 1990’s lead by Staffan Olsson, Tomas Svensson, Stefan Lovgren and Magnus Wislander.

On the sidelines of the MVM Dome in Budpaest, stregspiller.com caught up with Magnus Wislander, who still is Sweden’s all-time leading scorer (1191 goals) and most games played (386).

How does he compare the current Swedish team to the successful generation of the 90’s, better known as the “Bengan Boys” (named after the former coach, Bengt Johansson ed.) and their chances to win a record fifth European championship, 20 years after he and his teammates lifted the trophy in Stockholm’s Globen Arena?

“The whole world went through a transition since then, handball as well.  We have new rules,  the sport has become more physical and the speed of the game has increased a great deal. So yes, many aspects of the game have changed.

“At the same time we see more countries that can win this competition. It was different 20 years ago.”

While the field of potential finalists has indeed expanded, Spain have been dominating the tournament for the past decade.  Ever since the EHF EURO 2012 in Serbia,  Spain qualified for the semifinals.  In fact no other nation even comes close to the success of Spain, when considering the entire medal count at European championships – 8 in total.  Magnus Wislander sees it no different.

“Spain is Spain.  It probably is the only team which plays a different kind of handball compared to all the others.  Take Denmark, Norway, Sweden or Germany, for example, they play a similar style and France I see somewhere in between and then there is Spain.

“Spain is very fast – they play excellent defense with relatively little body contact. They execute a rather mobile and often very “offensive” defense formation.  That’s when the opponents find it tough to pass the ball fast enough to stretch Spain’s defense.  On top, they are very quick on their feet and and fast in the counter attack.”

If someone knows how to close a European championship successfully, it’s Magnus Wislander.  Between 1994 – 2002 he led Sweden to four gold medals at this particular event.

“It’s always the same – a strong goalkeeper and in defense Sweden needs to be stable. Maybe even more important will be minimizing technical mistakes in the attack, tomorrow.”

Leaving out the uncertainties the COVID virus created on a daily basis, when looking back at the past 2 1/2 weeks was there anything that struck Magnus Wislander as a surprise at the EHF EURO 2022?

“There were no revelations the way the game was played. We saw much less of 7-against-6 plays – something I really like. It’s good that we did not see this tactical tool used as often as in the past because it slows down the game.  In my opinion it makes handball boring.

“The Netherlands were a definite surprise on the positive side.  The played a fast paced handball and they have several excellent players led by Luc Steins and Kay Smits.  To watch them play was very enjoyable, I have to say.

“Maybe Norway was a bit disappointing.  By the same token if they (Norway ed.) did not lose the last six minutes 5:0 in the main round game against Sweden, they would have made it to the semifinals with a chance to reach the final.

“I also like that so many young players have emerged from this tournament. Some new names and fresh faces – it’s good for the sport of handball.”