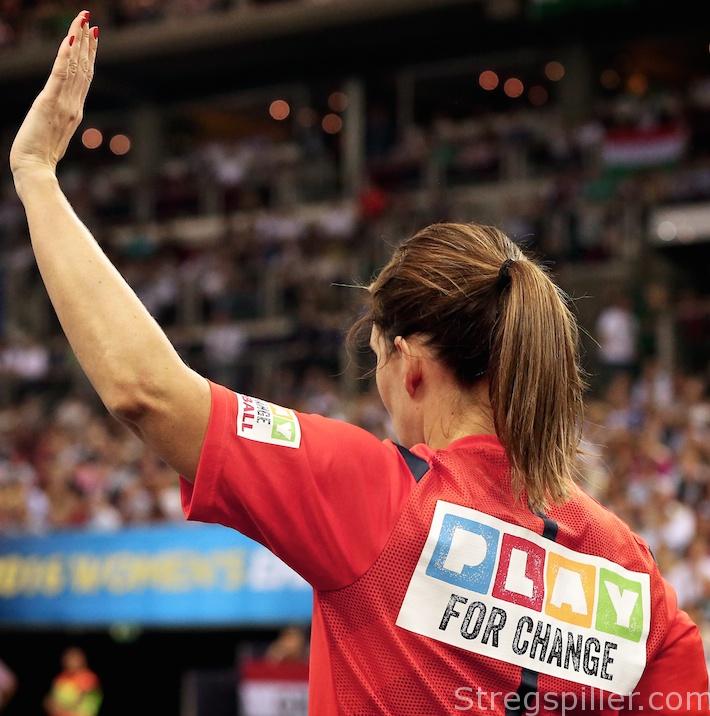 I guess by now all of you have read about the new rules which were put into effect prior to the start of the new season.  They were in use already during the Olympic games in Rio da Janeiro, which was not just bad timing, but also let me think what the hell was going on in the minds of handball’s so-called decision makers?

Recently, I talked to a colleague of mine, Markus Götz, about the rule changes.  Markus is covering the DKB Handball-Bundesliga for German TV station Sport1 for quite some time now.  He also covered a number of World and European championships.  So he knows his stuff, to say the least.  We both had the same question in mind: Was there really any urgent need to change the rules? Not really – is the answer we came up with.

Since July 1st it’s possible to remove your goalkeeper and replace him with an additional field player.  The “extra man” doesn’t have to wear a bib anymore.  It allows teams to escape the disadvantage of two-minute suspensions when playing in offense.  If you have smart and skillful players on your squad, it’s almost impossible for the opposing defense to guess who will be the one sprinting towards the bench once a set-play has started.

It also means that two-minute suspensions have lost their teeth.  In fact, it may cause more injuries, as it’s not really an advantage to field one player less – it’s certainly not that much of a disadvantage anymore.  Defense formations will play harder from now on – an understandable reaction as well if you ask me.  We both agreed that this rule in particular changes the nature of the game way too much.  And does anyone of you love to see dozens of empty-net goals per game?

In late August, I attended a match of the German cup where Icelandic goalkeeper Björgvin Pal Gustavsson scored four times. He was probably quite happy about his scoring performance, converting all four of his attempts, but that’s not what I want to see. It’s damn boring.

Let’s move on to the rule dealing with the medical break.  If a player needs to be taken care of on the field with no progressive punishment, then he has to stay out of the game for the next three attacks of his team.  It’s a rule that’s introduced to stop diving and discourage players from acting; behavior that the sport apparently has produced over the last few decades.  Really… diving? In handball?  Seriously?  To be honest, I must have missed a lot of these games full of Hollywood-like scenes.  And, I doubt there were many players close to an Oscar nomination.

Just imagine this situation: It’s the World championship final in Paris, in January 2017.  The hosts are tied against Germany with less than five minutes to go.  Nikola Karabatic slips for whatever reason and needs the help of the medical staff – he’s probably gone for the rest of the game.  France loses by one goal.  Maybe because of this stupid rule.  A rule that nobody needs.

Last but not least, let’s review the regulation regarding passive play, which was changed ever so slightly.  Once the referees raise their arms to signal passive play, a maximum of six passes are allowed.  But the biggest problem remains – it’s still totally up to the referees when they will raise their arms.  It can happen at any given moment.  All said, the new rules don’t make things any easier.

What I dislike the most is the fact that not all of these changes will apply to all levels.  Amateur clubs will play by different standards than the pros.  While the rules of the game should become less complex to attract new fans, it was made far more complicated without properly thinking about the consequences.

Markus and me reached the final verdict that handball was great before July 1st.  And we didn’t find a lot of arguments that the sport will be better with the new rules.  I wouldn’t mind if the decision makers come to the same conclusion.  It’s better to admit and correct a mistake before it’s too late rather than sticking with it.