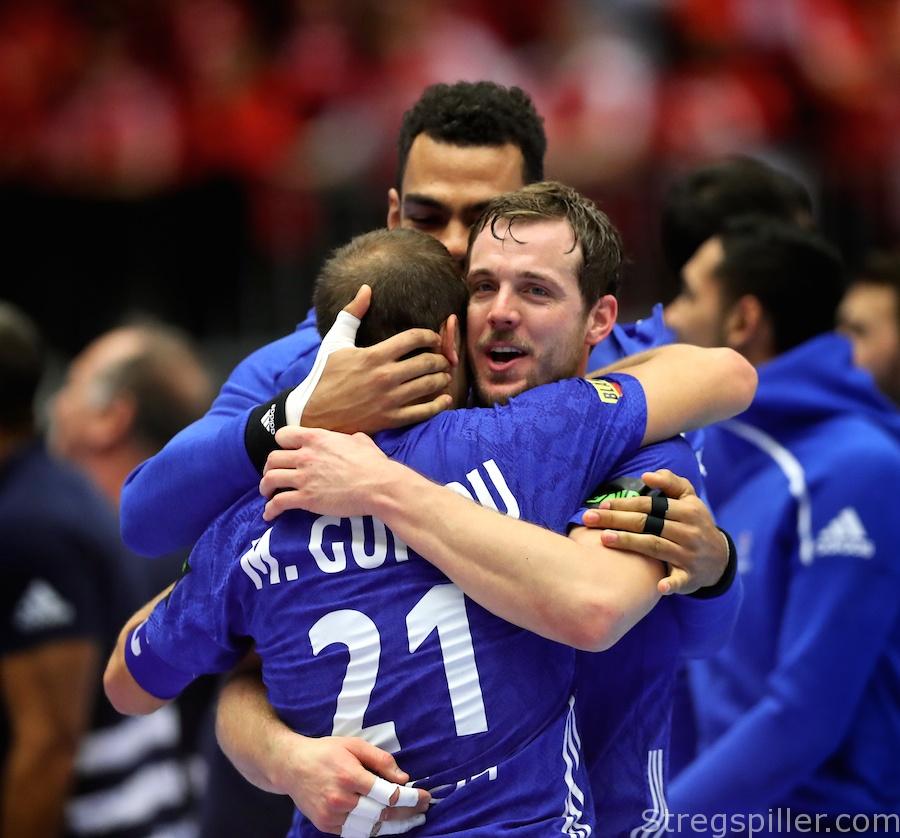 MATCH REVIEW – With his only goal of the second half, Nikola Karabatic decided the bronze match against Germany in the dying seconds of a breath-taking and nail-biting drama in Herning on Sunday afternoon.

Co-hosts Germany lost their hope to reach the final with a 31:25 loss to Norway on home court in Hamburg – Germany’s first defeat in their nine matches of the competition.

Defending world champions France lost their crown as they were virtually steamrolled by Denmark in the semi-final.

The question – as always before these bronze matches – which team could better motivate themselves for this ‘losers’ final’.

It was almost symptomatic that it was Nikola Karabatic who decided the bronze match in the dying seconds and with his only goal of the second half.

The star was doomed out of the competition due to an injury, but the man who must be made of steel, made it back against all odds, and just as it is typical for him, he struck when the French needed him most.

Karabatic’s winning goal came after two extremely different halves, with Germany being dominant before the break, while the last 30 minutes belonged to France.

With the win, the dethroned world champions took their second bronze in succession at a major championship after also finishing third at the European championship in 2018.

Apart from French leads at 2:1 and 5:4, Germany had the upper hand.

As playmaker, Melvyn Richardson did his best to tie the French attacking play together, while Kentin Mahé also strived to keep France in the game.

However, Richardson, Mahé and their teammates had their trouble with the physical German defence and Andreas Wolff behind it.

If we take the three goals France scored in an empty net, the offensive French performance was actually pretty poor.

Except for the two French one-goal leads, Germany were in control, and even though France managed to catch up with their 9:6 lead, it did not take them long to move from 9:9 to 13:9 at halftime.

The course of the game changed completely from the start of the second half, where France had apparently found solutions to everything.

They started with defence by keeping Germany from scoring for the first five minutes.

Then, they also started finding solutions in the attack, and after six minutes and 21 seconds, Timothey N’Guessan equalised at 14:14.

A minute later, things turned even worse for Germany.

Patrick Wienceck, who miraculously escaped a red card in the semi-final against Norway Friday, got his third suspension and consequently a red card.

He was severely missed in the German defence for the remainder of the match.

France took control of the match, but with Fabian Wiede as a left-handed playmaker, Germany stayed in contention, without taking the lead.

With just four minutes left, German coach Christian Prokop replaced Wolff with Silvio Heinevetter, but this did not have the desired effect.

Germany had the chance to score the winning goal within the last 15 seconds but lost the ball, France broke away and set up Karabatic’s sensational match-winning goal.