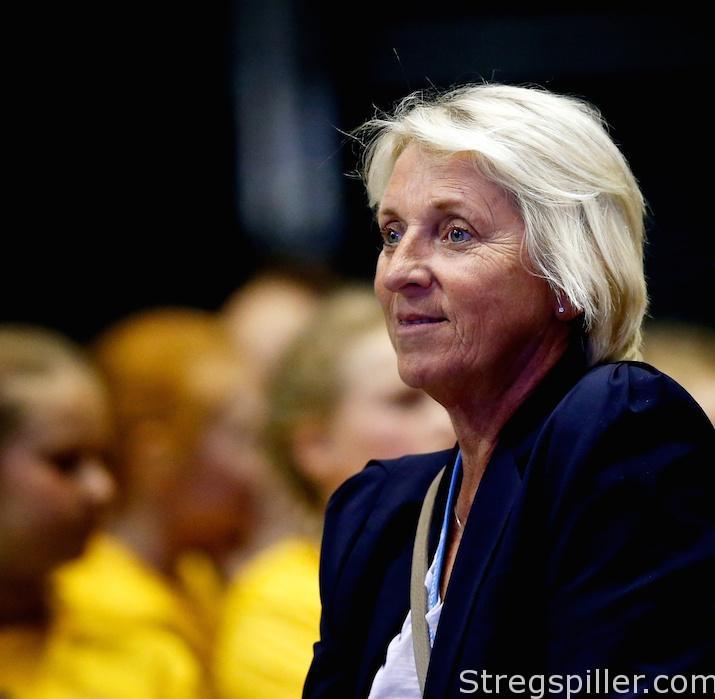 No country for female coaches

FEATURE – As female referees have “conquered” the pitch a long time ago, women head coaches are rarely seen in top handball.  Why?

Female referees are no longer a rare sight in international top handball.  They have made inroads, not only officiating matches at the women’s level, but games at the men´s World Championship 2017, and at the Super Globe, in Qatar this past weekend, as well

Yet, when you look for female handball coaches at the very top, the situation couldn’t be more different.

Over the past few decades, women who took the hot seat on the sidelines of the pitch are easily counted.  It includes club level as well as national teams.

The lack of female coaches is strange considering the fact that almost all women who did take on the responsibility were successful.

As controversial as Anja Andersen may have been, she has been a success – as coach as well as a player.

You may argue that her roster in Slagelse was too strong, making failure a remote possibility.  But you have to remember that she put that squad together herself – often arranging the money for acquiring the players by selling sponsorships.  She acted as general manager and head coach.

There are other noteworthy examples next to Anja Andersen.

Obviously, Marit Breivik comes to mind – the success of Norway’s former national team coach is beyond any doubt – she is in a class of her own.  Marta Bon also did a great job at Krim Ljubljana as long as the money was there.

Even Indira Kastratrovic, who some might not rank as a particularly successful coach, actually led Vardar to three successive Champions League FINAL4´s.

Another notable exception to what appears the rule – Raphaelle Tervel (head coach at ESB Besancon).  The former French defense specialist picked up the top job in Besancon shortly after retiring as a player.

Thomsen is the only one – right now

Despite these impressive records, women don’t appear to be eager following in the footsteps of these successful coaches.

In fact, there is only one female top coach these days – Helle Thomsen – who is in charge of CSM Bucuresti and the Dutch national team.

Someone might say that I forget Irina Dibirova (Vardar).  While she holds the “coaching” title, she does not appear to be in charge as sports director, Eduard Koksharov, guided the team to a silver medal in the 2016/17 Champions League season.

I am not forgetting Mia Hermansson Högdahl either.

The former Swedish international is obviously part of a very accomplished coaching team – maybe the best one in the world.  Still, she “only” is assistant to Thorir Hergeirsson, head coach of the Norwegian national team.

But why do so few women want to become head coach?

Part of the explanation maybe found in a story that a friend of mine told me a while ago.  He holds the top job in a big personnel consultant company.   One of his regular duties involve, finding CEO’s, often for big companies.

Once, after the usual recruitment procedure, a woman appeared to be the prime candidate for the job.

“However,” my friend told me, “as I was having my final conversation with her before recommending her to my client, she put her hand on my arm and asked: ´Do you really think I can manage that job?’

“I never had a similar experience with a male applicant!” my friend said.

Is this what it’s all about?

Do women simply not believe in themselves?  Are they afraid to take on leadership roles such as becoming head coach of a top handball team?

If you ask Helle Thomsen, this is a big part of the explanation.

“I would compare it to business life, where female executives are not as present as their male counterparts.

“Nor do you see women going from one top job to the next like men tend to do.

“When a man gets fired, he just starts looking for the next job.  When a woman is fired, she thinks: ‘I am probably not any good at this. I better find something else to do!’

“It is the same in handball.  When I watch youth handball, I actually see plenty of female coaches at U16 and U18 teams.

“However, when it comes to top handball – encountering demands and expectations from sponsors, fans and media – women drop out, because they cannot stand the pressure,” finds Helle Thomsen.

Former Danish international and back-to-back Champions League winner, Rikke Skov, who has a long career behind her in top handball, finds that the traditional gender roles play a major part in society.

“Many female handball players focus on family and raising children after their active career, and this can hardly be combined with the job as coach on top level,” says Rikke Skov, who regrets that so few women choose to become coaches.

“I think female values, such as empathy, play a great part in being a complete coach.

“This is by no means a criticism against any male coaches. I have had many great male coaches in my career, and I got along fine with the vast majority of them, but still, I think women could add some other qualities to the job.

“In fact, I believe male handball players might also benefit from having a female coach. Men also need security and reassurance from time to time,” says Skov, who spent her entire career playing for Viborg HK.  Actually, she could see herself becoming a coach, someday.

“The thought is not strange to me, and maybe this is what I will do one day, but right now, I can feel that I need a break from it all,” says Rikke Skov who ended her career last year.

“Furthermore, my situation is the same as the one I just described. I am fully occupied with family duties – actually I have my youngest one on my arm as I speak to you.

“Regrettably, I am not sure we will see many more female coaches in the future

“Most female handball players become mothers at some point, and being a mother, you feel guilty about being away from home as much as you have to, when becoming a top coach,” says Rikke Skov.

Gender plays no part – quality does

Helle Thomsen doesn’t see the role of “mother” as much of an obstacle to becoming a top coach as Rikke Skov does.

“Of course, while your children are very young, it is a problem, but once they they get a bit older, their presence should not stop their mother from being a coach.

“At CSM Bucuresti, we have players with children at the age of five or younger, and those players have no trouble combining the role as mothers and playing handball at the top level.  And why should it be so different for a coach?” asks Helle Thomsen.

Unlike Rikke Skov, she does not feel sorry for the lack of female coaches in the top position.

“I think many men possess the same sensitive qualities as women.

“It is just like with the referees.  I strongly oppose selecting women, just because they are women.

“Gender plays no part – only quality does.  Women should only be chosen if they are the best – not because they are women”, finds Helle Thomsen.