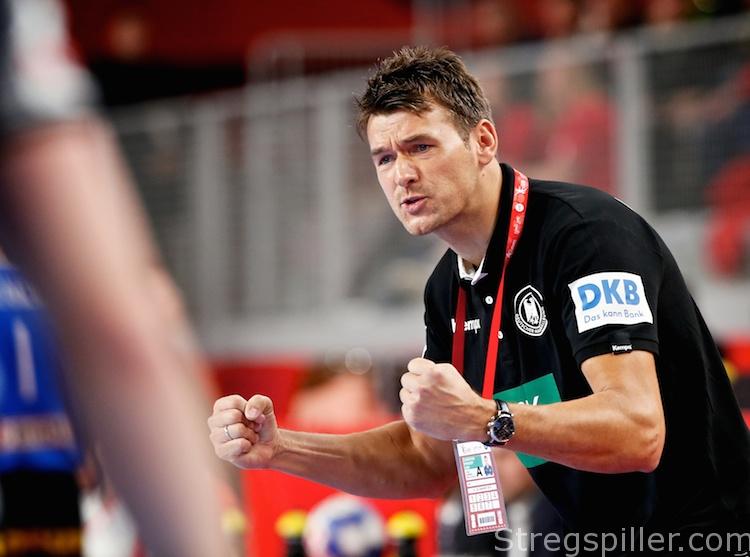 It might become a showdown for the ages, as Germany faces Spain on Wednesday evening at EURO 2018, in what will be a re-match of the 2016 final, when Andreas Wolff & Co. crushed their opponent en route to handball glory. The main round in Varazdin is one for math geniuses, as it’s hard to predict who might advance in case of a loss and / or draw. Neither Germany nor Spain are allowed to lose, while Germany will be out with a draw.

When I talked to Germany’s players and officials such thoughts don’t even come up, although the 2016 champion has played a tournament below expectations. But the performance against Denmark showed that the team does remember its qualities and the spirit of Poland seems to be back. It’s a shame Finn Lemke and Rune Dahmke joined the team late, because we wouldn’t talk about a do-or-die match if both had been in Croatia from the very beginning.

Player’s mindsets appear to be OK; nobody is even considering a loss against Spain and I couldn’t feel any arrogance. The need for self-confidence to survive a battle like the one against the 2013 World champion can’t be denied. It’s better to have too much of it rather than being afraid. Julius Kühn, who converted six of his nine shots against Denmark, talked about a united team that’s ready for a tough fight, with offense being the key to success.

“Right now, there are no more excuses. Our goals are set.

“Our defense is very good, in offense we have to find a way to show some more consistency throughout the match. We scored 16 goals in the second half against Denmark; so it can’t be that bad after all,” Kühn said.

He will be one of the clutch players against Spain, as the team needs easy goals from the back-court if they want to reach the semi-final.

With all the pressure building, they want to show everyone that this squad is still capable of beating the best of the best. Goalkeeper Andreas Wolff thinks it’s a typical German characteristic that media only talks about what doesn’t work, instead of being tough, but fair with the team.

“Sure, expectations are very high, because we won the title two years ago. But let’s not forget that we faced very good opponents and we can’t win every game by ten goals,” Wolff claimed.

Head coach Christian Prokop has become a focal point of some critics, as he caused issues for no reason, leaving Finn Lemke off the initial roster. But DHB’s vice president, Bob Hanning, told me that he (Prokop ed.) is a quick learner.

“It’s better to acknowledge your mistakes and react, rather than not reacting at all.”

Well, that’s always the case, but what else should he say? Prokop was his choice to succeed Dagur Sigurdsson and he will defend him as long as possible.

As always players are positive and optimistic before a match but this time players did have convincing statements, and their body language and the look in their eyes, leave me with a very good impression. They are hungry; they want to prove everyone wrong and they appear to be relaxed enough as well.

Germany has been walking on thin ice from the second match onwards. They could have easily lost against Slovenia and Macedonia, and they only beat the Czech Republic in the final minutes of the game.

In the battle against Spain there’s no more room for error, fortunately almost the whole roster knows how to survive critical situations. Leaving the issue of Germany’s back-court for a moment aside, Uwe Gensheimer finally has to step up and show his worth. If it all happens, I would put my money on Germany.

As strange as it may sound, when I watched the players interact during today’s media call, you could feel their determination and desire. But will it last until Wednesday evening?