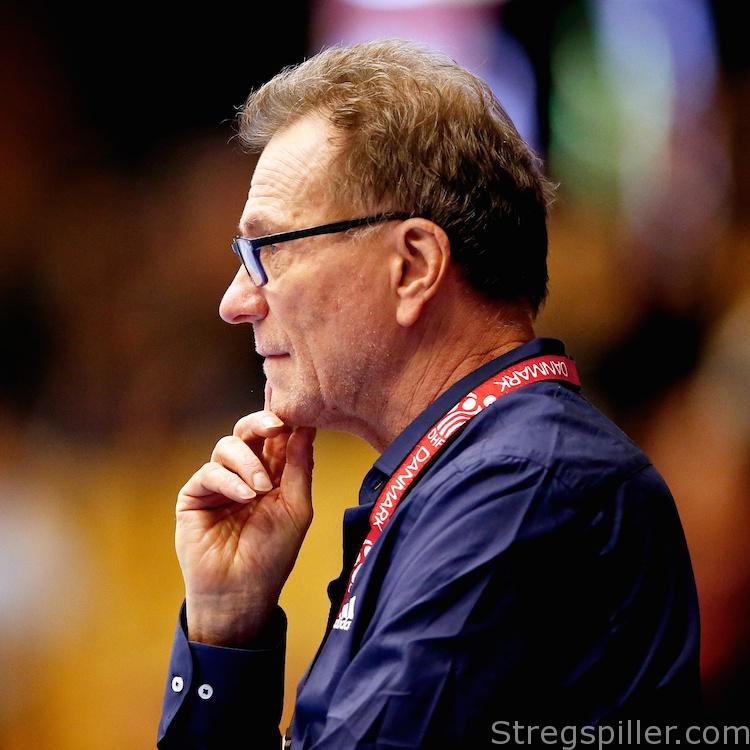 “No point asking questions now, while we don’t have the answers”

INTERVIEW – Hosting the EHF EURO often translates into having a “small” advantage. Certainly, France’s head coach, Olivier Krumbholz, tried to make the most of it last week, organizing extra training days for players of the women’s national handball team. French clubs agreed to release their players for the whole week, except the two, 2017 world champions, who play in Hungary, Amandine Leynaud and Estelle Nze Minko, who did not attend the practice sessions in Créteil.

For Olivier Krumbholz, the benefit of spending additional time together with his squad, six weeks ahead of the big tournament on home soil, is obvious.  Some club officials arrive at a different conclusion.

“The problem is not to let them practice with the national team, but the condition they are in when they return.

“Camille Ayglon, for instance, has not been playing her best (handball ed.) since the beginning of the season and she’s tired when she comes back from those national team weeks,” says Nantes’ coach, Fred Bougeant.

Blandine Dancette and Camille Ayglon, the two Nantes players, have missed games over the past few weeks with their clubs but decided to join their teammates for the national training sessions, to preserve their chances for EURO 2018.  It’s the first time ever the country will host an EHF EURO and for some of the veteran players it will be an occasion that will not present itself any time soon again if ever.

At the moment the preparations of Olivier Krumbholz are troubled by various injuries.

Only recently, Cléopatre Darleux hurt her knee during the Champions League game against Rostov-Don, and while the initial diagnose suggested that she might be out for the big event in December, it now looks more promising and she may make a surprise come-back earlier than first thought.

“According to the doctors, she might be reaching the end of her recovery by the time of final preparation for the EURO.

“Whether or not she can play, we’ll see in three weeks. There’s no point asking questions now, while we don’t have the answers,” says Krumbholz.

Laurisa Landré finds herself in a situation that’s even worse. The line player is struggling with a knee injury as well and, according to the coach, ” if the tournament would start tomorrow, she couldn’t play.

“This is a complicated situation and as things are now, we can’t think about her playing. Hopefully, we’ll have some good news in the upcoming weeks.”

Prepare for the worst

In an attempt to address the current physical troubles of some of his key personnel, Krumbholz assembled 26 players last week. Some of them had never taken part in a national training week before.

Simply put – he is trying to get more players ready, just in case some more of the regulars get injured in the remaining games leading up to the competition. A clear sign that Krumbholz and his staff are worried that things may get worse.

“We watch the games on Wednesdays and the weekends and we hope that everybody will be OK.

“But, we have a roster that’s deep enough, providing us with the opportunity to deliver results even when key players are missing.

“I also recognize that the situation is similar for some of the other nations.  Nora Mork won’t play for  Norway and  Stine Jorgensen (Denmark ed.) is out as well,” says the coach.

For now, he will keep his fingers crossed, less than 30 days before opening day. The first game will see France take on the Olympic champions from Russia, a battle of critical importance for the rest of the competition.

“From the outset, it looks like Russia will join us in the main round. So, if we lose, we’re in trouble.

“A victory doesn’t mean that we’re going to the semi-finals, but it would put us in a more comfortable situation,” concludes Krumbholz.