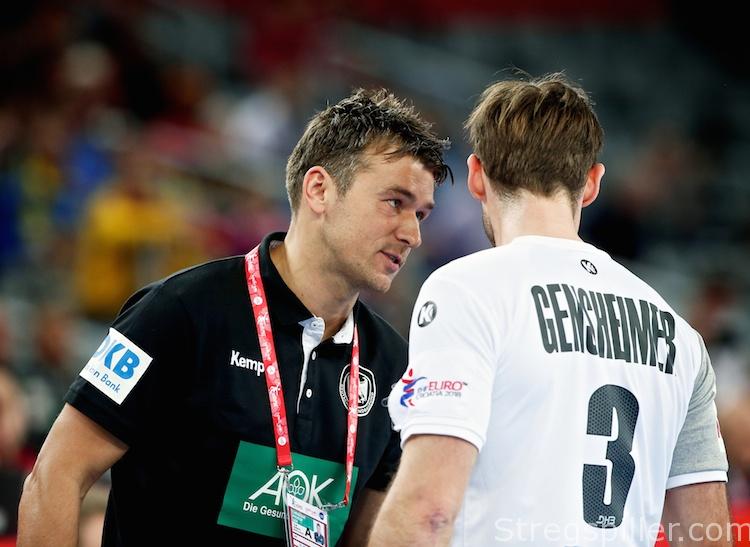 First it was easy, then there was chaos, but in the end it was all good for Germany – once again. This could have been the story of the first stage of EURO’18 for the defending champion, but it isn’t.  Two ill advised decisions by Philipp Weber, in the final minutes of the match against Macedonia, changed the prospects dramatically.  The game only ended in a draw thanks to a miraculous save from Silvio Heinevetter with less than 20 seconds to play.

Instead of taking three points to the main round, it’s just two, as Slovenia outlasted Montenegro amid threats to leave the tournament. I won’t comment on how ridiculous a decision this would have been. In any event, Germany has no room for error in the main round, where they’ll face Olympic champion Denmark, EURO 2016 finalist Spain and a stunning Czech Republic, who beat the Danes and didn’t make any prisoners with Hungary either.

Is there a scenario that Germany will beat all three of them?  Yes, there is, but chances are slim right now as the body language of the players is nowhere near the one that could be observed two years ago. It appears like some sort of leader, except for Finn Lemke, who only plays in defense, is missing. The wingers are very good, but the back-court is suffering. Philipp Weber can be one heck of a player, but his performance against Macedonia showed he still has a long way to go following his injury.

Yesterday, Paul Drux shot one for five, Julius Kühn didn’t score and Kai Häfner missed both of his attempts. Max Janke is a non-factor, both in offense and defense – unfortunately. Head coach Christian Prokop made an error leaving Lemke off the initial roster just before the start of the tournament. I don’t know if he underestimated Lemke’s influence on his teammates, but Prokop adjusted and called him back prior to the match against Macedonia.

Who can solve the problem?  I would give way more minutes to Steffen Fäth way more minutes. He got the experience, the skills, he understands the game and he knows no fear. Sure, he needs his comfort zone, although he told me, he doesn’t care if people think he’s a bit sensitive, and who cares as long as he produces? He is a fantastic of a player and I still wonder why he didn’t get a second of court time against Slovenia.

And, after a great performance by Andreas Wolff against Montenegro, the goalkeepers didn’t really show what they are capable off either. That can happen as long as the rest of the team works, but as mentioned previously, there is no room for error and the leaders, if there are any, have to step up. In Germany, expectations run sky-high  and it’s only one year until a World championship on home soil. Coach Prokop has to step up as well, getting rid of the idea that Weber should play in defense.

Now, the defending champion is in a “must-win” situation, three times in a row. Actually they’ll have to win “five of five” if they want a repeat of 2016.  I don’t see this scenario playing out right now, but if it does it could be an even bigger disappointment than Croatia not making it to the final weekend.  In contrast to the host, Germany got all their big names available, no excuses there. Sure, the team might prove me wrong and nothing seems predictable at this championship, but until it happens my doubts remain.