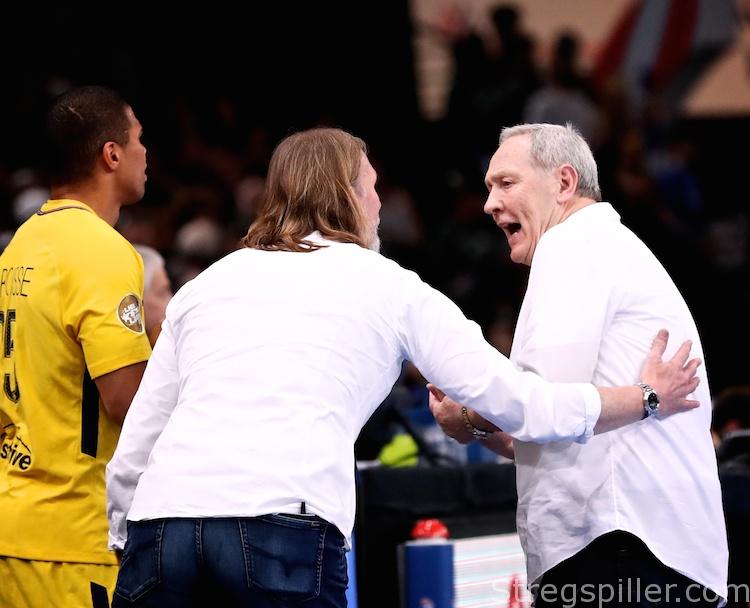 Three years is a very long time for a club with the biggest budget in the world of handball but the crew has yet to lift the Champions League trophy. And what would have applied to the club’s football team, it does for Paris Saint Germain’s handball division – to finally win the Champions League this weekend, in Cologne.

But it’s far from a done deal. Despite having delivered one of the best group phases in the new format of the Champions League, the French side arrives in Cologne with a few uncertainties in tow.

First, Noka Serdarusic will have to answer the most important and possibly easiest of all questions: ‘Who to put on the floor?’ A couple of days ago, the German-Slovenian coach announced that Luka Karabatic, who broke his thumb a month ago, wouldn’t be fit to face Nantes in the semi-final. A big minus considering how important the line player is for his team on both ends of the court. Luc Abalo and Benoit Kounkoud have not seen much time on the pitch in recent weeks either, but they should be ready to go.

Since the beginning of this season, Paris have been (almost) unstoppable in European battles but in the domestic league the squad hit the snooze button on more than one occasion. Which one of the two faces will we see on Saturday afternoon knowing they will be challenged by one of the squads that have caused them most trouble over the course of the past 9 months or so. As a reminder, Nantes won six of their last thirteen encounters against Paris – so, the glass is almost half full. Betting websites have listed PSG as the odds-on favorite, but I can assure you it’s not as clear-cut as it may look.

Once again, Paris will assume the role of favorite – how could it be different, when they’ll be sharing the court with two newcomers and Vardar, a team where many if not most players will be employed elsewhere next season?

As many of the pundits have pointed out, Paris often fail to deliver when they’re expected to so. They’ve been good since EURO 2018 as if they did not have anything to lose in the French league. So, they just played. In the Champions League they did the same.

“We calculate less, when we play against teams that are meant to be as good as us,” said Luc Abalo at some point during the season. Well, in everybody’s mind, Paris are not meant to fail – not this time.

This month of May 2018 marks the end of a cycle at Paris Saint-Germain. Head coach, Noka Serdarusic, will leave the club after the final game this weekend, while PSG took the next step under his guidance. The organization recruited players such as Nikola Karabatic and Uwe Gensheimer, extraordinary talent that finally brought them to the Champions League Final4, after three seasons of building a team that looked more like a pile of individually gifted players rather than a carefully developed collective.

With Noka out, it will be the end of an era and the beginning of a new one, and it will be better to close this chapter on top of Europe instead of …