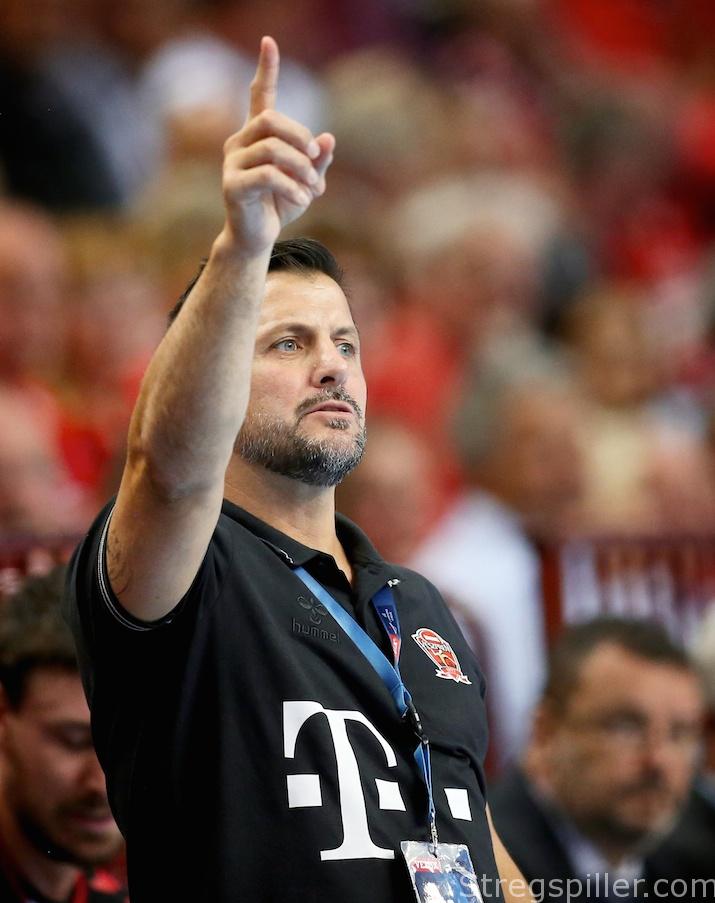 The second round of the Champions League ended without surprises.  A sensation was lurking at “Palau Blaugrana” in Barcelona, but just like the other favorites, FC Barcelona won in the end.

Just like in the first stage of the Men´s Champions League group phase, the second match day turned out as expected without producing an eye-opener.

For a moment it appeared as if IFK Kristianstad’s performance at Palau Blaugrana were leading to some trouble, when the Swedish team was ahead 29:27 against mighty FC Barcelona with five minutes left to play.

However, in what turned out as just another typical Barca game, the host managed to land a 31:29 victory after all.

Ljubomir Vranjes´ first encounter with his former Flensburg squad made this match particularly interesting.  Aside from the emotions on both benches, the match showed that Vranjes still has plenty of work ahead of him, before his new team will function close to perfection.

Unlike in his previous job, coach Vranjes has an enormous squad at his disposal.  A fact of handball life when considering that players of the caliber of Gabor Ancsin and Iman Jamali were sitting it out, on Saturday evening.

However, a large crew does not automatically spell success, which was demonstrated rather clearly in this much-anticipated match between the two handball powerhouses.

It all started well for Veszprém when they jumped to a quick 3:0 lead.  And it took Flensburg close to seven minutes before Magnus Rød – the young Norwegian was a starter instead of the more experienced Holger Glandorf – scored the visitors´ first goal.

Flensburg soon worked themselves into the match – thanks to great performances of Thomas Mogensen and Rasmus Lauge – and the North Germans made the rest of the first half an equal affair.

At the beginning of the second half, Flensburg even got the upper hand as Mattias Andersson stepped up his game.

And two minutes after the break, Hampus Wanne provided the guests with their first lead at 16:15.  Soon the one goal advantage was extended to four (22:18).

Flensburg’s coach, Maik Machulla, was rotating his bench effectively and it showed on the pitch.

But Veszprem did not cave – not in front of a frenetic, capacity crowd.  In the following minutes, Lekai and Nagy literally took the game in their own hands and turned it around, assisted by Roland Mikler who had replaced Mirko Alilovic in goal.

When Laszlo Nagy made it 28:16 with a minute and a half left, it meant game over.

Rasmus Lauge reduced the score one more time (28:27), but an Andersson save in Vezprém’s last attack came too late for Flensburg – time had run out.

Not only his nine goals on 11 attempts speak for Mate Lekai as the “Player of Round 2”.

He brought his team back into the game – almost single handedly – when the hosts were down by four goals in the middle of the second half.  His leadership during this difficult phase was just outstanding.

If Lekai continues this way, the absence of Aron Palmarsson will be hardly felt.

20 minutes into the match, the experienced left-wing finished a fast break, sending the ball behind his back into the net, reducing the deficit to 10:9.

An excellent Swedish cooperation ended with Lukas Nilsson scoring on an in-flight shot, benefiting from a well-timed pass from right-wing Niclas Ekberg.

Any fears that Sander Sagosen would not see much time on the floor at Paris Saint-Germain must be dispelled by now.

As in the first match in Kiel, PSG coach, Zvonimir Serdarusic, arranged plenty of court time for the 22-year-old Norwegian, and Sagosen said “thank you” with yet another brilliant performance.

In the first half, he replaced Mikkel Hansen on left back, and after the break, he assumed the playmaker position of Nikola Karabatic.

In the absence of a recovering Alfred Gislason (the coach received back surgery earlier in the week), former right-wing Christian Sprenger took over as head coach, as THW Kiel visited Polish champion Kielce.

Sprenger must have had Pink Floyd’s hit, “The Wall”, playing in his head throughout the 60 minutes, as his team’s offensive efforts were stopped by a very well organized Polish defense.

32:21 was the final score, as Kielce added to Kiel’s misery.

“I am proud of my team, and we deserved a point or two today”.

In the next round, a most interesting match awaits in Group A on Wednesday when Nantes meet Rhein-Neckar Löwen.  Nikolaj Jacobsen´s men will have their work cut out against Thierry Anti´s much reinforced troop.

Kiel should be able to rise at home against Aalborg – at least on paper.

On the weekend, Vardar and Szeged are expected to dominate at home against Zagreb and Kristianstad, while Barcelona cannot afford another shaky performance when visiting Wisla Plock.

In Group B, Veszprém will be put to the test when visiting Meshkov Brest who have shown promising results thus far.

Will PSG continue their winning streak when they will feel the heat at Flensburg’s “Hoelle Nord”, on Saturday?

Not only after their performance vs Kiel, Kielce appear to be the favorite in Celje.