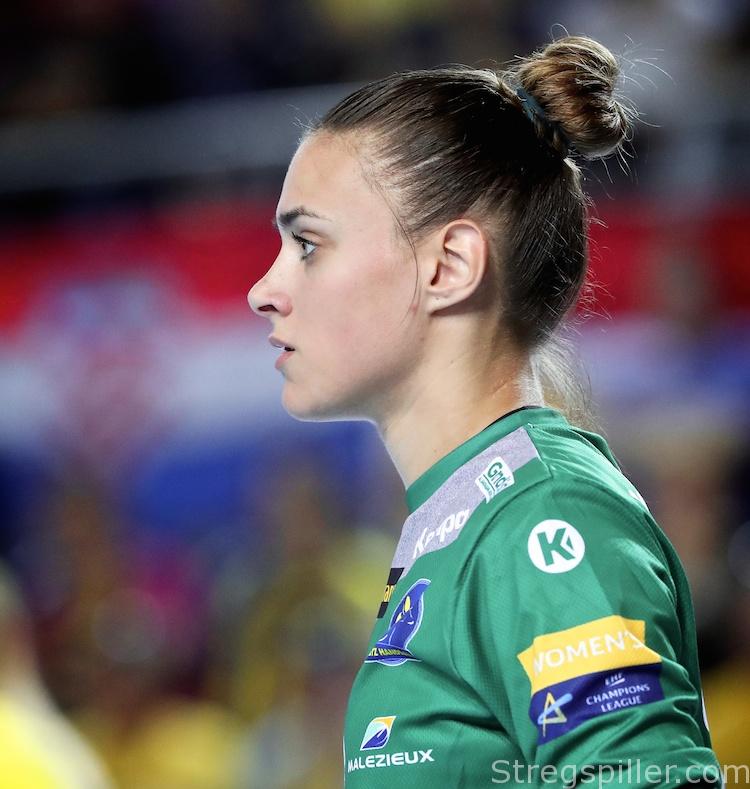 No trouble for Metz

MATCH OF THE WEEK REVIEW – The difference between number one and two in French women´s handball was made blatantly clear, as Metz won the Champions League main round derby against Brest by an 11 goal margin, on Saturday evening.

Main Round – Group I

Ranking last in the group with only two points, Brest were facing a “Last Call” to maintain a somewhat realistic chance to the quarter-finals.

However, the team from the far west of France were handicapped by missing Swedish star playmaker, Isabelle Gulldén, due to pregnancy.

Metz were at full strength and the team of head coach, Emmanuel Mayonnade, could take a major step towards a favorable position in the quarter-final.

National derbies often have a life of their own and sometimes produce surprising results.

The French main round derby between Brest and Metz did not follow the above mentioned rule – far from it.  After an early three-goal deficit, the French champion took control and never looked back.

Apart of a five minute stretch, when Metz fell three goals behind, Zaadi & Co. were in firm control, just as the halftime result indicated.

From the start, Brest had significant troubles finding gaps in a strong Metz defense, and it took them the  better part of five minutes to score their first goal, when Constance Mauny reduced to 2:1.

In the absence of Gulldén everybody was expecting more from veteran Allison Pineau, and that’s what she delivered.  She played a big part when Brest reversed course after trailing 3:1 en route to a 6:3 lead.

But, then it was Metz´ turn to score a series of unanswered goals as they took full control (9:6).

Brest´s prospects diminished even further, when goalkeeper, Cleopatre Darleux, received a red card after slamming into Marion Maubon (Metz) outside her goal area. Unintended, of course, but still, it’s the goalkeeper´s responsibility to stay clear of any opponent, whenever she leaves the area. The rules are clear and her expulsion from the game was inevitable.

As a result, Swedish international, Filipp Idéhn, spent time between the goalposts for the rest of the match – unsuccessfully as Metz built a seven-goal lead.

Metz´ impressive finish towards the end of the first half and the limited options of coach Laurent Bezeau (Brest) all translated into an early decision of the match.

Bezeau tried all he could, particularly in attack, where he tried Tissier as well as Danish newcomer, Melanie Bak, but without much success.

A relentless Metz continued to increase their lead and by the 40th minute, the visitors enjoyed their first 10-goal lead, when Laura Flippes made it 22:12.

The convincing victory all but assures a quarter-final participation for Metz, and judging by their performance this Saturday, they must be considered a serious FINAL4 contender.

Next Sunday, Metz can take another big step in the right direction, when they receive Danish champions, Kobenhavn Handball, the team that Brest still hopes to catch.

But, right now, the club from the West-coast of France, appear to be the weakest candidate in this main round group.