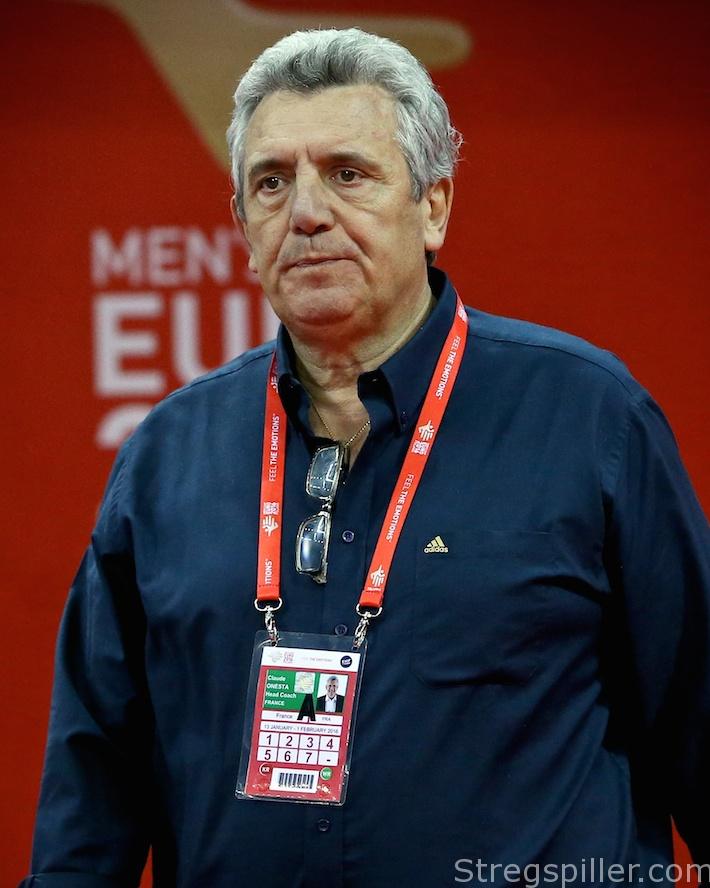 No more undefeated teams in Rio

There are no undefeated teams in the Men´s Olympic tournament anymore, after France and Slovenia suffered their first losses in the competition.  Croatia, Denmark and Germany are all in the quarter-finals.

”You are at the Olympics, not at a funeral!” Slovenian coach Veselin Vujovic found it necessary to remind his players during a timeout in their opening match against Egypt.  Such words did have an effect. Following a narrow 27:26 win against the squad from Egypt, Vujovic´s team performed brilliantly in their next two matches and were on top of the group before facing Germany.

Still, Vujovic saw a need to change his lineup, as he replaced left-back Nik Henigman with playmaker Miha Zarabec.

While Slovenia took to the court with three straight wins, Germany suffered their first defeat in round 3 of the group phase, losing 33:30 to Brazil.

A key question before the encounter – would Germany practice a seven-against-six attack as much as in their previous matches – and would Slovenia be as successful in finding solutions against such tactics, as they were against Brazil?

From the beginning, the game was dominated by the defense formations of the two teams.  Slovenia´s 3-2-1 defense caused Germany particular problems in the early minutes, and it took coach Sigurdsson’s crew almost seven minutes to score their first goal, when Tobias Reichmann reduced to 1:3.

However, Germany´s 6-0 defense system also proved to be efficient, and after a Slovenian 5:2 lead, Germany came back equalizing the score at 5:5.

No less than nine two-minute suspensions in the first 30 minutes alone, made it almost impossible for either team to maintain a rhythm.  Slovenia appeared to be better equipped in coming to terms with the referees’ decision-making process.

Veselin Vujovic´s men were up by two goals several times, and even though the Germans kept coming back, Slovenia had the upper hand at half time.

Slovenia went up by a couple of goals, but a more aggressive German defense soon changed the course of the game.  On the other side of the court, Tobias Reichmann provided for Germany’s first lead (15:14) – he and his teammates would never look back.

The score was soon increased to 17:14 and 19:15, and towards the end of the game, Germany even went up by five goals before settling the final tally.

Dagur Sigurdsson’s tactical adjustment to move his 6-0 defense a bit back at the start of the second half turned out to be critical, as it caused serious problems for Slovenia´s offense.

The man from Iceland on the German bench had more success with his tactical move, pulling his defense a bit back.  Whereas Vujovic was unable to find a good answer – he chose to direct his frustrations against the referees instead.

With six points each, both teams have reached the quarter-finals.  The main objective for all teams in Group B obviously is to avoid meeting France in the first elimination round.

Other matches in Group B

A penalty save by Maik Santos in the Brazilian goal with 14 seconds left secured the hosts a fortunate draw in a match, in which they were trailing almost all the way.

While the draw kept Egypt’s quarter-final hopes alive, Brazil with five points can still not feel sure of reaching the last eight.

Sweden is out of the Olympics after their fourth straight defeat.

In a thriller, that saw Sweden in the lead several times, Poland won in the end and are still in the race for a spot in the knock-out round of the tournament.

Ivan Pesic became the hero for Croatia in the dying seconds of the game, saving a penalty from Michael Guigou, who until then had scored 10 goals on 10 attempts.

His last shot was the culmination point of a most entertaining match, in which both teams practiced seven-against-six attack from time to time.

Croatia had the upper hand most of the time, but when coach Onesta added left-back Timothey N´Guessan early in the second half, the 24-year-old, future Barcelona player, seemed to be the answer to France´s attacking problems.

Still, Croatia managed to take the win in the end, joining France in the quarter-finals.

Following an “insane” finish – Denmark was able to change a one-goal deficit into a one-goal win within the last minute of the game – coach Gudmundsson’s crew has reached the quarter-finals.

Qatar had possession with 5 seconds left to play, at the score of 25:25, when René Toft Hansen conquered the ball and sent Mikkel Hansen off to a counter-attack, which he finished by sending the ball past Danijel Saric in Qatar’s goal just before the final buzzer.

The goal concluded a close game with changing leads.  The result leaves Qatar struggling for a quarter-final berth with three points ahead of the last match day.

Tunisia had lost their star player, Barcelona left-back Wael Jallouz to injury, and without him, they were unable to repeat their draw against Qatar two days earlier.

Consequently, Argentina booked their first win in the tournament, and both teams still have a theoretical chance to reach the knockout stage.