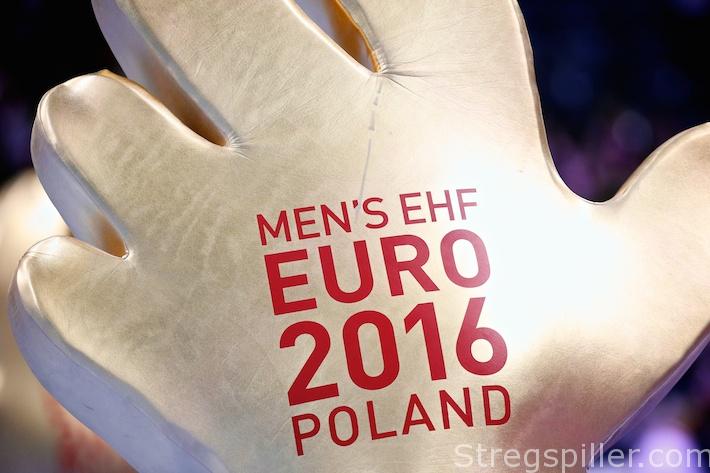 No work, no problem

He’s outspoken, he’s charismatic, and he’s a good player.  Still German “stregspiller” Christoph Theuerkauf is currently without a club.  It’s strange because when you look at his career and his age, – he’s still just 31 years old – you might think a lot of teams could use someone like Theuerkauf.  So, I gave him a call to ask him about his current situation, talk a bit about his career and chat about the new rules and certain ideas of IHF president Hassan Moustafa.

What I noticed right away, “Theuer”, as he is called, doesn’t seem to be too frustrated.  He’s well aware of the market and says: “I know that it’s just a tough year to find a new club as a line-player.  All clubs in Germany are set on my position.  But I know that’s not really my fault, so I have to focus on staying in shape and to be ready when the phone rings.”

Theuerkauf has scored over 100 goals over the course of a season five times in his career and more than 1.000 goals overall during his time in Magdeburg, Lemgo and Balingen.  He even wore the German national jersey almost 60 times.  Quite an accomplishment but a lot of managers see him as a defensive liability – a perception that was created a long time ago.

“When I started my career in Magdeburg I even defended in the middle for a while, but our other line-player, Sigfus Sigurdsson, had back problems, eventually he only played in defense and I took over in offense.  For some reason, I never really got another chance in defense again.  But to be honest, I guess I also lost the rhythm – at least a bit – that doesn’t exactly help the situation.”

During the past four years he was part of HBW Balingen-Weilstetten, a team that’s always on the edge of relegating back to Germany’s 2nd league.  But the club was cash-strapped and desperately needed more reinforcement in the back-court, so Theuerkauf became available.   “I knew early enough, but still it’s not in my hands, it also depends on what a club needs and what plans they have.”

Not only would Theuerkauf bring a ton of experience to his new side, but also a great locker-room presence.  He’s a true motivator, a great leader and could help making young players better.  Right now he’s training by himself, sometimes joining the sessions of second-league club TV Neuhausen.  “I could start right away, but I’m sure my time will come.  I will just need to stay patient.”

The Bundesliga veteran uses his new spare time to improve his foreign language skills, Spanish is currently on his list.  “I guess the Spanish league is not really an option, because it’s not what it used to be, but I like to travel and also had a lot of Spanish-speaking teammates in the past. I like to talk, so why not do something useful?”

When he’s not training or learning languages, he’s still watching a lot of handball.  “It’s great to watch the German national team. It’s incredible what they are doing right now.  We have so many great young players and I’m very proud of them.  I’m not part of the team anymore, but you can be sure I’m a die-hard supporter!”

He is less of a fan when it comes to the new rules.  “Handball is a great sport.  Why so many changes?  And when I think about the proposed idea of the IHF to play without resin, I can’t believe it will actually happen.  How should I defend my position with one arm and then catch the ball with the other?  It’s almost impossible.  I hope they will reconsider this idea.”

I sure do as well, because that type of madness has to stop.  And I hope, although it probably means somebody else has to suffer a major injury that Christoph Theuerkauf will be back in business sooner than later.  Handball needs personalities like him during a time when – especially in Germany – football is “destroying” all the other great sports.  But no matter what – Christoph Theuerkauf is always worth a story.