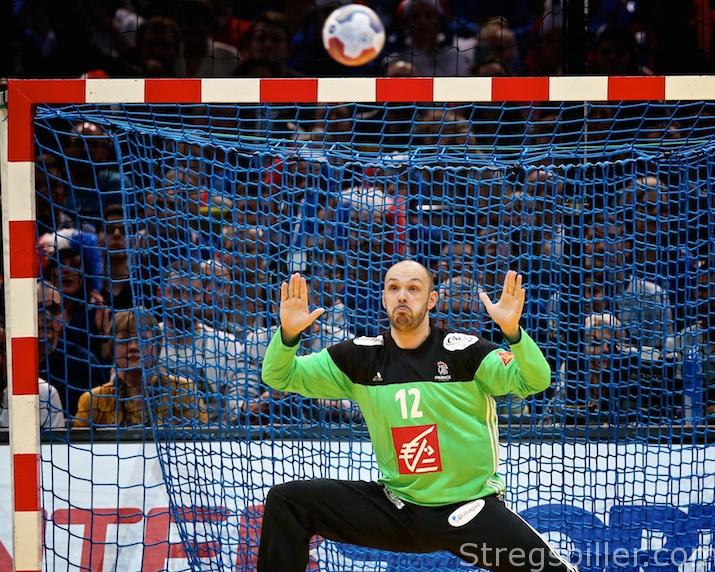 “Nobody to hide behind anymore”

As EURO 2018 is around the corner, it’s time to focus on the dominating force in men’s handball – France, the reigning world champion.  Kevin Domas caught up with goalkeeper, Vincent Gerard before a final test at the Golden League tournament on home soil.

After one week of physical training, you must be looking forward to the competition…

VG:  Of course we all are – especially since it’s (EURO 2018 ed.) going to be here very quickly. We took a break – not from handball – but from competition for the past two weeks and it’s nice to come back and prepare for some very exciting games.

Having to train hard like you do, in the middle of a busy season, how does it feel?

VG:  For sure, it’s not the funniest part of the job.  But you have to do it and it’s easier when everybody wants to go to the European championship. When everybody is pushing in the same direction, it motivates all players.  From a physical perspective, France have always been one notch above their opponents and maybe it’s because of training sessions like we did in Capbreton after Christmas – real tough sessions, that will make the difference.

Did you miss this physical supremacy at the Golden League games in Norway ?

VG:  Obviously we did, even though it wasn’t the only element we missed.  Norway and Denmark ran faster, did things more accurately than us and as a result we lost the two games. But it’s behind us now – the real competition is about to begin.

Did anything good come out of the  two losses ?

VG:  It’s a reminder that if we don’t play 100%, we’ll lose.  That’s not something we learnt there.  Everybody knows how hard the task is.  I can’t think of anything else, but it shows that there is no room for us to relax, and that our opponents are always right behind if we slow down.

Do you think that France isn’t feared as much as they were a couple of years ago?

VG:  No, I don’t think so.  This team’s DNA is “to not rest” – ever.  The young players that saw their first international games in October witnessed that you don’t win because you’re wearing the jersey of France, but because you are working hard, every day.  You can’t take anything for granted.

This EURO will be your first without Thierry Omeyer by your side.  How does it feel?

VG:  It’s different. With Thierry, in a way, it was much simpler.  He knows every player, how they shoot and that was comforting for me, in a way.  Now, there’s nobody to hide behind anymore.  It’s a different reality – a little bit like when I’m playing with Montpellier, except on a higher level.  I’m really, really excited to experience the tournament this way.

How does your experience in Montpellier help you?

VG:  Well, I’m 31 years of age, I’m getting older, and I’m gaining experience and maturity along the way.  You’re better prepared to deal with these kind of events.  Having played a Champions League quarter-final, having progressed in my game, I see things differently.  But the truth will only unfold on the court.  I don’t feel like I’ve settled in just yet.  In 2014, I may have put too much pressure on myself to perform at all costs. Now, I see things different. In team sports if one link of a chain doesn’t work properly, the entire team is in jeopardy.  But putting too much pressure on yourself isn’t necessarily the best way to make everything work either.

You were elected “Best Goalkeeper” at the last World Cup.  Is this a burden to live up to, now?

VG:  Not at all.  I played a good world championship, but I was even happier for the team.  Just because I received an award, it doesn’t mean I have to stop working.  I don’t enjoy any kind of extra status, and I know that if I fail to deliver in the Golden League or in Croatia, the award won’t mean a thing.