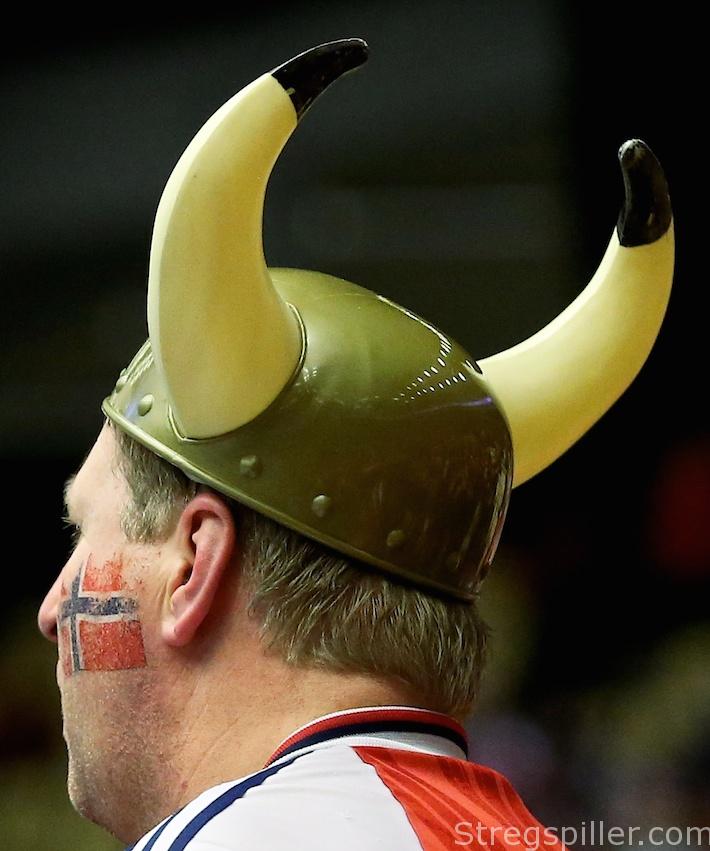 Norway – The best team in the world?

Norway pulled off the biggest sensation at the European Championship defeating the Polish hosts 30:28

“Norway are best in the world!  Do you hear me, Margaret Thatcher, you boys took one hell of a beating tonight” and plenty of similar stuff came out of Lillelien´s mouth that night.  If he would still be among us, he would have said something similar about Norway´s 30:28 win against Poland last night.  Understandably, Norway’s media outlets are still euphoric the day after the triumph.  Before Norway accomplished the handball miracle, France had swept Croatia in decisive fashion.

Both teams were under the same kind of pressure, having lost against one of the other teams during the group phase already.  France drew the “short stick” in their encounter with Poland (31:25), while Croatia suffered a surprising 34:31 defeat to Norway.  France had another problem, though.  Adding to all the injury problems, coach Onesta had to replace one of their best players. Adrien Dipanda compensated for Kentin Mahe.

A determined and very well-playing French team had a surprisingly easy task against a disappointing Croatian team, who was only able to offer real resistance in the first 20 minutes, losing their confidence astonishingly fast in the reminder of the match.

After an equal start France soon took over and shortly thereafter, they went from 6:6 to 9:6.  Karabatic & Co. were completely dominating the game.  Led by a brilliant performance of Nikola Karabatic, France’s fluent play of attack and counter movement was too much for Croatia’s defense. Croatia also missed too many opportunities at the other end of the court.  With a scoring percentage of 45 against 76, any team is sure to lose and that was what Croatia did in the first half, down by six goals.

From the start of the last 30 minutes, French dominance turned into a real humiliation. Onesta’s team continued in a hurry and less than seven minutes into the second half, Daniel Narcisse increased the gap to 11 goals (22:11).  Only when the match lost a bit of its intensity was Croatia able to reduce the deficit a bit, but not by much. The rest of the game saw both squads trading goals but France never went below a seven-goal advantage.

Thierry Omeyer´s goal from his side of the pitch into an empty Croatian goal, making it 31:23 with a bit more than two minutes left.

France removed any lingering doubt that they are not among the top favorites for the title – Norway will take note of it.  Croatia, on the other hand, will have to win their last match against the Polish host on Wednesday evening, to keep their semi-final hopes alive and on top of it, they will have to rely on other results going their way.  However, based on their performance this Saturday evening, it is hard to see, where they will find the motivation.  Croatia will have to dig deep.

Both teams had qualified for the main round with a maximum of four points and both squads had ended their group phase campaign with impressive wins.  Poland had defeated France as clearly as 31:25, while Norway had pulled-off  a minor sensation by defeating Croatia 34:31.

Norway’s victory against the home team in front of 15,000 spectators was the biggest upset at this EURO – and it was well deserved. The Polish squad never found solutions against a flexible and hard-fighting Norwegian defense – and on the other side of the court, star playmaker, Sander Sagose was unstoppable.

The Norwegian back-court line, consisting on Harald Reinkind, Sander Sagosen and Espen Lie Hansen kept the Scandinavians in the match during the first 15 minutes.  The three played a major role in Norway coming back from two three-goal deficits to equalizing the match at 7:7.

All of a sudden, Norway’s wings (Kristian Bjørnsen and Magnus Jøndal) also became dangerous and after 17 minutes Jøndal gave Norway their first lead at 9:8.  One should not believe that 15,000 people could be silent but they were, when Norway´s right back, Kent Robin Tønnesen brought his team three goals up at 15:12.  Towards the end of the first half, the crowd in Krakow’s Tauron Arena soon became noisy again, when Poland came back reducing the deficit (15:14).

Poland were expected to come out of the locker-room with all they got from the start of the second half, while the few players, who were carrying the Norwegian team were supposed to fade.  It did not happen.

Norway soon got up by three goals again and each time Poland managed to reduce the gap, Espen Lie Hansen & Co. soon established another three-goal lead.  By the time, Kent Robin Tønnesen made it 30:28 with one minute and 15 seconds left on the clock the matter was decided.

Considering Norwegian reactions subsequent to the game, it comes as no surprise that Norway’s media is already looking forward to the semi-final.  Undefeated in their group, Norway definitely has a chance to enter the final round at EURO 2016.  However, they will have to get past France on Wednesday and that may be difficult.  Poland will have to beat Belarus on Monday night and Croatia and hope for the best.  But coach Biegler’s crew will have to find more tools in their tactical arsenal, than they pulled out against Norway in order to succeed.  Maybe the support (and expectations) from 15,000 spectators and an entire nation has turned into pressure rather than advantage?