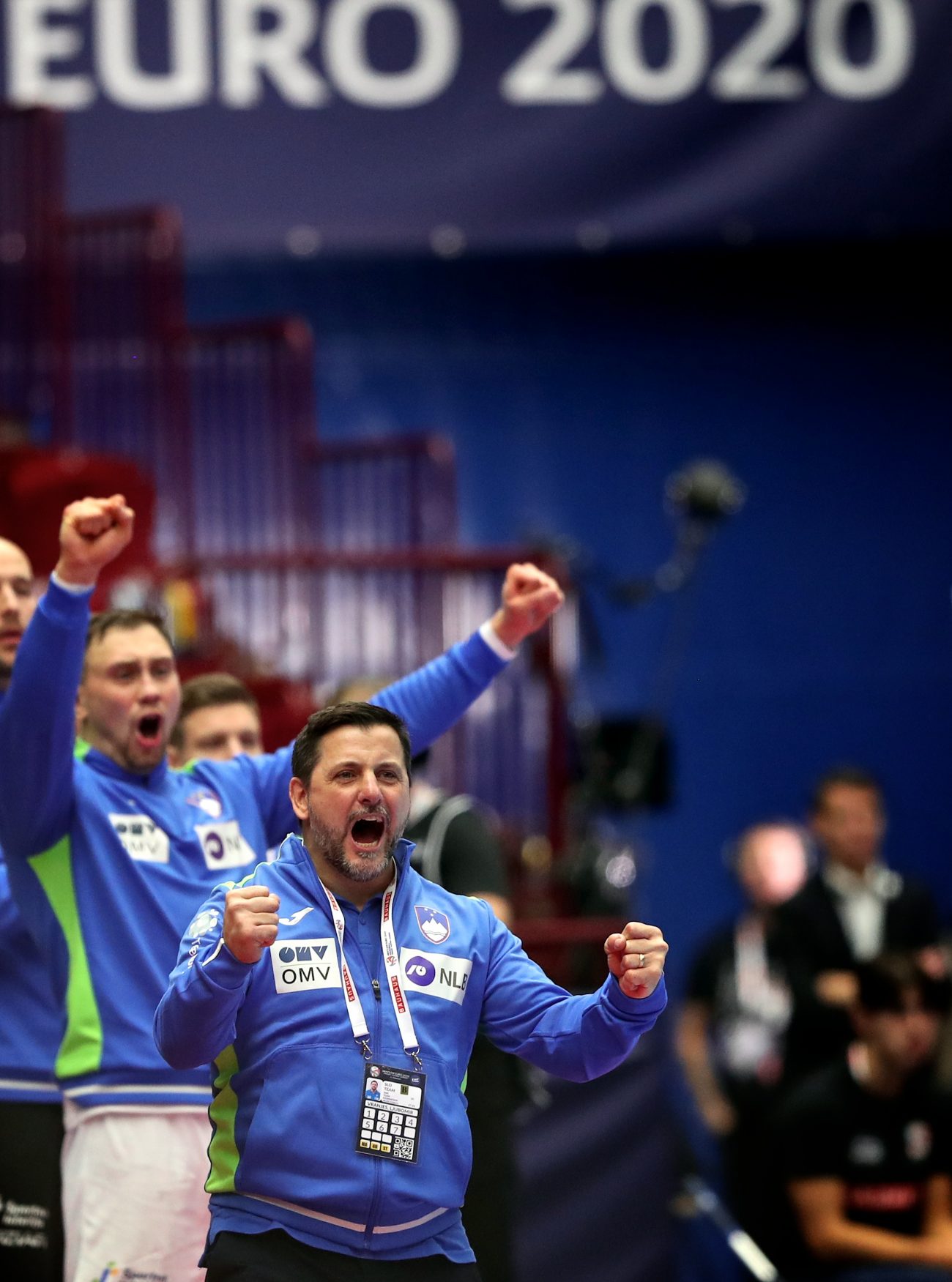 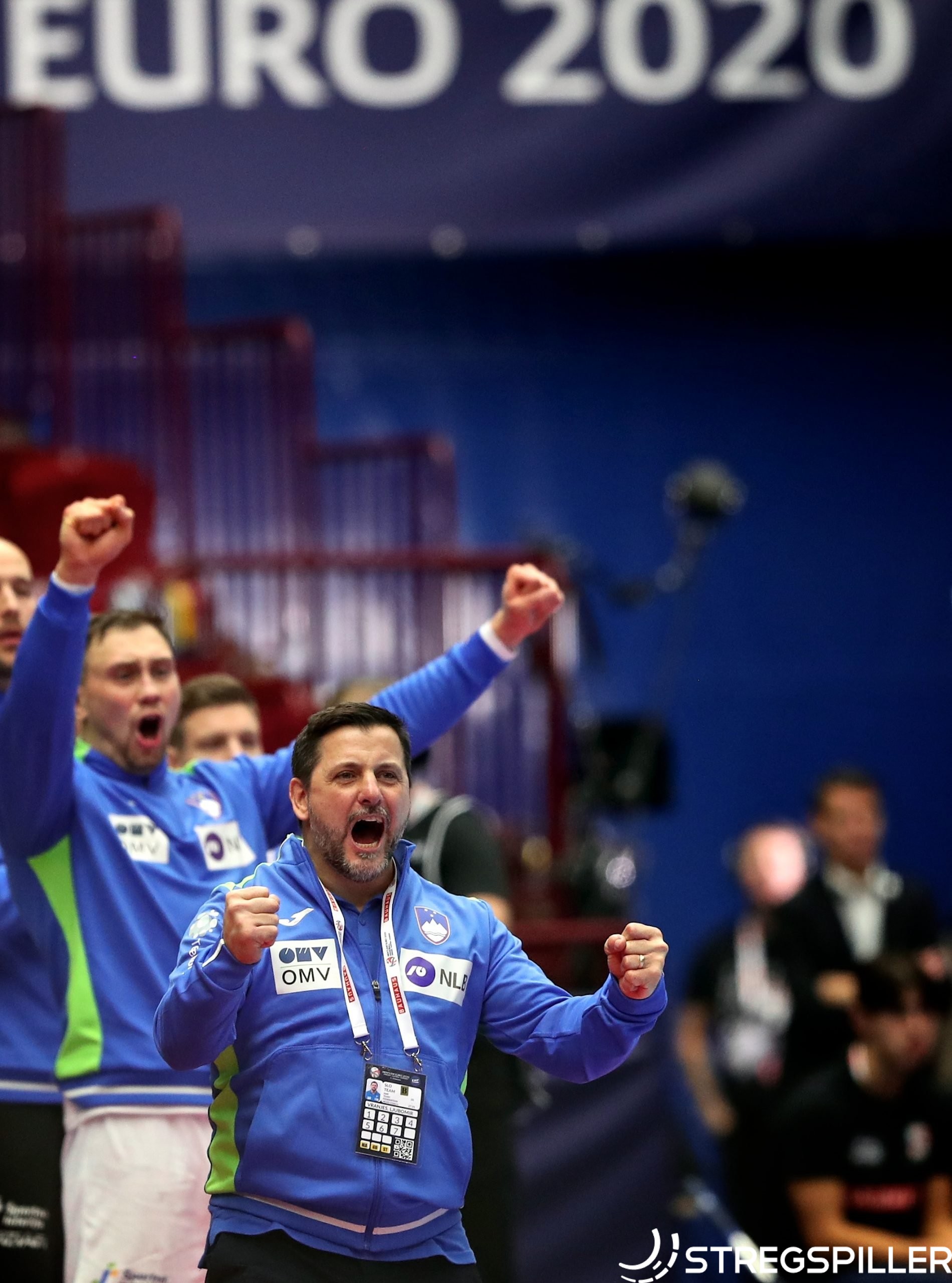 Norway needed one win out of their last two matches to secure a semifinal spot at EURO 2020.  But, the real clash of the day was the first game between Slovenia and Portugal, as  the men of coach, Ljubo Vranjes, could move closer to the “final four” if they booked a victory.

Thanks to a strong second half, Slovenia took the points winning 29:24.

Playing in an almost empty arena in the middle on a Tuesday afternoon was not exactly the best way to get your blood pumped up before a decisive game. Yet, those were the conditions when Portugal and Slovenia entered the court, at Malmo Arena.

No team was able to get a proper break in the first half andPortugal went back to the locker room with a one-goal advantage (15:14).  Andre Gomes, who just got off the injured list scored four of his game high six goals in the first thirty minutes.

As a matter of fact, Portugal’s lead could have been been more significant if they had not suffered so many turnovers. Each of them was punished by Blaz Janc as his five goals helped Slovenia stay in the game, despite their lack on the defensive end.

Slovenia looked different after the break courtesy of Jure Dolenec. Quiet during the first half, the right-back almost decided the match all by himself after the break.

By the time Slovenia were up by five goals with less than ten minutes remaining, it was clear that they were on the road to victory. Portugal’s 14 turnovers were just too much  to expect a win.

Jure Dolenec – five goals and as many assists in thirty minutes, the right-back had a major impact in Slovenia’s offense.

The game between Iceland and Norway was sealed after ten minutes, when Norway led 7:1, thanks to several fast-breaks, run by Magnus Jondal and Christian O’Sullivan. The young Icelandic guns reacted after the break and came back within three, thanks to Olafur Gudmunsson’s long-range rockets. But, in the end, it was not enough to prevent Norway taking the 31:28 win.

Sweden, on the other hand, landed their their first victory in the main round against Hungary, 24:18.  The hosts were just that much fresher in the second half, led by Jim Gottfridsson, who finished the game as top scorer with five goals.

Norway are through to the main round and will secure their top spot if they don’t lose to Slovenia, on Wednesday. The second ticket to the semi-finals will go to either Slovenia or Hungary.

The math is pretty simple: If Slovenia take one point against Norway, their trip to Stockholm will be secured. Otherwise, they’ll have to cross their fingers, hoping that Hungary don’t beat Portugal. If Hungary and Slovenia both finish with six points, Hungary will go through, thanks to their 29:28 win in the direct encounter with Slovenia.

“We needed those two points really bad and we played amazingly well tonight, against a very strong team. The key for us was the same as in the other games in the tournament – defense. In the first half it was not perfect in the first half but we still scored some fast-break goals. It was much better after the break, when Portugal were forced to turn the ball over. I could score quite a few easy goals, so that’s always nice, of course.”

“We tried to stay calm because we knew that we didn’t play well in the first half. We had a lot more reserves, much more than they had.  In the second half, their goalkeeper was impressive, still we managed to win it by six goals, I think – it showed the good character of the team. On Wednesday, against Norway will be an important game for us. We achieved our goal for Olympic qualification, but we want to go to the semifinals, now.”

“We are really disappointed and sad as we did not have our best game tonight.  We lost too many balls, which is unusual. Every mistake we made was punished. There were also decisions that didn’t go our way, making us feel like we are still a “small” team, but these are things that we can’t control. Now, we have to bounce back to finish the tournament on a happy note.”

“It was good that we managed to take an eight-goal lead early in the game,  as it made things easier for us. From the start, our defense was really well adjusted, we got the two points and that’s most important. With every game we play, we’re more confident in what we do and that’s key. On Wednesday, we’ll go for the win again even though we’ve reached the semifinals. It might allow the coach to give time to some of the other players. Playing those two games back to back is tough, but it’s the same for everybody.”

“Today, we shot ourselves in the foot as we started with good intentions.  But, we lost balls and they were ahead by seven in no time. In the second half we played much better. We were more aggressive in defense and the young players did a great job. But, honestly, you can’t hope to win a game when you’ve made so many mistakes in the first ten minutes.”

“We are so disappointed, I don’t know what happened. We missed a lot of chances, in attack as we did not do, what we had planned for and Appelgren’s performance was immense – congratulations to him for such a great game. We are tired – it is starting to kick in because of our style of handball. We will rest and we will focus on the next game, as there is not much time to recover. We hope to win and progress to the next round as we can still qualify.”

“It was a tough match and it was what we needed, because we are young and we don’t have that much experience. 18 goals is not enough to beat them. So, we need some recovery time – 17 hours or less, I don’t know. It’s not enough for anything, but that’s it. We will fight for the semifinal – it’s the big dream for us. I don’t think anybody thought that we would be here and that we would have a chance to go to the semifinal. It’s our last chance and we have to win – nothing else matters.”