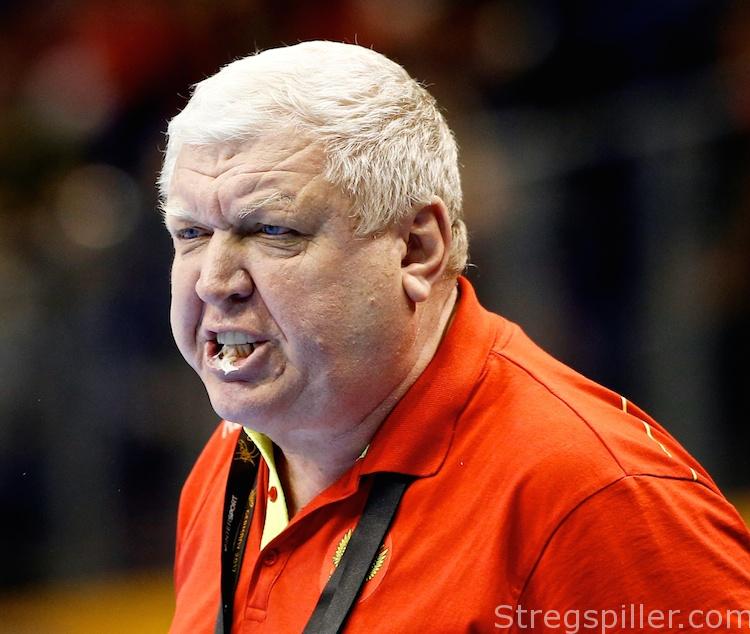 Norway smashes Russia and Abbingh takes Netherlands to the semis

Norway and the Netherlands are ready for the semi-finals following the last quarterfinals on Wednesday, in Magdeburg.

While The Netherlands had plenty of trouble overcoming the Czech Republic, Norway trashed Russia by an amazing 17-goal margin.

The result was indicative of a fairly clear Dutch win, but as a matter of fact Team Oranje had quite some trouble against a hard fighting Czech team who managed to catch up three times in the second half.

Not until the final minutes were The Netherlands able to decide the match in their favor and a game high 14 goals from Lois Abbingh helped a great deal.

At the start of the game, it looked a walk in the park as The Netherlands went ahead 7:1 and 8:2 without meeting much resistance.

Lucie Satrapova, in goal of the Czech Republic, did what she could to keep her team in the match. But it was far from enough as the Czech team was unable to benefit from having two players more on the court for nearly two minutes between the eighth and the 10th minutes.

After changing their defense to a 5-1 formation, however, the Czechs got a bit of a stop to the Dutch goal avalanche, and it also helped Satrapova to increase her saving percentage.

Already before half time, the Czechs managed to reduce the deficit to just one goal and when Iveta Luzumova opened the second period scoring the equalizer (17:17) the game looked different, all of a sudden.

However, they did not achieve more than that as the Dutch increased their lead again. And in the end, the experience and deeper bench of The Netherlands decided the first battle for the semifinal.

The two nations are known for playing some of the best handball there is, virtually every time they meet. Naturally, expectations were running high.

Norway stumbled once during the tournament, as they lost the match for first place in their group 31:28 to Sweden.  It was also the reason why they ran into Russia in the quarterfinal already.

Russia had shown some signs of weakness in the Round of Last 16 against South Korea when they were forced into extra time before Russia won 36:35.

Competitive matches between Norway and Russia have a history for being close – this one was not of them.  Far from it!

Norway, played their best handball match so far at the 2017 World Championship, rolling over the reigning Olympic champions in Magdeburg’s Getec Arena.

10 minutes in the first half aside, the Norwegians were dominating a disappointing Russian squad in all possible ways, and it is difficult to see which team can stop the Scandinavians from taking yet another title.

Norway shocked their opponent from the start of a fast-paced game, where Russia encountered enormous problems getting the ball past a stellar Katrine Lunde in goal.

At the other end of the court, the Russia’s defenders appeared stationary, unable to disrupt a marvelous Norwegian offense.

But even though Norway went ahead 5:1 and 8:2, Russia´s coach Evgenii Trefilov did not call a timeout.

Instead, it was Thorir Hergeirsson who saw a need to talk things over, after Russia had cut the deficit 8:5, courtesy of three straight goals.

Russia managed to reduce further to 9:7, before Norway took off for good, enjoying a seven-goal lead at the half time buzzer.

If Russia were still dreaming of a comeback, that hope was crushed from the start of the second half.

While Norway showed their far best performance in this championship, Russia were a deep disappointment, and an otherwise outspoken coach Trefilov remained surprisingly passive.

Not until 10 minutes before the end of the game – his team was down 29:13 – did he take his only timeout in the second half.

Just as Trefilov was not on fire this Wednesday night, in Magdeburg, neither were his players.

It almost seems unfair to award one Norwegian player given the fabulous team performance. However, Oftedal stood out once again.

The speed she brings to Norway’s attack, her vision and her ability to score without notice are only some of the qualities, she brings to the game. And, of course, it should not go unmentioned that she scored eight goals, one less than top score, Nora Mørk.

Quote of the Day:

“Perhaps this is the best Norwegian team since I took over all these many years ago.”

Norway are ready for the semi-final against The Netherlands in Hamburg this upcoming Friday, and one can only wish the Dutch ladies best of luck.

France and Sweden will meet in the other semi-final.