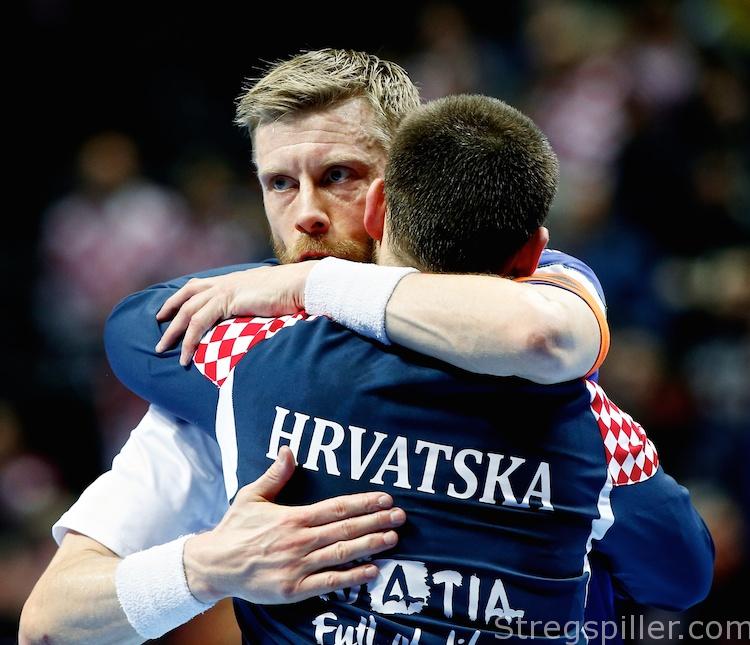 INTERVIEW – At the age of 40, Gudjon Valur Sigurdsson decided to call it a day.

One of the very best handball players on left wing ever, announced the end of his career as the Covid-19 pandemic is causing havoc around the globe and only four weeks after his last match for Paris Saint-Germain.

According to Sigurdsson the time was right, he explains in this interview with stregspiller.com, as he looks forward to his new job as coach in Gummersbach.

The handball month of April ended with a bang and for once, it was not directly related to the spreading of Covid-19.

Gudjon Valur Sigurdsson called an end to his long and glorious career. Paris Saint-Germain was his last club as a player, where joined last summer replacing another world class left wing, Uwe Gensheimer, who went back home to Rhein-Neckar Löwen.

“My time has come.

“At this time it just felt like the right thing to do, even though it was not an easy decision,” Gudjon Valur Sigurdsson explains.

The lockdown caused by the Covid-19 stopped handball all over Europe and therefore the match at Lidl Star Ligue, at home against USAM Nimes – PSG won 39:29 on March 5th – turned out to be his last game.

“Of course, I would have liked to finish the season with PSG, but I respect the decisions made by the people, who are supposed to know about these things, and I am not sad at all,” says Sigurdsson, who has won practically every title in European club handball and who was part of Iceland´s biggest triumph ever, when he clinched Olympic silver, in Beijing, in 2008.

“Regrets, I have had a few, but then again, too few to mention,” sang Frank Sinatra in his signature song “My Way.”

Gudjon Valur Sigurdsson couldn’t have said it any better, even though he is missing the 2020 VELUX EHF FINAL4.

“I would have liked to play and finish what we started together as a team, but I do not have a vote and therefore I am not going to waste any energy or time wondering what could have been.

“There is not one “Best Solution” and there will always be someone, who is not happy or thinks that the decision (the EHF re-scheduled the 2020 FINAL4 to December 28-19, 2020 ed.) is unfair.

“That’s the reason why I choose to concentrate on things, which I can influence,” concludes Sigurdsson, who recorded an impressive 364 international games for Iceland, scoring a record-setting 1.875 goals in men’s international handball, in addition to representing an impressive lineup of Europe’s finest clubs.

PSG aside, Rhein-Neckar Löwen, THW Kiel and FC Barcelona are just a few of the most prominent stops, in his long and impressive career.

Impossible to select one

Although, he won a remarkable 17 titles on the national as well as international club level, none of the teams he represented stands out as the one he liked best.

“I cannot and will not choose between them. I am just grateful for all the great experiences I’ve had.

“Likewise, I am unable to point out any moment in my career that could be described as the “greatest”.

“To me, there have been too many great memories to pick just one special moment,” he says.

From left wing to coaching

Between the announcement to retire as a player and becoming coach at VfL Gummersbach, only four days went by!

Sigurdsson will continue as head coach in one of Germany’s most prestigious handball organizations, a club he represented as a player from 2005 to 2008.

Yet, the glory days in Gummersbach are long gone. The club was relegated to Germany’s 2nd Bundesliga at the end of the 2018/19 season and as a debutant coach, Sigurdsson will have his work cut out for him.  Still, he had no second thoughts signing a two-year contract when the offer turned up.

“My family and I always felt good in Gummersbach and I have fond memories from my time there. I am looking forward to going back to Gummersbach,” he says.

On behalf of Gummersbach and Sigurdsson, one can only hope that VfL will be one of the clubs surviving the financial stress test in the wake of the Covid-19 pandemic.

Not all handball organizations will, as clubs all over Europe will be suffering as a consequence of the extended lockdown.

At this point, it’s hard to predict what kind of handball landscape will emerge, once the world gets back to a “new normal”.  Sigurdsson shares this view as well.

“Only time will tell, but I hope that the handball family will stick together and that this great sport will be able to grow again,” says Gudjon Valur Sigurdsson.