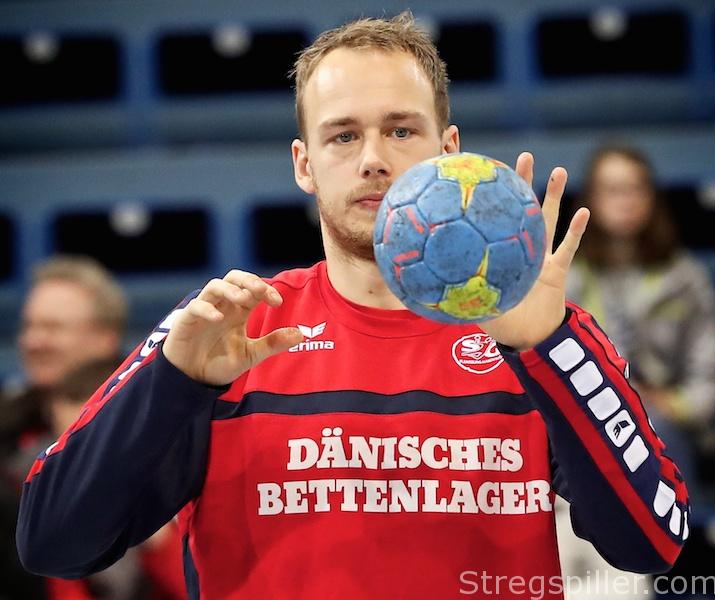 It does not get any bigger

PREVIEW, MATCH OF THE WEEK, GROUP A

It does not get much bigger in international club handball, as eight World champions take to the court, when Flensburg and Paris go head-to-head in a jam packed “Flens Arena”.

The phrase “Clash of the Titans” has been used inflationary but this game will keep the promise.

With no less than eight world champions – seven from PSG and one from Flensburg – 6,300 spectators in “Flens Arena” can look forward to a special treat, where PSG have more at stake than the hosts.

The best Flensburg can hope for, is taking third place from Veszprém while keeping Kiel behind.

PSG still hope to take the group win away from Barcelona and proceed directly to the quarter-finals.

“Who would not do anything and be able to skip the round of Last 16”, as Mikkel Hansen told me a while ago.

Duel of the Match – Part one: Andersson vs Omeyer

There is one position at least, where Flensburg will have the upper hand.

In Sweden, they regret that Mattias Andersson has quit the national team, understandably so.  At the age of 38, he is better than ever and has been an important part in Flensburg´s recent success.

The same cannot be said about Thierry Omeyer any more.  At the World Championship, he more or less had to leave the position as first-choice goalkeeper to Vincent Gerard.  And in the 2016/17 edition of the Champions League, the 40-year-old veteran had trouble as well maintaining his former high level.

This one is more open.  The old fox, Glandorf is pretty much left alone on the right back position in the absence of Johan Jakobsson.

However, the 33-year-old has shouldered the increased responsibility very well, and PSG’s defense will need to keep a close eye on him.

21-year-old shooting star from Paris, Nediin Remili is not only a man for the future.  He already is a star as he certainly demonstrated at the World Championship in January, in impressive fashion.

Duel of the Match – Part Three: Gottfridsson vs Karabatic

Admitted – this match-up between the two playmakers may seem a bit far-fetched.  However, Nikola Karabatic is not infallible. His “off-days” don’t occur frequently but who knows.
Jim Gottfridsson has gone through an incredible development over the past year.  It will be exciting to see him challenge PSG’s defense.

PSG won’t like to be reminded on their last visit to Flensburg.

Last season, the two teams shared the same preliminary group, and on September 19th, 2015, PSG were trashed 39:22 by Flensburg.

A more recent meeting showed that matches between the two handball giants can be boring as well.  Case in point, October 16th of last year, when coach Ljubomir Vranjes rested several of his key players.

Evidently, motivation of several PSG players dropped, but they were still able to earn a 27:22 victory in a match to forget.

So far, three wins for PSG, and two for Flensburg.

Flensburg took a surprisingly clear 37:30 away win against Wisla Plock in their latest Champions League game.  And PSG had no problems winning 32:27 at home against Bjerringbro-Silkeborg.

In the “DKB Bundesliga”, Flensburg had another convincing appearance on the road, winning 28:23 against VfL Gummersbach on Wednesday.

On the same evening, PSG had even less trouble in the “Lidl Staligue”, as they defeated Selestat 32:19.

A quick look at the two rosters will tell you that PSG have the strongest, deepest (and most expensive!) squad.

However, in the “Hell of the North” at Flens Arena the home team always has a very good chance not the least because of a frenetic crowd.

Veszprém have already pulled a surprise win (27:25) on the road against Kiel, while Barcelona met expectations recording a 31:24 victory in Schaffhausen.

In the other game on Saturday, Wisla Plock will receive Bjerringbro-Silkeborg.