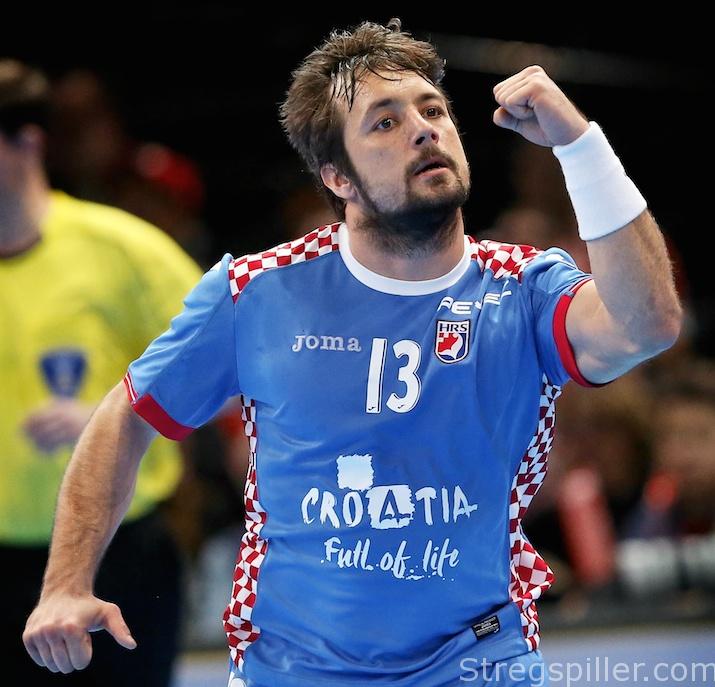 Nothing Decided? No way!

MATCH OF THE DAY – The one-goal lead, Veszprém are taking with them from Zagreb arena will be more than enough to reach the quarter-finals.

A draw in Nantes was all, Paris Saint-Germain could achieve before the second leg at home.

Veszprém entered the game from third position in Group A, while Zagreb had a much more troublesome road to the round of Last 16.

The encounter was an anniversary between the two clubs – it was the 10th time they met in a Champions League match.
Before throw-off in Zagreb arena on Saturday, the stats read six wins for Vesprém, one draw and just three victories for Zagreb.

To the best of my knowledge, the 12,250 spectators who witnessed the thriller in the Croatian capital were the largest crowd at a Champions League match so far this season.  But Veszprém’s fans – and there were quite a few – had more to celebrate.

A one-goal lead ahead of the return match may not seem like a lot at first sight, but when your home ground is Veszprém arena, it will be more than enough.

Fact is – Veszprém could have won by a bigger margin, but even the result they got should assure them to move on to the next round.

Zagreb could not be unhappy with the half time result.

For the entire first half, they were trailing against a better Hungarian team.  The first 30 minutes were not exactly a treat for handball fans that enjoy an elegant attacking game, whereas connoisseurs of efficient defense got all they asked for.

It took Zagreb almost seven minutes to score their first goal, when Stipe Mandalinic equalized to 1:1.

Even a Croatian timeout in the 12th minute (2:5) did not help much to improve the host’s game.

Zagreb were only able to score two goals within the first quarter of an hour against a quick and flexible Veszprém defense.

The visistors offensive efforts were a far cry from their performance at the other end of the court; still they managed to take an early four-goal advantage, courtesy of the fast breaking Dragan Gajic, Cristian Ugalde and Renato Sulic.

Slowly, however, Zagreb worked themselves into the game and reduced the gap, step by step.

If Zlatko Horvat had converted his penalty shot against Mirko Alilovic after the half time buzzer, the deficit would have been one goal only.

The match became more intense after the break.

Zagreb’s momentum continued and in the 35th minute, Igor Vori equalized for the second time for the home team, making it 13:13.

But it did not take Veszprém long before getting ahead 18:14 and 21:16.  However, Zagreb were capable of making another comeback, largely because of the efforts of Vori.

Stepping up in defense and with a couple of crucial goals on the other end, he made valuable contributions. The cheer “Vori, Vori” was roaring through the arena, as the veteran line player and uncompromising defender reduced the score to 23:22 in the last minute.

No doubt the home crowd would have celebrated a tie like a victory, but Zagreb never got a chance for the equalizer.

Of course, I am comparing this one goal road win for Veszprém with Rhein-Neckar Löwen´s equally narrow victory in Kiel, this past Wednesday.

While Kiel´s chances of turning the tables in Mannheim, on Thursday cannot be ruled out, I would be extremely surprised to see Zagreb leapfrogging Veszprém, next Saturday.

Veszprém arena is too much of a fortress for the Hungarian handball powerhouse to let go of this huge opportunity to proceed to the next round.

Considering the way, Veszprém were controlling almost the entire match in Zagreb, I frankly see no chance for the Croatians to stop Veszprém from booking another quarter-final ticket.

Without a sick Nikola Karabatic, Paris Saint-Germain had their trouble in the first leg of the French derby against Nantes.

Only one point is separating the two teams at the top of the French league, and nothing separated them this Saturday night in Nantes.

Nantes were leading by three goals several times in the first half, but PSG managed to recover and in the second half the crew from the French capital took the upper hand. In the end, Nantes was lucky to tie the game while having two more players on the floor.  Ten seconds before time, a shot from left-winger Dominik Klein secured the draw.

Still, PSG should be able to remove any doubts in Paris, next Saturday.