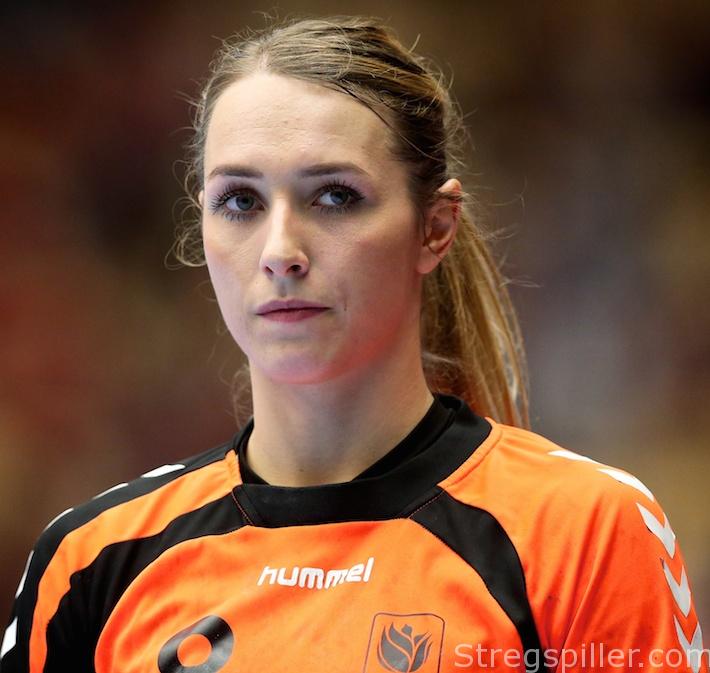 “Nothing is impossible until it’s done!”

It did not bode well for the home team with goalkeeper Paula Ungureanu and defense specialist, Ibolya Szucs (broken hand) having to watch the game from the stands.  Aside from right-back Melinda Geiger, missing two more key players only added to the worries of Baia Mare’s head coach Aurelian Rosca.

The guests from Podgorica had arrived in full force with right-wing, Radmilla Petrovic back in the starting lineup.

In a nutshell – Baia Mare provided the turnovers (especially in the first half) and Buducnost had no problems converting the resulting counter attacks into a very tangible and decisive lead after 30 minutes of play.  Although, coach Adzic’s team allowed for a Baia Mare comeback in the second half, Neagu & Co. put the game away for good, ten minutes before time.

For the first ten minutes of the match, Allison Pineau was able to keep her team close, but when she and Alexandra do Nascimento were unable to score from the 7-meter mark, Buducnost began pulling away.  In the next eleven minutes, the reigning champion went on a 5:0 run and even a timeout coach Rocas had called for, did not break the rhythm of the game.  When a powerful jump shot from Lois Abboingh ended the scoreless period the deed was done – Buducnost was in firm control of the match.  At the half time buzzer, the guests were leading by seven goals with Majda Mehmedovic and Radmilla Petrovic doing most of the damage.

Katarina Bulatovic quickly scored one more time (31st minute) before she and her teammates loosened the grip on the game, allowing Baia Mare to stage an impressive comeback.  By minute 51 – Dutch international, Lois Abbingh had just send her 7-meter penalty shot past Ljubica Nenezic in Buducnost’s goal – Baia Mare had cut the deficit to one goal, trailing 24:25.

All of a sudden, it looked like the host would be able to turn this match on its head but before the 3,000 enthusiastic spectators at Baia Mare Maramures hall could get fully behind their squad, the outstanding Christina Neagu (8 goals) put the game out of reach, once again.  Buducnost tightened its defense and would not allow any more goals.

Christina Neagu – another irresistible performance of the Romanian native, wearing the blue-and-white jersey.  She kept her team afloat though the better part of a difficult second half, when Buducnost lost concentration and showed signs of unraveling.  By the time Abbingh had cut Buducnost’s lead to one, she stepped up, registering her goals number seven and eight on the scoreboard and effectively ending Baia Mare’s hope for a better result.

Lois Abbingh’s screamer from 10-meters, perfectly placed in the upper right hand corner, in the 22nd minute of the game somehow missed the cut for the EHF’s Top 5 Goals in the first leg of the quarter-finals.  Her jump shots are a true handball highlight that Baia Mare will have to do without come next season.  Lois has signed for Issy Paris, adding more sparkle to “La Ville-Lumière”.

Although, nothing in life is impossible, Baia Mare’s task at hand comes close to it.  Making up a five-goal deficit at Moraca hall in Podgorica on April 10, is a very tall order by any stretch of the imagination and certainly in a decisive Champions League quarter-final match.

Many more hands will be needed then just the one’s of Allison Pineau and Lois Abbingh.  And most of all – the squad has to believe that the impossible can be done.

Coach Rosca’s remark after the game on Saturday is not suggesting that it can – “”There have been moments when we matched our opponent’s level – that was nice.”  A more ambitious attitude will be necessary in a week’s time.

Baia Mare will have to play a perfect match in one of the most challenging arenas’ in Europe.  Is a successful outcome for the Romanian club, on the road, against Katarina Bulatovic & Co. out of the question?

No – certainly not, but it’s highly unlikely when you drop your guard before the fight.

“Nothing is impossible until it’s done!”