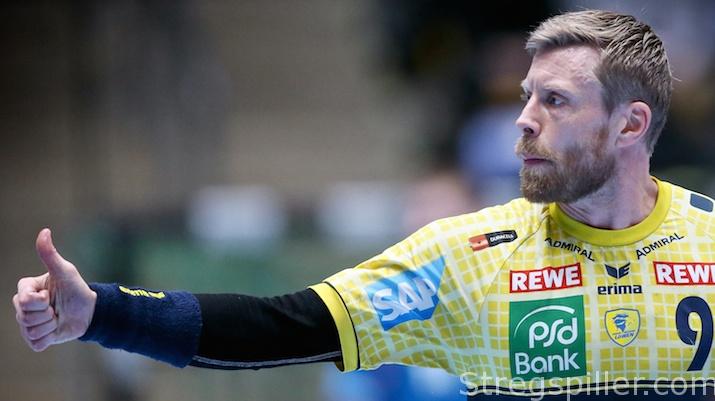 COLUMN – The favorites did what they should do in the Men´s Champions League group phase, where Bjerringbro-Silkeborg´s round of Last 16 berth and Paris´s astronomic win against Kiel were the only real surprises.

Once again, last round games were tainted by the fact that the deciding matches were not played at the same time.

FC Barcelona and HC Vardar can take two weekends off in a tight spring schedule.

Having won their respective groups, the clubs from Catalonia and the Macedonia proceed straight to the quarter-finals.

Undoubtedly a much welcomed break, although two weekends without handball would have been even more appreciated by the participants from Germany’s Bundesliga, as they have the toughest schedule of all teams.

However, the three German representatives were not even near a group win.  Rhein-Neckar Löwen were close and could have done it, if they had not lost their last two matches.

“All matches in the last round should be played at the same time.

“As it is now, the matches are scattered around the last weekend and some even before the weekend.

“This gives certain teams an advantage and some a disadvantage, as some teams will know the results of their rivals, simply because they play later,”

These were the words of Flensburg goalkeeper, Mattias Andersson, in a recent interview with stregspiller.com.

I could not have said it better myself.

In the last round of the group phase this season, two matches in Group B – Rhein-Neckar Löwen vs Pick Szeged and Zagreb vs Celje – were even played on Wednesday and Thursday before the final weekend.

Both matches had significance with regards to the group win and the last tickets to the knockout stages.

By not playing at the same time, teams do not get equal and fair conditions.

Of course, there can be logistical problems with playing all matches at the same times, as some arenas may be occupied for other purposes, and TV rights can also play a part in all of it.

However, it should be possible to solve such issues ahead of time.

The fact that matches were played at different times and days also played a role in Group A.

Barcelona’s result also meant that Bjerringbro-Silkeborg knew that a home win against Kadetten Schaffhausen would do it to reach the round of Last 16 at the expense of Plock.

Barcelona´s group win, one point ahead of PSG, completed the round that was dominated by these two teams.

This duo was untouchable – and it is perfectly illustrated by the fact that six points separated second placed PSG from number three, Veszprém.

The only surprise in the final standing was Bjerringbro-Silkeborg grabbing the last ticket to the round of Last 16 from Plock.   Silkeborg made good use of the “door” they had opened for themselves because of their sensational 24:21 win in Kiel.

As Plock did not score any points in their last three matches against Veszprém, PSG and Barcelona, the Danish champions had match point at home against Schaffhausen, in the last round.

Courtesy of a 37:22 victory, Silkeborg left no doubt which team would take the number eight spot in the group.

Kadetten have been reported of having a budget twice as big as Silkeborg.  If that’s true, the Danes certainly got more value for their money.

If we look at the negative surprises in Group A, we cannot avoid mentioning THW Kiel.

Finishing fifth in the league table is not that disappointing in itself, considering that the four teams ahead of the “Zebras” were Barcelona, PSG, Veszprém and Flensburg.  It was the way it all happened that was so shocking.

After a crushing 21:24 defeat at home to Bjerringbro-Silkeborg, Kiel seemed to be on the way back, restoring honor in the 27:27 draw at home against Barcelona.   But it’s the last impression that sticks to your mind – a  24:42 loss in Paris.

Yes – the match had no importance to the final standing at all anymore.  PSG finished second and Kiel fifth, these were facts.

However, it does not excuse the attitude, Kiel approached the game.

PSG does have the better team and they did have home court advantage.  But, there was no reason why the affair turned into PSG´s largest European win, in club history, and Kiel´s biggest defeat ever.

The injury of Patrick Wiencek was far from being a sufficient excuse.  After the match, Alfred Gislason chose to give his players two days off to think about what went wrong.  The question remains if two days were enough?

If the Lions don´t take the prey…

However, two six-goal losses, in Celje and at home against Szeged sent the ruling German champions down to fourth position.

Instead, Vardar took first place, copying their women´s team´s achievement in the main round of the Champions League.

Vardar took the top spot in the group ahead of defending Champions League winners Kielce and Pick Szeged.

Zagreb booked the remaining ticket for the next round based on away goals after defeating Celje 23:21 at home.

Swedish Champions League representative, Kristianstad, could have upset the ranking by winning on the road against Vardar, and even though the Swedish back-to-back champions put up a brave fight at Jane Sandanski arena, they lost 32:29 after all.

Handball players rarely find it appealing to play against a team from their own country in a European competition.

They prefer some foreign opponent – clubs they do not meet every day.

For the rest of us, however, a match-up on the national level can be interesting to watch, as we look in vain for some classic pairings in the round of Last 16.

The most interesting one obviously is the meeting between THW Kiel and Rhein-Neckar Löwen.

Both teams have been disappointing as of late, and the question is which squad can rise to the occasion?  The fact that Löwen have home court advantage in the second leg makes them the favorite.

Unlike the derby in Germany, the other national get-together maybe easier to predict.

Paris Saint-Germain do lose a game on occasion in the French league, but such defeats are scarce, and in a Champions League do-or-die match, they will have the focus and dispose of Nantes.

Naturally, the games between the fourth and fifth placed teams from the respective groups are usually the most equal – at least on paper.

However, I do not expect it to be the case, when Meshkov Brest meets Flensburg.

The champions from Belarus won’t do much harm to a well-playing and confident Flensburg squad that will celebrate their quarter-final berth without trouble.

The encounter between Bjerringbro-Silkeborg and Pick Szeged will make for an interesting family reunion of the Slovenian Skube brothers.

Sebastian Skube is playing for Silkeborg, while younger brother Stas represents Szeged.  Apart from being brothers, they also have the position on the court in common – both are playmakers.

I expect the younger brother to be the happier family member after these two matches.

You may say that if Silkeborg can beat Kiel, they can win anywhere, but Szeged have been warned and are the clear favorite.

And so is Veszprém against Zagreb.

Even though the performances of Kielce during the group phase cannot be characterized as stable, the ruling champions should make it at least one round further, when they meet the third French team in the round of Last 16, Montpellier.