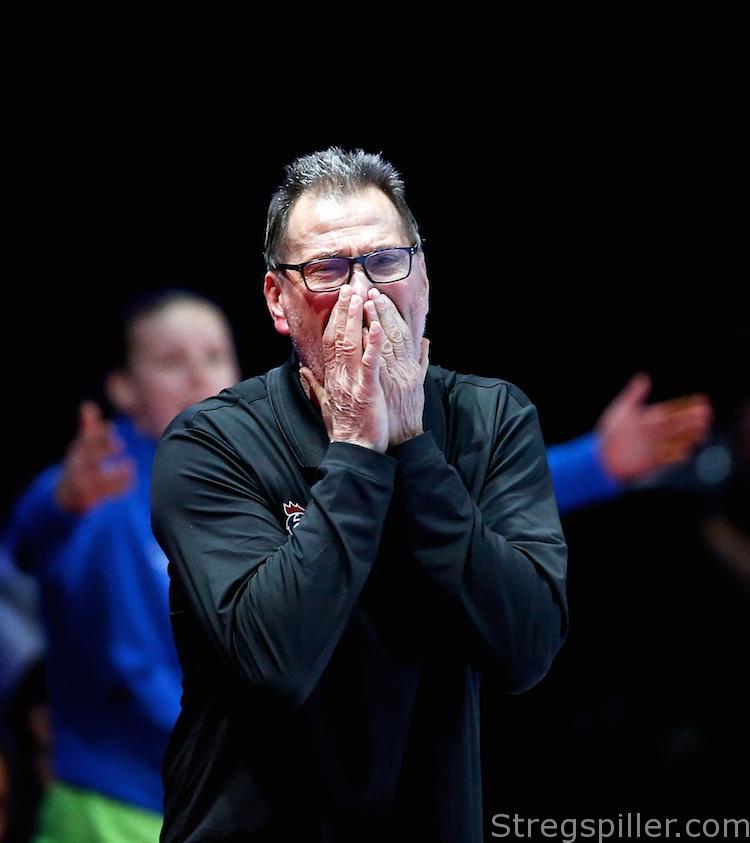 Nothing ventured, nothing gained

MATCH REVIEW – France did not hit a high note in their second to last main round match, as they were close to losing this important encounter against Sweden. In the end, they managed a lucky draw – and one point on a bad day is not that bad after all.

Main Round Group I, Nantes

*For France, it was their second game in the main round following the win versus Denmark (29:23). But, after surrendering two points already in their opening loss against Russia (26:23), France was in no position to deal with yet another defeat.

*Sweden were in even more desperate need of a victory, after their loss the first main round match against Montenegro (30:28).

*Ahead of the game there was a question mark next to team captain and defense specialist, Sabina Jacobsen. According to national coach, Henrik Signell, Jacobsen would not be able to play for the rest of the tournament due to an injury. But, Jacobsen herself was contradicting the information and as a matter of fact, she was on Sweden’s roster.

The only score that matters is the one after the final buzzer.

This old adage certainly held up in the early match on Sunday in Group I, where France were trailing for more than 50 minutes before settling for a draw.

Most of the pundits did not expect a first half the way it turned out.

However, Sweden stunned a surprisingly nervous French team with a 3:0 lead, an advantage the Scandinavians held on to well into the middle of the half (7:4).

It was quite obviously that Sweden had learned from the mistakes Denmark made, when they lost 29:23 to France in their first main round match.

Sweden’s defense formation stayed a bit further back, and thereby made things more difficult for the attack of France.

It took the better part of 22 minutes, before France caught up, when Pauline Coatanea equalized the score at 9:9. But, if French players and their supporters were expecting this goal to be the turning point of the game, they were in for a reality check.

Sweden kept controlling the game and with Isabelle Gulldén in exceptional form, they went up by three goals (14:11) by the time the two teams changed sides.

Head coach, Olivier Krumbholz, continued to look for the key to open Swedens defense, but he couldn’t find it. And a much improved, Filippa Idéhn, in Sweden’s goal did her part to frustrate the French attack.

At the same time, France’s defense was struggling against an efficient Swedish backcourt line, consisting of Hanna Blomstrand, Isabelle Gulldén and Jamina Roberts.

To top it of, Sweden´s coach, Henrik Signell, decided to play seven-against-six for quite some time in the second half, and with some success.

Gulldén & Co. stayed in the driver´s seat, increasing their lead to four goals several times, but France fought back and kept cutting the deficit, and with less than six minutes left to play, Alexandra Lacrabere tied the game (19:19).

Despite having the chance to take the lead, France never did, and after Orlane Kanor equalized the score at 21:21 with two and a half minutes left on the game clock, neither team were able to change the result for the rest of the match.

In the very last minute, both teams had their opportunity to decide the game in their favor, but Kanor sent her shot over the crossbar and so did Jamina Roberts (Sweden) with seven seconds before the final buzzer.

“I think we played our best match, so far, at the European championship, and a draw against the World champions is always okay, although we could have achieved more, today.

“Unfortunately, it was not enough for us to maintain our chances to reach the semi-final and I only wish we had played this match at an earlier point of the tournament, when we didn’t need a win.”

“It was a very difficult match for us.

“We made many mistakes and had real problems finding our game.

“The tie is absolutely okay and the best we could hope for – actually, we’ll celebrate the draw like a win.”

France can live with the draw, but Sweden can’t. It’s as simple as that.

Still, France hold their destiny in their own hands and have three days to prepare for their last main round match against Serbia.

Sweden can be satisfied with their best game in the tournament, while still having a chance to play for fifth place, a meaningful game in the context of Olympic qualification.