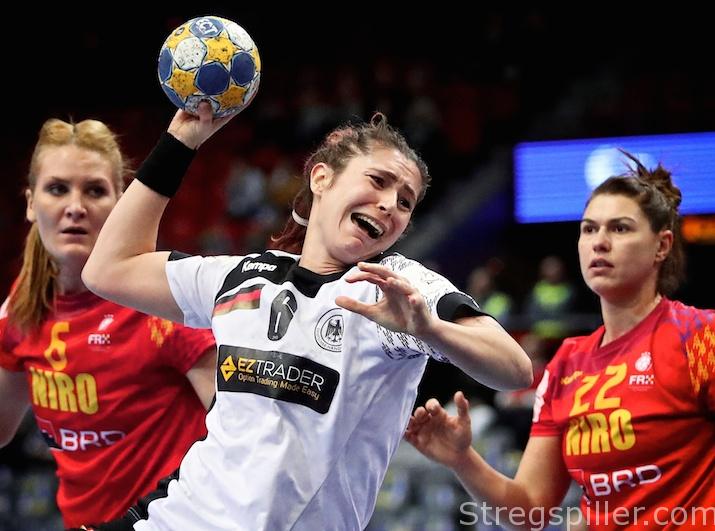 The nature of these matches are that they are always won by the team who dig deepest for some motivation, as nothing was at stake; not even a direct World Championship qualification,

“The Ladies” had performed way above expectations at EURO 2016 and were keen on finishing on a high note.

Romania’s level of motivation was perfectly illustrated by the fact of superstar Cristina Neagu and goalkeeper Paula Ungureanu watching from the stands.

What the match missed in intensity, it certainly delivered in excitement and – unfortunately – drama.

With just one second left, Cristina Zamfir, who had replaced Cristina Neague as left-back, finished a counter attack scoring her team´s winning goal.

In doing so, however, she collided with German goalkeeper, Clara Woltering, and during the next minutes, both players remained on the floor with their teammates shouting for medical help.

Finally, Zamfir managed to get up, while Woltering had to be wheeled off the court on a stretcher with a suspected brain concussion. Sadly, her injury was later confirmed.

The Romanian player who had entered the court, were spurred on by a contingent of constantly drumming fans.  And there was still no reason to question the German motivation in a first half, where the score was as low as the pace of the game.

As the first half progressed, however, the match became faster and the audience saw several fine combinations from both sides. But neither one of the two teams was able to build a significant lead and at the half the score was even.

While the quality of the match increased in the second half, still, neither team was able to pull away.

Romania seemed to be on their way in doing so, when Gabrielle Szucs scored at 15:12 with barely four minutes on the game clock.

However, Germany quickly came back (15:15), and for the rest of the encounter both teams were trading goals until the very last seconds, when Roamania recorded the winning goal.

“Most likely this was my last match for the national team as we have young players stepping up and I would really like to stop playing and spend more time with my family. My decision is that I want to focus on my home and have a baby.”

“If we forget about this game, then I think we made a very big step in a right direction. We know what’s still missing and now we have one year to make it even better.”

The accident at the end obviously over-shadowed the match, and we wish Clara Woltering all the best.

Aside of the unfortunate incident, Germany will probably be content with their performance at this championship, while finishing outside the semi-finals will probably not satisfy the ambitious squad from Romania.