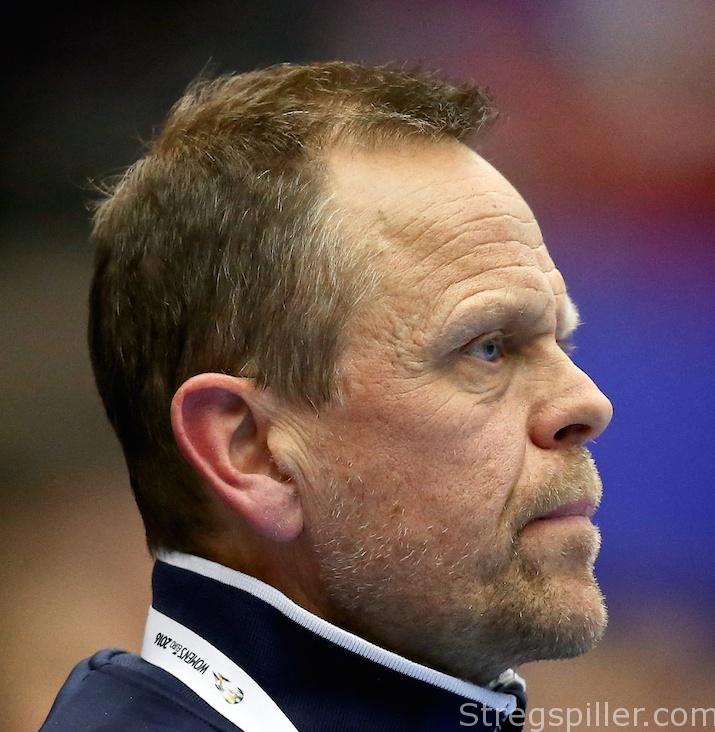 ”Of course, Vipers are the underdogs”

Yet, he does believe that a Vipers team at peak performance can make life difficult for Györ, when the two clubs meet in the semi-final.

For the first time in four years, Norway will be represented again at the 2019 Women´s DELO EHF FINAL4.

Already, in their second Champions League season, Vipers Kristiansand made it to the final weekend in Budapest.  In 2015, Larvik HK was the latest Norwegian club that mad it to the pinnacle event in European club handball.

After all this time, Norway´s national team coach, Thorir Hergeirsson, is thrilled that the country has a team in the FINAL4, once again.

“It means a lot for women´s handball in Norway to have a team at the FINAL4.

“It’s important that we have a club that can and will compete with the best in the world. It’s equally important for handball at the top as it is for those, who work on the grassroots level in Norwegian handball. Having role models on a high level is critical,” Thorir Hergeirsson tells stregspiller.com.

“For the national team it’s essential that we have a club competing with the very best. In the past, that was the case with Larvik and now it will be Vipers.

“If you want to be successful at a European-, a World Championship or the Olympic Games, you need to have players who compete at the highest possible level in their respective clubs.

“The accomplishments of Vipers can also serve as motivation to other teams in Norway and hopefully lead to an even stronger domestic league – Norwegian women´s handball will certainly benefit from it.

“Of course, not all teams have the financial muscle that Vipers have, but for instance, a club like Storhamar are on their way to step it up and challenge Vipers and that is positive,” adds Thorir Hergeirsson.

Like many others, the national coach is a bit surprised that Vipers made it to the DELO Women’s EHF FINAL4 already this season, their second in the EHF Champions League.

“It was probably unrealistic to expect them to get this far, by now.

“The team may be relatively new to the Champions League, on the other hand they have a core of players with plenty of international experience on the highest possible level.

“I only have to mention Katrine Lunde, who is playing as strong as ever and still has plenty of motivation. Next year, she wants to go to the Tokyo Olympics and that’s just one reason that keeps her going.

“She is surrounded by a number of seasoned players at the best age, such as Emilie Hegh Arntzen, Marta Tomac and Silje Waade, just to name a few.

“As coach, they have Ole Gustav Gjekstad, who also knows what it’s all about and who has pressed all the right buttons this season.

“Considering all it’s not that surprising that Vipers made it to the FINAL4 this year already,” finds Thorir Hergeirsson.

Vipers and their supporters should be content with their achievement thus far, as the Champions League journey will most likely stop in the first game in Budapest, at least if you ask Hergeirsson.

“Of course, in Budapest, Vipers will find themselves in the role of the underdog. Györ are the obvious favorites in the semi-final, as they already defeated Vipers twice this season.  Anything else, other than a clear Györ win, would be a sensation.

“However, Vipers has so much international experience, they can make Györ’s life very difficult if they hit their very best day. Although, it will take a performance that has to be close to perfection.

“Still, there is no doubt that Vipers will profit a lot from playing the FINAL4, where they can gain valuable experience for the future,” he says.

Steps in the right direction

Talking about the future, it begs the question if Vipers can maintain their current performance level or perhaps even take a another step towards the absolute top in Europe?

After all, they are saying goodbye to their talented left back, Jeanett Kristiansen as well as several other players, after this season. Kristiansen will be joining Danish, Herning-Ikast Handbold, line player Mathilde Kristensen will continue her career in her home country with Silkeborg-Voel, and veteran line player, Pernille Wibe will end her career for a second time.

“I definitely think that we will see Vipers taking another step forward, already next season.

“As I said, around a highly motivated Katrine Lunde in goal, they have a group of veteran players who are at the top of their career,  in addition to several young players with plenty of potential, who are on their way up.

“In any event, I am sure they will find the necessary replacements for those players who’ll be leaving.

“I have no second thoughts that we will see Vipers at the international top, also in the years to come, and as I said, that’s good for Norway as well,” ends Thorir Hergeirsson.