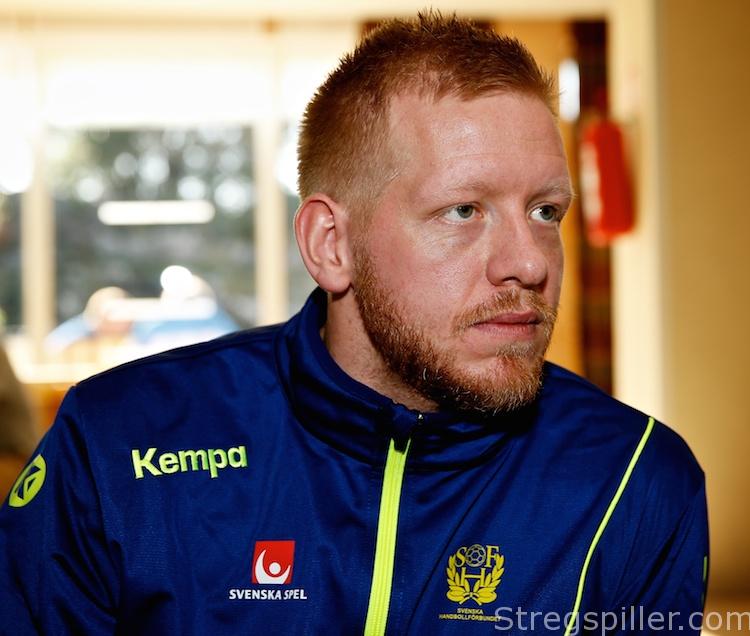 “Of course, we are under pressure”

INTERVIEW – Jim Gottfridsson was content with his own performance in Sweden´s 24:26 opening defeat against Iceland at the European championship.

Unfortunately, his six goals were not nearly enough and he is aware that his team is under significant pressure to reach the main round, now.

Jim Gottfridsson was one of the very few Swedish players who could be somewhat satisfied with his performance, after Sweden lost 24:26 against Iceland in the opening match of Group A at the European championship, in Croatia.

He became his team´s highest scoring player with six goals, while he did okay as playmaker. Even one day after the defeat, his good performance was not much of a consolation to him.

“We did not play a particularly good match, and if you only start playing for real after 15 minutes into the match, it is hard to win any game, never mind turning it around.

“Their goalkeeper had 11 saves in the first half alone; I think we were not very smart in our shot selection  maybe because we were too nervous or lack of concentration.

“In addition, our defense wasn’t performing in the first 30 to 45 minutes,” Jim Gottfridsson tells stregspiller.com.

“It was not that Iceland surprised us in any way. They didn’t do that at all,” he adds.

“Still, it was important that we only lost by two goals instead of losing by 10.

“The fact that we had the better finish is at least something positive we can take with us to our next match against Serbia – they did lose their first game against Croatia by 10 goals.

“This means that we have an edge against Serbia, but first and foremost we have to play a good match tomorrow,” emphasizes the 25-year-old playmaker from SG Flensburg-Handewitt.

“Of course, we are under pressure, but I think we have a really good team, and many players are used to playing at a high level in their clubs. I very much hope that we can show it tomorrow,” he says.

Gottfridsson was pleased with his own effort, even though it was not enough for securing a point or two.

“I think I did okay, but I also think I should have scored a goal or two more.

“Maybe I took too much responsibility, and maybe I wanted to do too much myself, but it is not so unusual trying to do so much on your own, when you feel that your team´s offense is not working.

So maybe I should have taken my time, but all in all, I suppose my effort was okay,” he says.

However, being a key player in a top team like Flensburg, he is one who would be expected to take certain responsibilities in the national team.

“Yes, that’s the way it is, but you also have to bear in mind that I was injured for three months recently, and I have been playing only three matches in December before joining the national team.

“Yes, I know there are some high expectations, and I also demand a lot of myself – I hope to play even better in the upcoming games,” says Jim Gottfridsson who has played for Flensburg in the Bundesliga and the Champions League for nearly five years now after leaving Swedish league club Ystad.

“The experience I gained during those five years has helped me a great deal with regards to my game in the national team.

“When you arrive at major championships like this one, it is a real advantage for me being used to tough games against some of the best players in the world.

“You know before every match how difficult it will be. You meet many of the same players you’ll encounter at the club level, so it is an obvious advantage having played these almost five years at the European top level.”

I remember interviewing Gottfridsson back in 2013, when he had just signed for Flensburg.

“I am definitely not going down there to sit on the bench!” claimed the 20-year-old playmaker talent at the time.

He certainly kept his promise, and today he thanks one person in particular for the way his career has developed since making the move from the Sweden’s league to the Bundesliga.

“I have to thank Ljubomor Vranjes – a lot.

“He is an excellent coach, and during his time in Flensburg, he helped me getting better in all aspects of the game.

“In particular – I think – I became much better at “reading” the game, which is advantageous for me as a playmaker.

“I also feel that I became a more dangerous player. Today, I am better at taking my own shots or breaking through defense – and I credit “Ljubo” with many of my improvements,” explains Jim Gottfridsson.