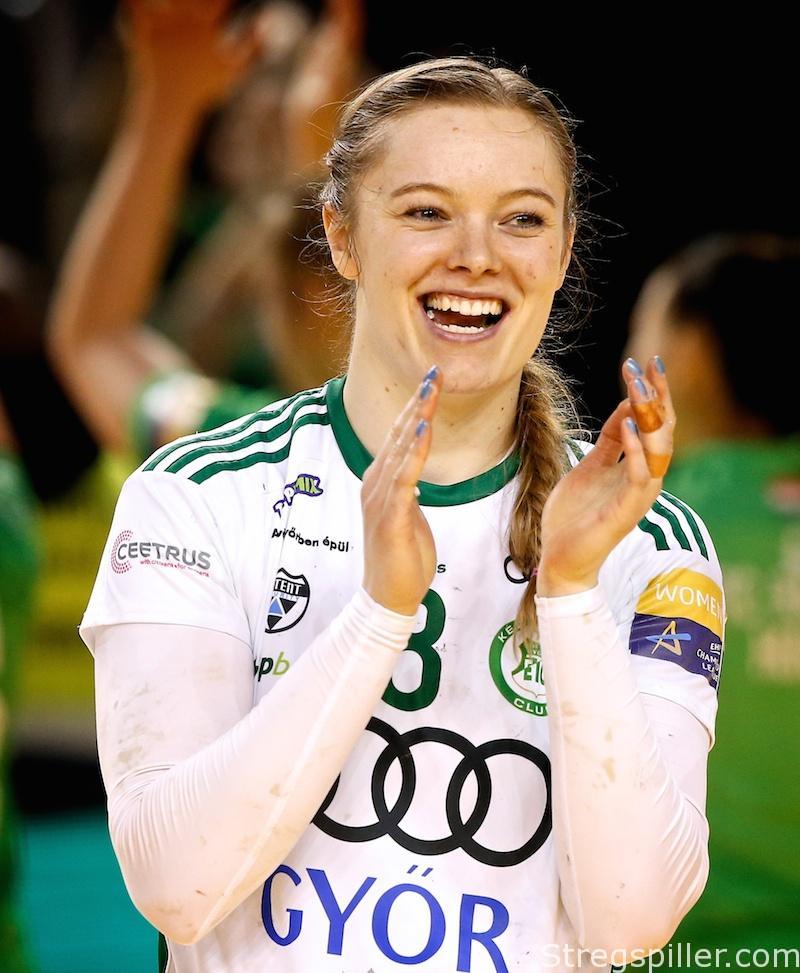 “Of course, we can lose against Odense”

INTERVIEW – Denmark´s highest ranking female handball player, Györ’s left back, Anne Mette Hansen, talks to stregspiller.com about the ongoing rivalry with FTC, the upcoming Champions League quarter-finals against Odense and about life as a key player in the national team.

She is the highest ranking female Danish handball player and Anne-Mette Hansen is well aware that she carries extra responsibilities when playing for her country.

“Absolutely – I am one of those (players ed.) who have to lead, but I think that’s what I am trying to do all the time. I know, I have to be one of them who will go forward,” Anne Mette Hansen tells stregspiller.com.

The next time her outstanding talents will be needed in competitive matches, will be in Denmark’s qualification matches for the World Championship in Japan, in December.

Denmark´s opponent in June will be Switzerland, a team that should not cause any problems.

“Of course, these games are still far away, and ‘yes’ – I hope Switzerland will not cause us trouble and that we will get two victories, so we can plan properly for Japan.

“Once we get there, I really hope that we can do better compared to previous championships. In fact, who wants to play for fifth place? For sure, I don’t and if it was up to me, we would take a medal every time!

“However, there are other teams who want to win as well, and that makes if difficult! We do improve all the time and I hope that it will be enough to deliver a top result soon,” says Anne Mette Hansen.

In Hungary, FTC-Rail Cargo Hungaria, also known as Ferencvaros, are the perpetual rivals to Györ, whether the two teams meet in the league or the Champions League, where FTC achieved two draws – 32:32 on both ocasions – in the main round this season.

This past weekend, the two teams were involved in yet another battle, where Györ took the Hungarian Cup in Debrecen, 32:29.

Some of the pundits even expect both Hungarian teams in the Champions League FINAL4 in Budapest, in early May.  Anne Mette Hansen won’t rule out this possibility either.

“Quarter-finals are always difficult to predict, as one bad game may ruin everything you have worked for.

“I simply hope that we defeat Odense and I don’t have much to say about Fradi and their quarter-final tie (against Rostov-Don, ed.).  I will concentrate on our game,” says the 24-year-old from Copenhagen.

Special to play a Danish opponent

At first sight, Györ appear to be the odds-on favorite in the quarter-finals, as injury striken Odense are not expected to offer much resistance.

“Of course, we can lose against Odense. We can make mistakes and risk making fools of ourselves.  But, we have a really good team – I admit that we are the favorites in the two Champions League encounters and we should be able to succeed.

“Anyway, it will be cool and very special to play against a Danish team.

“It is always fun to come home and play such important games.  So, I am looking forward to it, of course,” says the 177 cm tall left back who is playing her second season in Györ.

Last year, rumors were swirling that she was about to be loaned to Erd – another Hungarian club. But, the move never occurred and this season, she has received infinitely more court time.

“I like it here and I feel well. The girls are nice and the city is fine – all in all, I feel very good.  Although, a long season including Champions League and everything else can be tough, especially when considering the many injuries we had to deal with.  It all meant that some of us spent much more time on the court than usual.

“If you want to be at the top, you need many players.  Not only do we have them, but we complement each other well and that’s just one more reason why we can compensate for injuries,” explains Anne Mette Hansen, who has improved her game ever since she joined one of the world´s strongest handball teams.

“I have developed in all aspects of the game – a logical outcome when practicing with some of the world’s best players on a daily basis.  It automatically makes you better, as you have to focus and perform in each training session.  I can feel that I took a big step forward,” concludes Anne Mette Hansen.