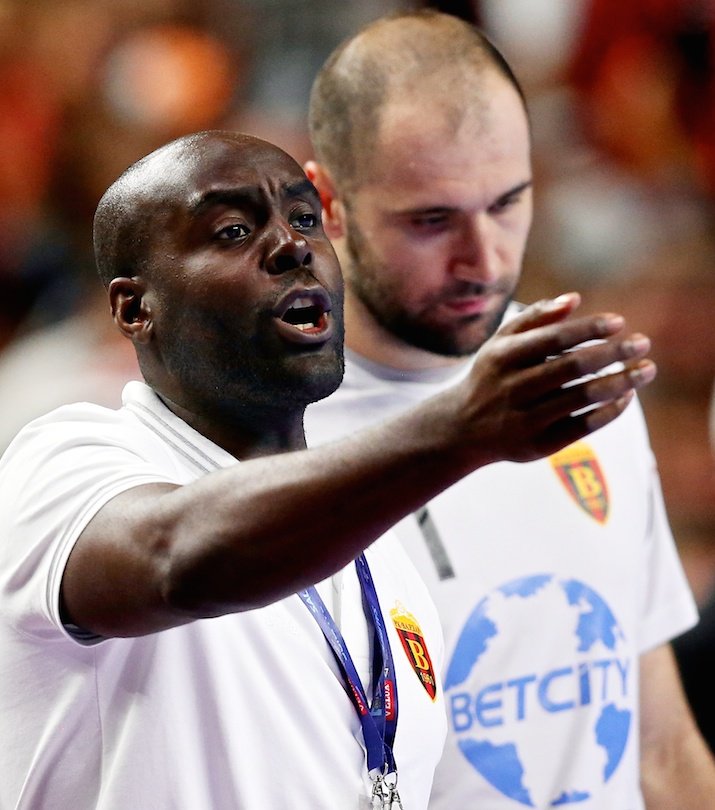 “Once you get there, everything changes”

The three-time EHF Champions League winner as a player reached the first three editions of the event between 2010 and ’12 with Ciudad Real/Atlético Madrid and he returns with the defending champions from Skopje for the club season’s finale on 26/27 May.

Since the introduction of the FINAL4 format in 2010, no champions have reached the final the following year, which leaves Vardar on the verge of history ahead of their semi-final clash with Montpellier, while Nantes and PSG face-off in Saturday’s other match.

“The feeling is great, being so close to what has never been done before. We already did a great job getting back to Cologne, it is such a difficult thing to achieve.”

First-time champions are often expected to find it difficult to emulate that success and while it has not been plain sailing, Davis relishes the rocky road to Cologne teams are faced with now, in comparison to what he dealt with as a player.

“Looking back at the numbers, I see that we won the fewest matches this season, but we were in a really tough group. Everyone said before the season that we had the easier group, but it was a real battle.

“Winning away from home is so very difficult and playing in this group format is fantastic. It is difficult having to fight every day for every win, but I really enjoy the current format and I think it is better than the old way.

“The players were fantastic, despite the problems at the club, they trained at 100% every day and thought only about how to win the next match. We have to thank the players and everyone working at the club, because this season was not easy.”

A big advantage for Vardar this season is that the vast majority of their title-winning squad stayed intact, with only Dainis Kristopans coming in to replace Alex Dujshebaev, but an important aspect of their journey this year is what the players have learned about themselves.

“The players who have been here from the beginning, they play with much more confidence. Now they really know what they are capable of and what we want from them.

“From this point of view, it was so easy to work with them – when you’re so full of confidence there is not much we need to correct.”

Where everyone wants to be

This will be Davis’ sixth FINAL4, including his trip to Budapest as Vardar women’s coach in 2016, and the emotion he attaches to reaching the final destination is one of pure happiness.

“As a player, with Ciudad Real and Atletico Madrid, we always thought we could make it to Cologne and we did it three times, but once you get there, everything changes.

“You are where everyone wants to be, at an event which gets better and better every year, everyone talks about returning. So for us, we are full of joy.”

Arriving as defending champions will put a target on Vardar’s back, but Davis is certain there will be no added pressure, instead believing that “everyone will be so happy and proud of the work they have done once we arrive. That was my feeling as a player and I think they feel the same.”

Alone among the French

No longer are Vardar the feisty underdogs, heading to the VELUX EHF FINAL4 for the first time. Their pair of thrilling one-goal victories over Barcelona and PSG last season mean the romantic neutrals will not have their back and arriving as the only non-French side is a truly unique situation.

“We will be kind of alone, as the only non-French team and defending champions, as fans usually go for the underdogs, so we are not going to have a lot of support.”

While three French teams reaching Cologne is a surprise, it is by no means undeserved in Davis’ eyes.

“French league does a fantastic job, on the court, budget control and in its marketing, they use media very well. When you do these things well, then you end up with three teams in the FINAL4.

“France has become a popular place to play and I want to congratulate the French league for their fantastic work.”

Learning from the past

Spanish coaches are known for their meticulous preparation for matches and Vardar coaches Raul Gonzalez and Davis are no different, but they will have next to no time to prepare for the final, should they progress past Montpellier.

“It is complicated to make an analysis on all three teams. You prepare the first match as best you can, it is wrong to guess who you might play on Sunday, so you focus 100% on the Saturday and if you win, you see some things and prepare a bit and focus on your own play.

“I remember Barca against Flensburg in 2014. Barcelona are up by six, so Xavi Pascual changes some players and whoops, they have lost their lead. Every coach would do the same after being in such a comfortable position, but things can change so quickly. You simply cannot afford to think about the next day.”

Like many at Vardar, the 41-year-old’s handball journey continues away from Skopje this summer as he takes over the Egyptian national team. It will be an emotional weekend, regardless of the outcome as the current squad as we know it will change remarkably, just like the Vardar women’s side which lost their final in agonising fashion earlier this month in Budapest.

“You must learn from these examples, last season was the same for us, but with the opposite result, if Cindric did not score against Barcelona, we may not have been in the final, in Budapest it was Lazovic’s shot which hit the post and stayed out, that was the difference.

“We must remember that if we have the chance again, we have to grab it. It is simple, but you have to visualise it and take it if it comes.”

Davis understands that the finest of margins dictate how an entire season is viewed and for him and Vardar it is all about putting themselves in the best position possible to succeed.

“The emotions are hard to control, but you need to learn to do that. Hopefully we will be in a position where we can take our chance again.

“But we will focus on the first match and then we will see, like the people in Egypt say: ‘Insha-Allah’.”