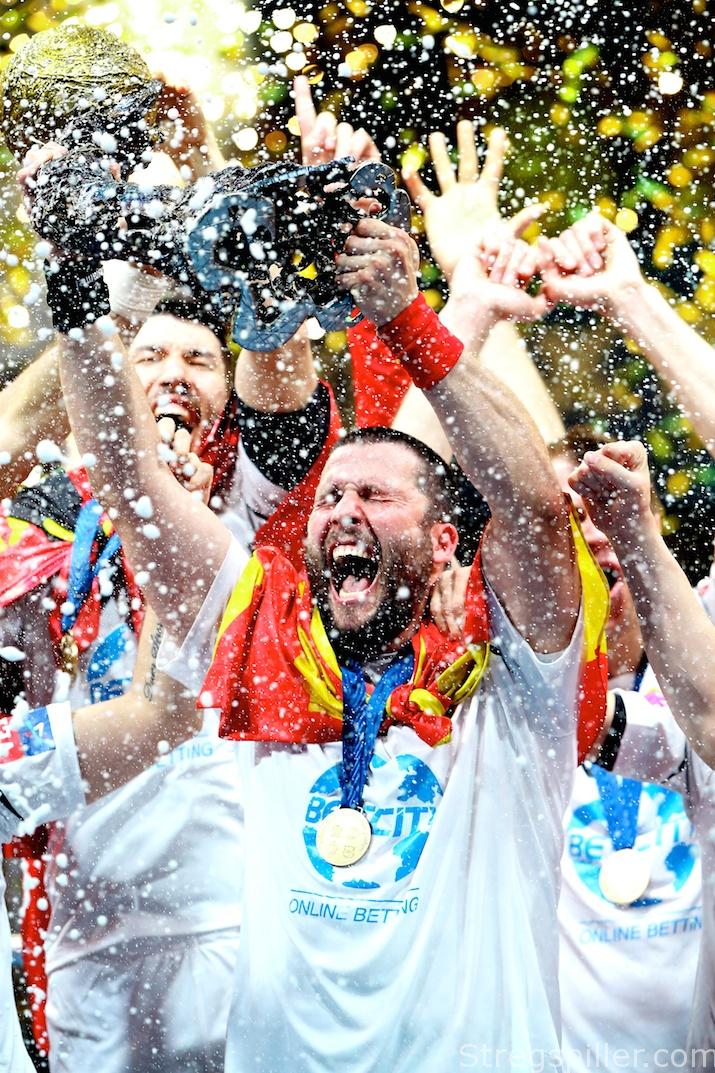 “This was one of the fastest summers ever”

To be honest, I knew who Stole Stoilov was before I talked to him for the first time in early June.  The fact that I talked to him for three days in a row and enjoyed the time together, only assured me that I would never forget him.  After Vardar won the final of the 2017 Champions League against Paris in stunning fashion, the captain of the Macedonians reminded me of his earlier statement – that they were no underdogs in Cologne.  Obviously, he did so once again when I met him this past Friday, in Gummersbach at the “4 Club Tournament”.

First of all – it’s nice to see you again.  We have to talk about your summer and especially the days after returning from Cologne to Skopje with the trophy in your hands.  I saw all the pictures on Instagram and videos on many social media channels.  It must have been an amazing experience?

SS: Because handball is the number one sport in Macedonia it was a once-in-a-lifetime experience – well, I hope not!  I hope to experience it once more, but of course it’s difficult, because after last year nothing is the same.  We have to play like champions every game.  We have to motivate ourselves against every team and every team will play better against us, because we are the champions.  We have to live up to those expectations this year and I just hope we will do that.

Did you find the time to really calm down, to relax?  Because once experience something like this, I imagine it’s difficult?

SS: This was one of the fastest summers ever.  It went by very quick, but we are professionals and we know what’s coming.  That’s sports.

Well, I saw Ivan Cupic and I think he had some nice BBQ parties this summer; at least that’s my impression.  You already mentioned next season, that it will be a difficult one and that everybody wants to beat you, because you are the champions.  Last year it seemed like the previous champion, Kielce, lacked the same fire as the season before.  Can you guarantee that you will have the same desire again as a team?  I’m sure you will have the same fire?

SS: Look, we will play as a team.  Last year we were the underdogs, we didn’t have stars like PSG, but one thing that worked for us, was that we were playing as a team.  In every game someone else was the top scorer.  I know that this year will be the same, but it will be harder.  Like I said before, we have to find the right motivation, show character and also prove that last season wasn’t only luck.