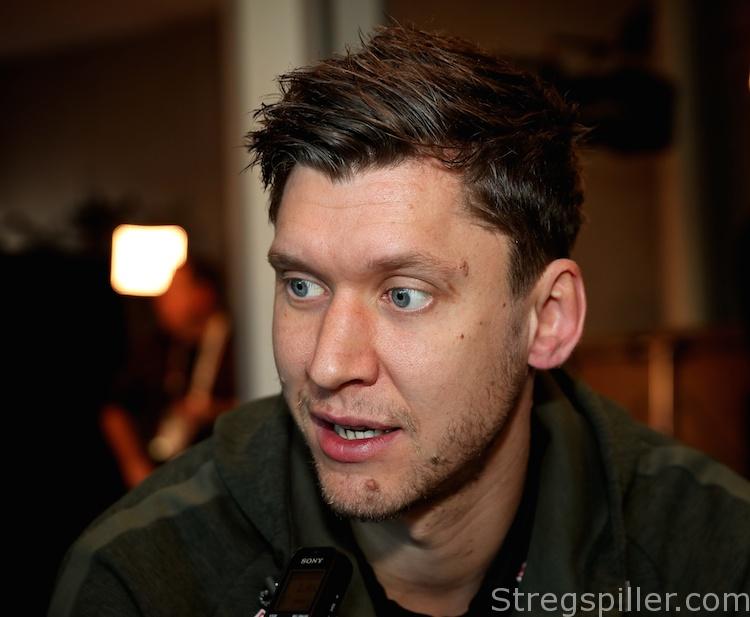 “One of the greatest experiences in my career”

INTERVIEW – Just like everyone else in the Danish camp, Niklas Landin is happy that he and his teammates have emerged from the group phase of the 2019 World Championship with the maximum of four points.

Although, he doesn’t take anything for granted, he admits that things look quite good before the start of the main round and that playing in front of a capacity crowd, in Boxen arena, in Herning, has been among the greatest experiences in his career so far.

Just like the rest of the Danish team, the 30-year-old goalkeeper from THW Kiel had to work hard throughout the entire 60 minutes in Herning’s jam-packed Boxen arena, where Landin played a crucial role in securing Denmark’s victory.

“It has been five good games for us.  Collectively we enjoy a fantastic feeling, right now, entering the main round on four points and after defeating Norway, who are one of the favorites to go really far in the tournament,” as he sums up his team´s performance to date.

“The match against Norway turned out the way I expected it, more or less. It was a high paced game and it was a close match, except for the 10 minutes, when we ran away.

“In general, it was a tough match to play. When they cut our lead from nine to two goals, it happened because we didn’t run as much as we should have done and we did not put as much pressure on them  as we did before.

“Maybe we were a bit lucky with some of our shots during this period as well, when we increased our lead, but I think we slowed down a bit too much thereafter and that allowed the Norwegians to move closer,” sounds the analysis of Landin who does not blame Denmark’s difficulties towards the end of the match, on the many injuries in the team.

“No, I still think we should have closed out the match when we had the opportunity. When you lead by nine goals with 20 minutes left, you have to be able to finish the game.

“During this phase, we simply were not sharp enough, but fortunately, our lead was big enough and we got away with it,” he says.

Line player, René Toft Hansen, was injured early on in the match and had to leave the pitch and Denmark´s only left-handed backcourt player, Nikolaj Øris, followed him shortly thereafter.  Still, the Danes carried on and won the decisive match against their Scandinavian neighbor.

“For instance, I think Simon Hald performed really well. We played nearly fifty minutes without René and in this situation, Simon demonstrated that he is ready to take over. He has already shown it in Flensburg that he is ready for the big, international challenges. Obviously, we hope that he can deliver some more performances similar to the one against Norway,” says Landin about Denmark´s new star on the line and in central defense.

Star status is something that Niklas Landin has been accustomed to for many years and he certainly has shown a very high performance level at this World Championship, and the game against Norway was no difference.

He is a bit reluctant to talk about his own qualities, but he does not think it’s particular difficult to perform well, in a venue like Herning’s Boxen arena.

“Entering Boxen gives me a fantastic feeling, every night we take to the court. We all have this feeling that no opponent can harm us, when we enter this arena.

“Of course, it’s always nice to perform well, especially during a championship, when doing so is extremely important.

So far, it has been one of the greatest experiences in my career,” says Denmark’s number one goalkeeper.

When looking ahead towards the main round, where Denmark will meet Hungary, Egypt and Sweden, he remains confident, but still won’t take anything for granted.

“We are talking about three good teams, but they are teams we should be able to defeat as well.

“As number one in our preliminary group we have not won anything, yet. All we have done is putting ourselves in a really good position.

“First, we will do all we can to get another victory against Hungary, on Saturday – basically that’s what we focus on, right now.

“I have not seen much of Hungary in this tournament, yet. All I have noticed is that Laszlo Nagy joined the team.

“This means that Hungary have been reinforced, especially in defense.

“I think it has served us well to get a wake-up call in our last test match, precisely against Hungary (28:25 for Hungary, ed.)

“We will be even more anxious to avenge the defeat,” says Niklas Landin.