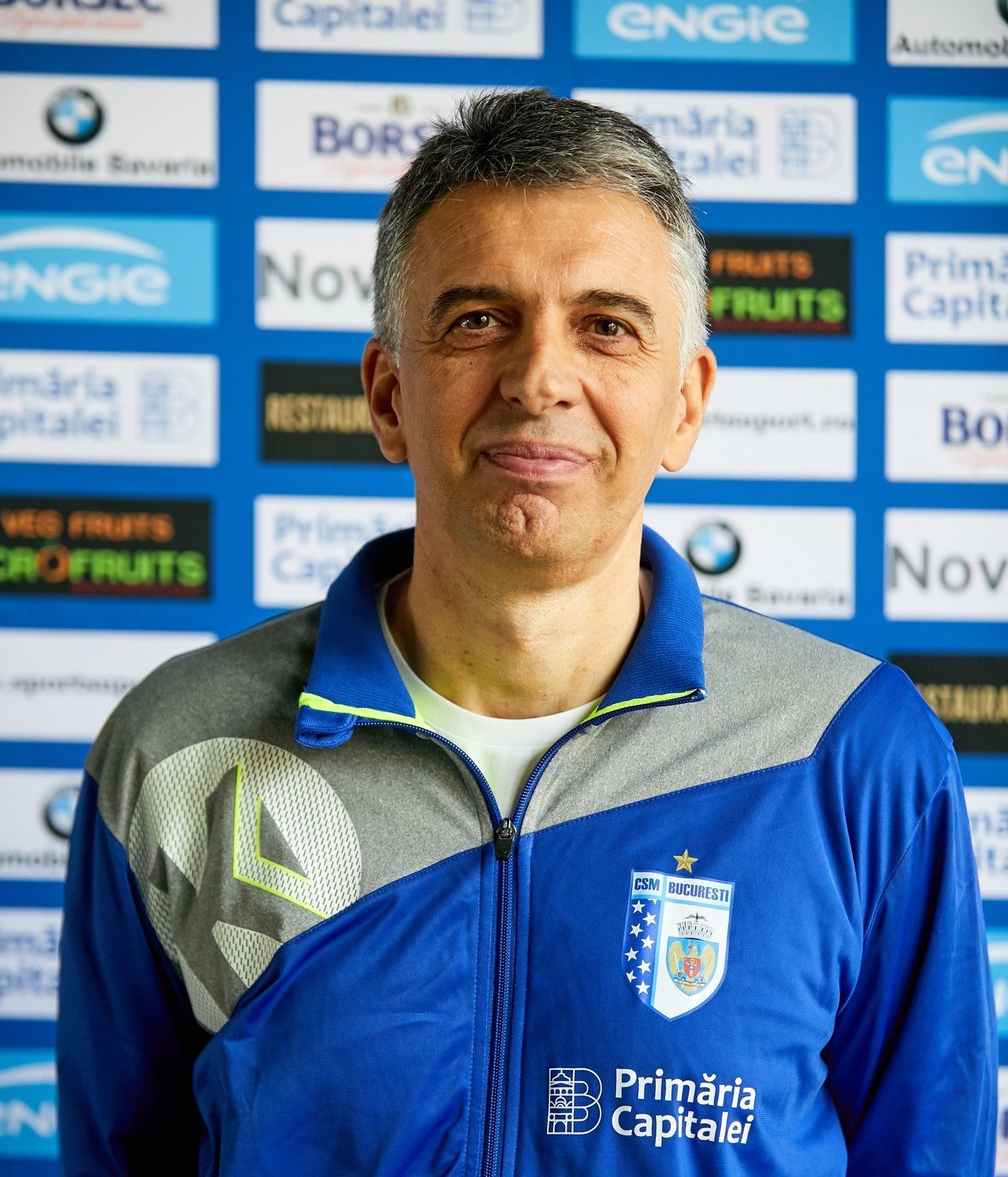 INTERVIEW – Even for a coach as experienced as Dragan Djukic, the women´s team of CSM Bucuresti can be a challenge. “Complicated” is the term he uses when describing his six months in charge of the Romanian handball powerhouse.

In this exclusive interview with stregspiller.com, he also reveals a coaching approach, which may not perfectly correlate with CSM’s team building philosophy.

Dragan Djukic is a handball globetrotter – Montenegro, Israel, Great Britain, Jordan, Switzerland and Macedonia are the national teams that he has coached thus far.

And, if you include squads like Pick Szeged, Metaloplastica and HC Vardar on the club level, you cannot but agree that he has developed  a very impressive CV, next to countless handball talents.

As of October 18, 2018 the 56-year-old Serb is in charge of CSM Bucuresti’s women’s handball team.  Actually, it’s the first time he is coaching a women´s team and it begs the question if he sees a difference between his former jobs and the current engagement?

“After only six months, it may still be too early for me to draw any final conclusions regarding the difference between coaching women and men.  Having said that, I have noticed variances in the mental area.

“When a men´s team start a match, they tune out everything else other than the handball game they are going to play. Women are much more aware of their surroundings. They need to feel secure more than men do and they need to be reassured that you are still there for them,” says Dragan Djukic, who admits that this need for security may be even more noticeable at CSM, because the club has changed coaches so frequently. As a matter of  fact, no coach has lasted more than nine months, since 2015.

“There is no doubt in my mind that in the  beginning, they (the players ed.) thought, “This is just another man telling us another story.”

“It was obvious that I had to gain their confidence and convince them that I was there for them.

“I think I have succeeded in this regard, but in general, the past six months have been a complicated journey.

“I began working with the team in mid October and one month later, they all went away joining their respective national teams to compete in the European championship, in France.

“At the end of the tournament, two players returned with long-term injuries – Cristina Neagu and Amanda Kurtovic.

“On top of it, we are currently missing Majda Mehmedovic, Andrea Lekic is out for three weeks with back problems and Sabina Jacobsen has been suffering from a virus.

“Obviously, all of it means that I am working with a completely different group of players, than I started with and all of it happens at a time when our future is at stake in the Champions League as well as in the domestic league, where the title race will be decided, when we meet Valcea, next Wednesday,” Dragan Djukic tells stregspiller.com.

Only two of CSM’s head coaches in the past four years have left the club on their own terms.

Kim Rasmussen – he walked away and took over the women´s national team of Hungary after leading CSM to victory in the 2016 Champions League final and Per Johansson, who was brought in as temporary coach for the team’s two most recent FINAL4 appearances.

So, why did Djukic take the job?

“A friend of mine who is involved with the men´s team at CSM, asked me if I could help and I found the challenge interesting and getting a chance to work with female  players also appealed to me.

“I have a contract until June and I realize that next season probably someone else will  be in charge, but the thought does not bother me,” he says.

Taking charge of CSM after the summer break will be an interesting job for sure, considering the exceptional talent pool which includes players such as Denisa Dedu, Nora Mørk, Crina Pintea, Carmen Martin, Linnea Torstensson, Laura Chiper, Gabriela Perianu and Andrea Klikovac.

Those names alone represent a strong lineup but it’s just the list of players who will be joining next season to team up with stars like Andrea Lekic, Cristina Neagu, Maida Mehmedovic, Dragana Cvijic and Jovanka Radicevic.

Yet, CSM’s philosophy of how to build a team does not necessarily align with Djukic´s ideas.

“I am sure there are many coaches who would like to sit in my chair, but in fact I am more passionate about building a team than just coaching a group of stars.

“Stars alone do not make a great team. Of course, you need them too, but what you really need to create a strong team is the right mix between experienced stars and young and hungry players.

“I like to build teams this way and I suggested some players to the club, but some of them decided to move in other directions.

“In general, I am preoccupied developing new talents.

“In this respect, a project, which is dear to my heart is a Serbian project named “Handball4All” – it has been running since 2011.

“The program is designed for coaches and other handball lovers from all over the world and lasts for one week.  The focus is on developing individual training concepts for young players and provide input to their coaches,” he explains.

While he claims not having any detailed career plans once his contract at CSM expires, there is a chance that he may not be done coaching women.  Indeed, he sees more innovation in women´s handball than on the men’s side.

“At the Men´s European championship in Croatia last year, where I was coaching Montenegro, I noticed that 15 of the 16 teams were practicing the same defense system.

“The only way you could tell the difference between those teams was by the colors of their jerseys and their flags.

“In women´s handball, we have so many more different ways of playing the game. There is the Scandinavian style, the Balkan style, the Korean style, the Brazilian style and the Angolan style. I just love the diversity,” says Dragan Djukic, whose passion for handball could be felt strongly throughout our long talk.

Rostov-Don or Buducnost – it doesn’t matter

Right now, the seasoned coach has some urgent problems to deal with, as CSM expect to win the Champions League every year. So far, they have only succeeded once – in their maiden season 2015/16 -and the chances to take the trophy back this year have been gradually reduced by several injuries.

After the 23:22 defeat in Ljubljana against Krim, this past weekend, CSM are not in control of their own destiny anymore, even if they live up to expectations and win their last game, at home, against Thüringer HC, on Friday.  CSM will still depend on help from no other than their worst rival – Györ.

Only if Györ succeed against Vipers, on Saturday evening, can CSM finish in second place in their main round group.  In this case, they will be facing Buducnost in the quarter-final.

And, if Lekic & Co. finish third, they will be up against Rostov-Don and the second leg will be played in Southern Russia.

The dismal situation does not bother coach Djukic.

“We are where we are because we lost against Krim. On top of all the players we were already missing, we lost Constantinescu because of a red card and this will reduce our already diminished squad even further.

“However, I am not sure if it really matters that much, which team we’ll meet in the quarter-final and if we finish at home or away.

“Sometimes, it’s beneficial to play the second leg at home, but sometimes, it can also be an advantage to play the last match on the road, if you have a clear lead.

“Furthermore, I am not so sure that it will make much of a difference, if we meet Buducnost or Rostov-Don.

“I have much respect for my friend, coach Dragan Adzic (Buducnost) – the club has 30 years of experience at the top level and they have their own style.”