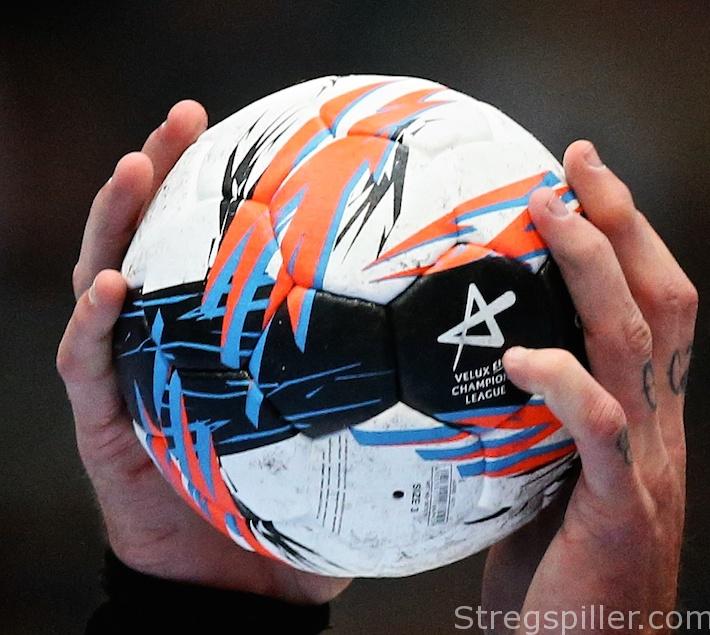 While CSM Bucuresti’s coach Kim Rasmussen had a complete bench at his disposal, his counterpart Sabina Wlodek had to do with only eleven players. Amongst the one’s missing were Lublin’s left wing Agnieszka Kocela, line player Johanna Drabik and right-back Alesia Mihdaliova.  Considering availability of players, Bucuresti already led 18:11 before the first whistle blew.

MKS Selgros Lublin was able to hang with the Romanian champions during the first 30 minutes when Bella Gullden & Co. went ahead by one goal only 14:13.  A fact that had more to do with Bucuresti’s inability to convert on a number of open shots rather then Lublin’s defensive aptitude.  Instead of “game over” it spelled “game on” for the visitors from Poland.  Eventually, coach Wlodek’s team ran out of steam and options during the second half and from minute 45 onwards Bucuresti stayed in cruise control to secure its very first win in the club’s inaugural Champions League season.

Bucuresti approached its maiden voyage to the 2015/16 Champions League competition nervously.  Line Jorgensen missed on a couple of shots in the opening minutes of the game before the two wing players Maria Fisker and Carmen Martin established a two-goal lead.  What followed was Bucuresti’s strongest period in the first half. Led by Jorgensen who scored on three consecutive attempts, the club from Romania’s capital looked well positioned and on the road to victory.  But in the last ten minutes before half-time, Lublin allowed only one more goal while Marta Gega and Iwona Niedzwiedz kept scoring from long range, staying within striking distance.  Coach Rasmussen summed it all up during his 19th minute time out – “We have no power and apply no pressure.”

Ten minutes into the second half the match was effectively decided.  Returning from the locker-room, Bucuresti went on a 7:1 run while Cristina Varzaru (scoring from right-wing spinning the ball past Lublin’s keeper) and Ana Rodriguez (converting a spectacular pass from Gullden, Kempa style) showed their individual class. “Bella” Gullden was in charge and it showed.  Still, Lublin reduced the score one more time to four goals before Cristina Varzaru and the rest of her teammates put on the finishing touches – 33:21.

Line Jorgensen (Bucuresti) – in our humble opinion.  Determined from the very beginning, she was the key player during the first 30 minutes on both ends of the court.  Aggressive in defending Lublin’s star player Marta Gega and instrumental in building her teams’ lead during the early part of the first half. When she left the field Bucuresti’s offensive rhythm broke down.  Jorgensen’s second half was a mirror image – a strong, concentrated performance; scoring a total of six goals from the field.

Linnea Torstensson kept watching from the stands.  Once back on the pitch, expect Bucuresti’s back-court turn into an even more lethal weapon.  Lublin arrived with only eleven players which put the team at a severe disadvantage from the get-go.  At full strength, coach Wlodek’s team will become more difficult to beat – no doubt.

The clash of the back-court stars – Line Jorgensen and Ana Rodrigues vs. Marta Gega and Iwona Niedzwiedz.  Like the final result of the game, Bucuresti enjoyed the better end.  The Danish-Brazilian power-duo outscored their Polish competitors 12:10.

Ana Rodrigues’s Kempa style, one-handed conversion of Isabelle Gullden’s pass, scoring the 19th goal of Bucuresti in the second half, should make it easily one of the EHF’s top 5 goals of round one.

Kim Rasmussen (Bucuresti).  He had to win this one despite being on the job for only a few weeks – and it showed.  Tense and concentrated from the opening whistle, he guided his team to its first ever Champions League win.  Took corrective measures once he realized that it was not Denise Fachinello’s day. His intensity on the bench and unscripted speeches during time-outs will be a pleasant addition to this year’s edition of the Champions League.

CSM Bucuresti opened the 2015/16 Champions League season for the first time in the club’s history and recorded its first win after a jittery start.  Kim Rasmussen looks like the right leader to take the team deep into the tournament; possibly all the way to Budapest in May 2016 if the club can stay out of renewed financial troubles and, of course, remain injury free.  Expect him to keep the all-star team focused, implement additional defensive measures and accelerate counter-attacks in the months to come.

Sabina Wlodek had a tough assignment, traveling to Romania’s capital.  Yet, her reduced team managed to stay with “Bella” Gullden & Co during the initial period before her squad’s strength began vanishing.  Over time and with a complete bench at her disposal this will change; certainly when playing on home turf.