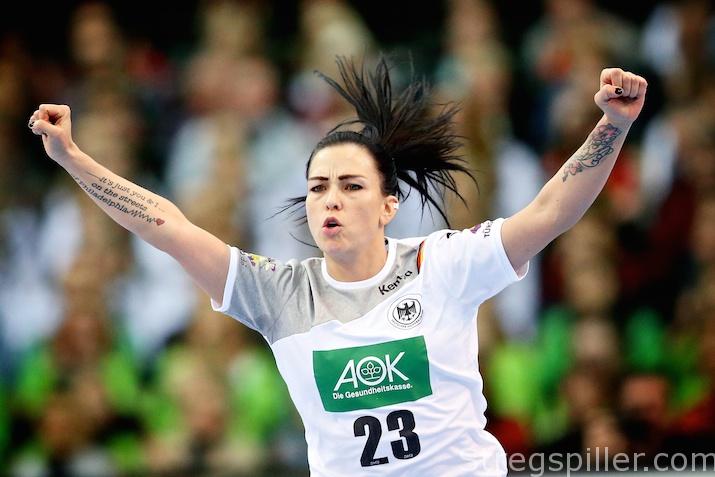 Opening win – but at a price

Germany recorded the expected victory in their home opener versus Cameroon at the 2017 World Championship. But too many missed opportunities and lack of concentration at times leave room for improvement.

The premature exit of playmaker, Kim Naidzinavicius, with a torn anterior cruciate ligament, only added to the concerns of coach Biegler.

Germany entered the game as the obvious favorites against the African nation of Cameroon. Bad memories dating back to the 2011 World Cup in Brazil, when Germany lost against another opponent from the African continent – Angola – were unfounded.

Cameroon, plays at a World Championship only for a second time in history, with their debut being 12 years ago.

Germany can take some comfort that opening games are always tricky, while Cameroon can be happy that they were not run over as most of the 6,000 in attendance at Leipzig arena expected.

For a moment, it looked like Cameroon would be severely trashed when Germany went up 9:2 by the 16th minute. But then lack of concentration got a hold of the hosting team. Still, in the end a 14 goal-win will always be acceptable.

Team Germany did not disappoint us, but they did not impress either.

A patient – some would say slow – attack and a very physical approach when in defense, Cameroon tried to mess with the rhythm of the game, but without much success. It all changed as the first half progressed, and #DieLadies adjusted to this rather unorthodox opponent.

Less than three minutes in the game, a most dramatic – and sad – incident occurred when Kim Naidzinavicius had to be carried off the field and later on was taken to the hospital where she was diagnosed with a knee injury that will keep her of the pitch for the rest of the tournament.  The exit of Naidzinavicus is a very significant blow to the ambitious plans of Team Germany.

Event without Naidzinavicius and despite a lack of concentration, Germany stayed in control. Cameroon managed to reduce a German 9:2 lead to 9:5, but then the host tightened the grip again and produced a number of excellent scoring opportunities.

Given the circumstances, a five-goal half time lead was all coach Biegler and his Ladies got

Having scored 12 goals before the break was not satisfactory and it all changed with the start of the second half.

Germany added pace to their game, focusing on fast breaks and finishing the shots they took – via 17:8 and 23:9 Loerper & Co. cruised to a secure victory.

6,000 spectators at Leipzig arena did what was asked for – creating a festive atmosphere.

Although, they were neither witnessing a thriller nor a spectacular show, they appeared to be happy with the overall performance of their team.

Germany will face tougher opposition soon and they will have to improve significantly in order to handle the upcoming challenges, already in the preliminary group.

Cameroon, in contrast, experienced the limits of their handball game in the opening affair against the host. In all likelihood the Africans will not book any wins in the preliminary round of the 2017 World Championship.