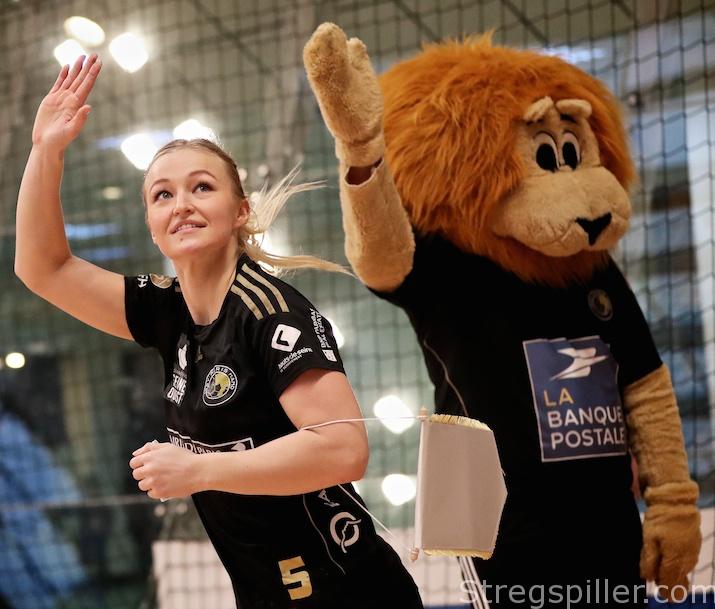 Other nations are closing in

INTERVIEW – There may not be as many titles on the horizon for Norway’s women in the future, as the international top is getting closer all the time, Stine Bredal Oftedal realizes in this exclusive interview with stregspiller.com.

Yet, she still expects her country to remain one of the elite nations in the world of women´s handball.

After successfully defending their status as European champions back in December, Norway still claims two of the three major titles in women´s handball, but the future may look different.

Right now, Olympic champion is the only title, Norway’s “jenter” do not “own”, and playmaker Stine Bredal Oftedal is well aware that it may become harder to win trophies in the years to come.

“There is no doubt that the top is getting closer, and that more teams are joining the battle for titles.

“However, I think it would be a correct statement when I say that we should be able to stay in the absolute top, and that we train to do so, all the time.

“I hope and believe that we will manage to remain part of the elite.  It will be tougher, but this is only good for women´s handball,” Stine Bredal Oftedal tells stregspiller.com.

The European championship in Sweden was an excellent example of how the very top in the world of women handball is getting closer.

Norway did manage to win all of their eight matches in the tournament, but the final game illustrated perfectly well that winning every championship is no a given anymore.

The Netherlands put up a tough fight in Scandinavium arena, in Gothenburg, where Norway only managed to win a thrilling final 30:29.

“We accomplished the victory because of a strong defense formation and two very good goalkeepers.  These factors were key.

“Furthermore, we have a good mix of experienced and new players, who all contributed, and this was another big part of our strength.

“I also think that we are very good at working thoroughly on small details, and over the years, we have created a huge winning culture, which comes in handy,” finds the 25-year-old center-back.

“We always enter a championship with the dream of going all the way.  Winning all our matches, like we did in Sweden gives us self-confidence.  At the same time, we try to focus on one opponent at a time, as we know that small details can decide a match,” says Stine Bredal Oftedal who did not play quite as much in Sweden as in previous competitions.

In several matches she was replaced for some time with Marta Tomac (Vipers Kristiansand).

“I am not sure if that made me feel less pressure.

“I always want to play well and contribute to our team getting far, and I also think that others expect me to do this.

“Still, it is kind of reassuring to know that everything is not resting on my shoulders, and that others can come in and perform well like Marta did.  This is a great strength of our team, especially when things are not working perfectly for me,” says Oftedal who is playing her fourth straight season at Issy Paris, a club she joined from Stabæk in 2013, and where she still feels comfortable and welcome.

“It has been a very good experience for me to be in Paris and to play in the French league.

“There are many teams down here of high quality – so playing in the French League has really developed me further as a player,” explains Oftedal who admits that women´s handball in France is pretty much in the shadow of the ongoing men´s World Championship, right now.

“It is obvious that there is much more focus on the men’s side at the moment, and that’s the way it should be.

“Generally, the men’s league ranks higher in France, but there is fine support for the women´s league as well.”

Missing to play the Champions League

There is one downside to playing for Issy Paris Handball at the moment.  There is no European handball for the rest of this season.  Already, back in October, Issy was sent out of the EHF Cup in the second qualification round for the new group stage.

Two defeats against Hungarian ÉRD, 30:26 and 29:26 at home meant an early exit from European club handball for Stine Oftedal and her teammates.

“Of course, it was a huge disappointment for us being sent out so early, but there is nothing we can do about it now.

“Instead, we have to focus so much more on the French league and the French Cup.”

She admits, however, that she misses playing in the finest of all club competitions – the Champions League.

“There is no doubt that I very much want to play in the Champions League, and I am very tempted by the thought of it.

“It is definitely a step, I want to take at some point,” she says, but admits that there are also good reasons for staying in Paris and with Issy, where she plays with her younger sister Hanna, her teammate in the national team, goalkeeper Silje Solberg and yet another Norwegian, line player Pernille Wibe.

“Right now, it is hard to say what I will decide.

“I have benefitted a great deal from where I am at, playing with close friends and in a club that is very ambitious.

“We will simply have to see what the future brings,” says Stine Bredal Oftedal.