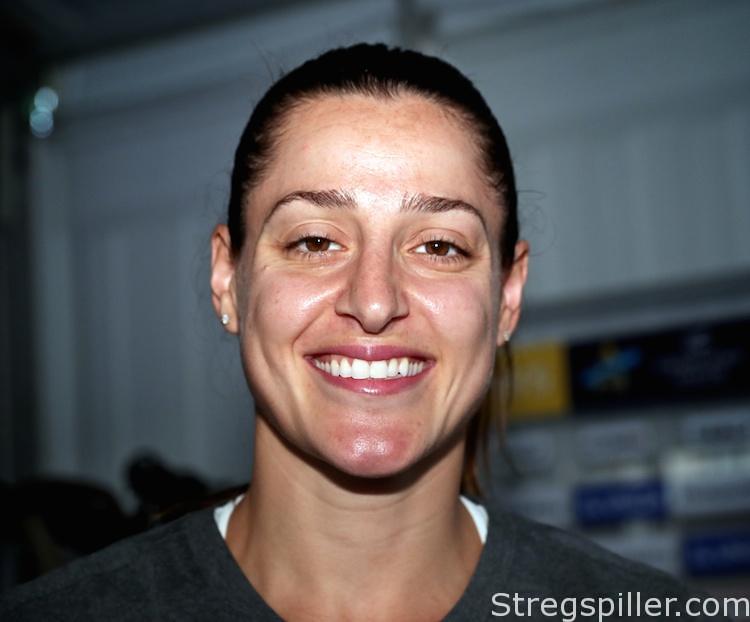 “Our season has been a roller coaster”

INTERVIEW – For Györ´s Brazilian backcourt player and defense specialist, Eduarda Amorim, this season has been one with many ups and downs mainly because of numerous injuries.

Still, she has full confidence in her team’s abilities ahead of the 2018 FINAL4, in Budapest.

Eduarda Amorim is one of the most experienced performers among the many veteran players in the team of Györ.

The 31-year-old Brazilian international also is a key player for the defending Champions League winners and it quite notable when she was sidelined with another injury earlier in the spring.

In fact, Györ have been plagued with injuries this season and Amorim admits that it has been hard on the team and created some problems.

“It has been a very challenging season, as we have had two or three key players out with injuries all the time.

“We managed to adapt to it and somehow it has shown shown our strength, as we were able to perform well even when considering these handicaps.

“I hope we will do the same this weekend,” she says, realizing that these problems are far from over.

Norwegian right back, Nora Mørk, is out for the long term and so is another versatile backcourt player, Zsuszsanna Tomori, who will be particularly missed in defense.

“Of course, it is a handicap to miss both of them, but we have seen that others have been able to step up and fill the void.

“We simply have to accept that they are not here and that the rest of us will have to work a bit more.

“The missing players are not an issue for us anymore.

“We are here to win with the players we have!”

“Our team is in a good condition”

Aside of dealing with the disadvantages of missing critical players, a smaller squad will inevitably mean more work for those left on the court – including the risk of fatigue early on in the final round. Eduarda Amorim does not see it as a problem for Györ.

“Our team is in good condition and we all help each other a little bit more all the time – somehow, we play more as a team now.

“That’s one of our strengths, I think – we’ve managed to overcome these problems and grew even stronger mentally,” she finds.

As mentioned before, she has had her own fair share of injuries this season and only recently returned to the pitch. But, she feels fine.

“Yes, I feel completely fit and ready for the challenge this weekend,” she confirms and with a big smile she emphasizes just how much she is looking forward to the FINAL4.

“It’s never boring – I can say this for sure.

“It is exciting to be here again and I am happy to be back.

As the event is held in Hungary, Györ have home court advantage of sorts and they are the team everyone wants to beat.

“Personally, I am quite comfortable with this situation and I think we will all benefit from the atmosphere in the arena.

“As a team we are very confident, but we also rely on the support of our fans.

“We are used to them helping us during our matches and especially in the tough moments. I am sure they will be there for us again this weekend,” she says.

She agrees with all those who have characterized the upcoming FINAL4 as the closest one ever.

“I agree with them. This FINAL4 really does not have a favorite. It will be decided by the team, which enjoys the better day.

In the first semi-final on Saturday, the 2016 champion, CSM Bucuresti, will be Györ’s opponent and it is no surprise that Amorim is expecting a hard fought encounter.

“I think the match will be decided by small details and by the team that has the better day and better attitude.

“First of, we will have to stop Neagu.

“I think she is the absolute key player.

Stopping her will be quite difficult and our defense will have to perform well, not only against her but against the rest of their offense as well.

“If we can achieve it all, I think we can reach the final,” expects Eduarda Amorim.