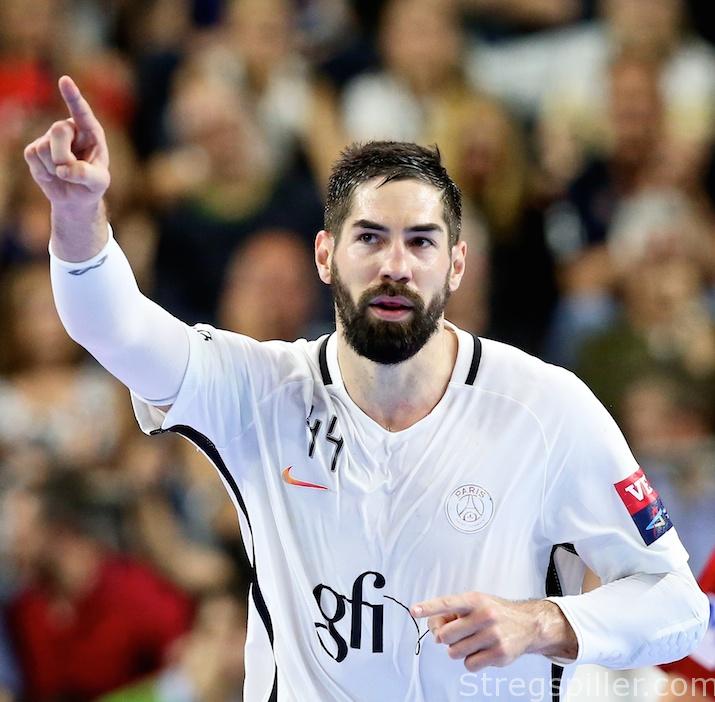 Veszprém had done their best to present themselves as underdogs in the days ahead of the game, and they found support in the general public, which saw PSG as favorites, not only in the semi-final, but to win the Champions League as well.

Veszprém was hoping for a first victory after losing both matches against PSG in the group phase.  PSG won 29:28 at Veszprém Arena and on home ground, PSG succeeded, 28:24.

Even thoughVeszprém’s players, including star goalkeeper Mirko Alilovic, claimed to be the underdog in this contest, Alilovic also stated that his team was stronger now than during the  group matches.

“We suffered the two defeats in our worst part of the season. We are considerably stronger now, and in goal, Rolle (Roland Mikler) and I are ready to close the gate” he told stregspiller.com.

“Goalkeepers, defense and the number of technical mistakes will decide the match,” he expected.

Even though PSG had the initiative most of the time and led for long periods in the match, the game still ended in thrilling fashion.

In fact, a technical mistake by Veszprém in their last attack with six seconds left to play for, decided the encounter.

At that point, the score was 27:26 for PSG, a Veszprém goal would have caused extra time.

Instead, Veszprém turned over the ball, and it did not mean a thing to PSG that Nedim Remili ́s goal cams after the buzzer had sounded.

PSG actually had the initiative for most of the first half, but they did not get much out of it.

When they went ahead 7:4 after 12 minutes, they seemed to be taking control, but it did not take Veszprém long to stage a come back.

Their “Spanish” defense, pushing the back at the opposite side of the ball forward caused PSG problems in offense for long periods in the first half.

Furthermore, Veszprém set their defense pretty far back at the beginning of each PSG attack, while pushing it forward, as PSG’s attack continued.

Only Mikkel Hansen from distance and Uwe Gensheimer on left wing were able to crack s strong Hungarian defense system.

Both teams protected the ball well; technical mistakes were scarce and fast breaks were few. While Vszprém defended well, their offense was nothing to write home about.

A stellar Mate Lekai did his best to tie the Hungarian attack together, but most of the  11 Veszprém goals were the result of a rather shaky PSG defense.

If it had not been for several remarkable saves from Thierry Omeyer – his saving percentage reached 44 – PSG would have been in serious trouble.

Omeyer caused particular problems for Veszprém’s powerful shooters, but then again, none of them were really at their peak.

Considering the fact that Veszprém does have three great right backs, it came as a big surprise that head coach Sabate only nominated one – Laszlo Nagy.

Nagy definitely did not play the best half of his career, only scoring one goal on five attempts.

Not much changed at the beginning of the first half.  PSG still had the initiative, but they did not  manage to shake off Veszprém.

PSG coach Zvonimir Serdarusic pushed his defense a bit more forward, but it was not enough to control Veszprém’s offense in what would become a high-scoring second half.

However, Veszprém ́s defense was nor performing either, not anymore.  In particular, Andres Nilsson seemed to be misplaced as central defender.

When Mikkel Hansen handed PSG their second three-goal lead (19:16), the French favorites appeared well  on their way to decide the match.

Seven minutes later, however, the score was equal again, as Blaz Blagotinsek scored the equalizer at 21:21.

In the remaining 12 minutes, the match changed between two-goal leads for PSG and stand-offs.

With barely two minutes left, Nikola Karabatic made it 27:25 – his first and only goal in the match.

25 second later, Laszlo Nagy, who improved on a poor first half with five goals after the break, reduced to 27:26. In the following PSG attack, Remili was denied by Mikler, but Veszprém lost the ball and the match.

The old guy is still going strong, when the going gets tough.

Especially in the first half, when PSG got into – unnecessary – trouble after a fine start, did the 40-year-old Omeyer keep them in the game.

It is really very simple at this stage of the tournament.

PSG can prepare for the final tomorrow, while Veszprém will have to try and motivate themselves for the bronze match.

In PSG ́s case, however, there is no doubt that more players will need to contribute in the last game of the season, than was the case against Veszprém, where Omeyer, Mikkel Hansen, Daniel Narcisse and Uwe Gensheimer were the dominating figures.

Considering Vardar ́s strong performance against Barcelona in the second semi-final, PSG will need all  they have to take their first Champions League trophy.