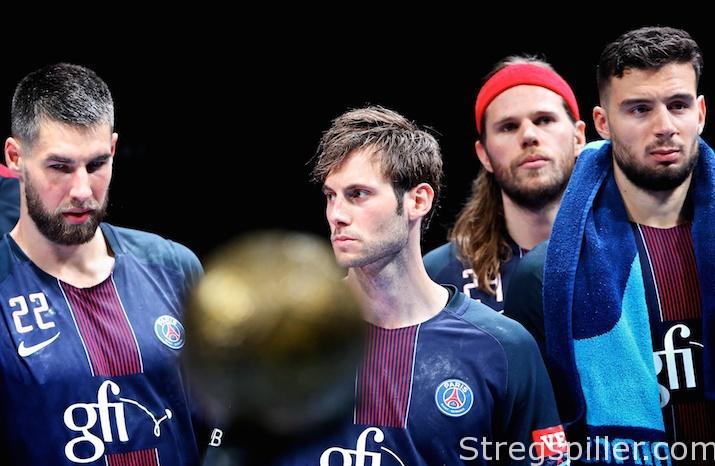 Paris Saint-Germain – Evaluation of a Failure

Losing a Champions League final is never easy. For Paris, Sunday’s defeat in the last game of the tournament was even harder. Not only because they lost by one goal in the last second but because it felt that they hadn’t played their best handball.

In fact, they probably played their worst game in the last two seasons. I can’t remember a game so important, and committing thirteen turnovers; four of them costly, in the last fifteen minutes of the game.

“More than anything else, the problem was in our intentions. Too often, we didn’t face the goal and ran towards the stands, “Noka Serdarusic said.

“There is no shame in dying while trying your best. But it feels that, at some point, we could have tried more and better,” agreed Nikola Karabatic.

They did try, but perhaps not in the best of ways. With only two goals on the stat sheet, it looked like Uwe Gensheimer was completely forgotten. PSG’s game focused on combat and not on passing and speed.

Was this the right strategy against a team like Vardar, which excels at tough, physical play? They had proven it the day before against Barcelona.

The lack of wisdom in the important moments of the game might be explained by physical exhaustion.

Of course, Paris’s players didn’t play as many club games as Veszprem did, but with a full season on their backs, they surely didn’t feel fresh.

Maybe the club’s front office should have taken a better decision instead of asking for a wild-card and to take part in Qatar’s Super Globe in 2016, leaving only two days of recovery for many of the key players that had just returned from the Olympics, in Rio. Two days are not even enough to make up for jet lag.  Hard to believe they got any sleep before flying to Qatar.

When you add this episode to a crazy international schedule, the pressure of playing a World Championship and a coach who’s not a fan of giving playing time to his bench players, you end up with a bunch that’s not at their best at the most important moment of the season.

“Somehow, we felt it coming in the last month. The stupid turnovers – we made them in the league against Aix and Saran and even against Veszprem, on Saturday. We were not as fresh as the teams which had ten days to prepare for the FINAL4,” explained Nikola Karabatic.

Speaking of coaching – by now every die-hard, French handball fan has started a war on coach Noka Serdarusic.  And every complaint appears to have some validity.

The list is endless. To the German coach’s credit, he tried everything he could in the final against Vardar. He was not going to use either Accambray or Xavier Barachet; two players who’ve barely seen the light of day for the past two years.

He did try playing with seven field players at some point, but that wasn’t successful either. He shuffled players, sending Narcisse on the pitch. It turned out to be a good idea – the 38-year old ended up being the second best PSG player. But there’s only so much you can do when your players are not at their best.

Alex Dujshebaev stole the ball from Karabatic’s hands and Hansen turned the ball over at a crucial time, fifteen meters from Sterbik’s goal. You can hardly blame the coach for it. The defeat was the sum of every little detail that went wrong during the game.

So what’s next for PSG?

After two failed attempts of winning the Champions League, with the highest budget of all-time in handball and a galaxy of stars, well…nothing’s going to change.

“We have to digest this weekend, take a break and then get back to work and try our luck again next season,” said Daniel Narcisse.

With regards to the roster, William Accambray and Xavier Barachet will be gone and Sander Sagosen will arrive, while Rodrigo Corrales will replace Gorazd Skof between the posts.

But can Paris hope for a better fate in Cologne? If they want to succeed, they’ve to hurry, because Barcelona’s young guns will probably arrive sharper next season while Veszprem must be expected an even tougher opponent with Ljubomir Vranjes on their bench. Kielce is preparing to be a “monster” in two seasons’ time, with the planned signings of Alex Dujshebaev, Blaz Janc and Luka Cindric.

In short – Paris will face even bigger opposition and winning the Champions League in 2018 won’t get any easier.