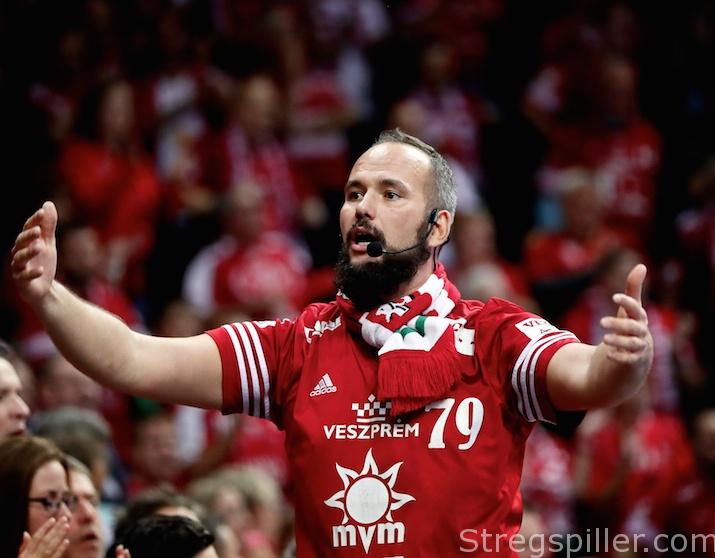 COLUMN – Management of Telekom Vezprém HC has certainly introduced new methods of motivating players and coaches after a potentially disastrous 32:25 defeat in Skjern, in the Champions League Round of Last 16.

The entire squad and staff have received notice of a pay cut – a decision that can be reversed, if the team begins to perform.

First, Skjern Håndbold stole the headlines in international handball, winning as big as 32:25 at home against mighty Veszprém, in the first leg of the Round of Last 16.

But then, a few days later, Veszprém struck back, when club management announced a wage cut for all players and coaches as punishment for recent poor performances – the defeat in Denmark obviously being the most embarrassing one, so far.

In the official statement of the club, the controversial decision read as follows: “ The Club and the Company behind the team decided to suspend the salaries above minimal wage for the first team and coaching staff of Telekom Veszprem until the end of the Hungarian championship. The Club and the Co. Ltd. will make their final decision regarding this matter according to the team’s performance in the upcoming games.”

In other words, players and coaches still have a chance to avoid the pay cut.  And qualifying for the quarterfinals of the Champions League is undoubtedly the most important first step doing so, as there is no immediate “crisis” in Hungary’s domestic league, where Veszprém is leading by four points, ahead of their eternal rival, Pick Szeged.

The immediate question coming to mind is if such pay cut is legal at all? Contractual agreements are there to be honored and performance clauses addressing salary suspensions, not to mention cuts, at the whim of management, appear to be unusual to say the least. But what can players and coaches do if it happens? Go on strike?

An unlikely scenario – in Hungary they do not have a players´ union to stand up for them. Very few countries in fact do have a union.  Furthermore, professional sport doesn’t resemble a traditional labor market.

In the world of football, players are frequently fined for criticizing their employers publicly, so why should a handball club not get away with the same form of punishment?

Yet another question is if this kind of “negative incentive” will work at all?

‘You can avoid a pay cut by winning with an eight goal margin or better on Saturday,” is the not so “hidden” message that can be read between the lines.

Can it work?  We’ll see the result on Saturday evening and everyone may think what he or she likes about this “motivational measure”, but for yours truly, it’s obvious that if the coach cannot motivate his players anymore, someone else must.

When watching Ljubomir Vranjes in Skjern, last Sunday, I surely missed the spirit he showed while coaching Flensburg.

In this situation, players must be self-motivated and that can be harder than some may think. Apparently, Veszprém’s players did not manage it, last Sunday.

A first time for everything

“I have never won in Veszprém, but of course, there is a first time for everything.

“However, I would also accept to lose down there once again, as long as it is by no more than six goals!”

These were the words from Skjern veteran, Kasper Søndergaard, after the first match and they illustrate quite well, what Veszprém will be up against, on Saturday.  The Danish team is in no need of extra stimuli of any kind before flying to Hungary.

They know that beating Veszprém by seven goals at home, they already have achieved one of the greatest results ever in Danish club handball.

Certainly, Skjern’s players do not risk a pay cut, in case they lose by more than seven goals at Arena Veszprém, a margin of difference that would sent them out of the Champions League.

To them, however, the chance to reach the quarterfinals of the Champions League as the third Danish club ever after Kolding and AG København will be more than sufficient motivation.

The guys from the village with a population of less than 8,000 in the far west of Denmark feel that they have nothing to lose and everything to gain.  All the pressure is on Veszprém and Hungary’s handball powerhouse will need all the support they can get from a fanatic crowd at Arena Veszprém, in order to succeed.

On top of it, Veszprém’s shooters may once again be facing two annoying problems in the form of 21-year-old Emil Nielsen (the goalkeeper had a year ripped out of his career due to meningitis), and 28-year-old Serbian international, Tibor Ivanisevic, who appears to have a special ability to save penalties.

If FC Barcelona are on the brink of Champions League elimination after losing 28:25 in Montpellier, then Veszprém is tumbling to the floor already.

FINAL4 including Skjern or Nantes?

The possibility of Veszprém being sent out of the 2017/18 Champions League edition in the Round of Last 16 already, actually creates an interesting scenario.

The winner of the tie between Veszprém and Skjern will meet HBC Nantes in the quarterfinals – pretty much a given after Nantes smashed Meshkov Brest in the last fifteen minutes in the first match, in Belarus, winning 32:24.

Considering the eight-goal lead, the French squad will turn the match on Easter Sunday into a mere formality, en route to their first Champions League quarterfinal appearance ever.

In case, Skjern eliminates Veszprém, we will see an entirely new team in the FINAL4 in Cologne – Skjern or Nantes.

A refreshing thought – no?  And neither team will need the threat of a pay cut as extra motivation either.