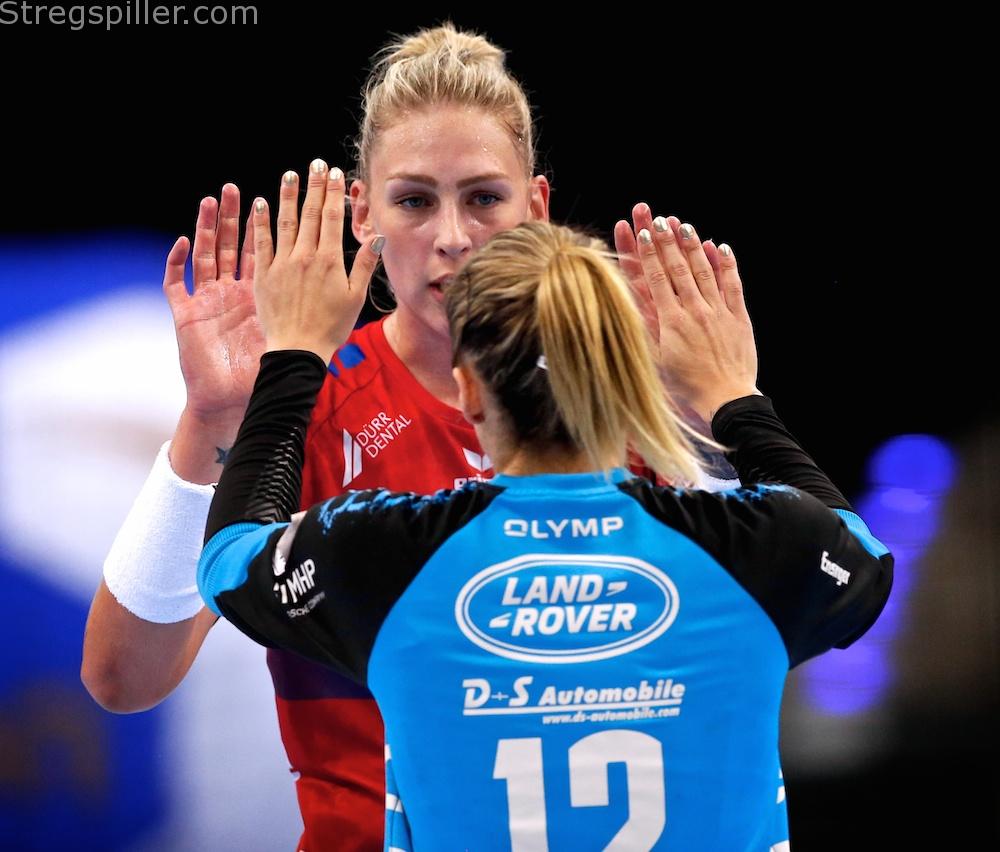 Germany’s two top women’s handball teams of the past few years will face each other at Ludwigsburg’s MHP Arena, on Saturday, August 31, 2019 at 19:30 hours. Before the start of another long and grueling season, including 40 games or thereabout, SG BBM Bietigheim – the reigning HBF champion – and Thueringer HC, the German handball powerhouse of recent years, will compete for the 2019 Super Cup.

Prior to making the trip down south, head coach Herbert Mueller (Thueringer HC) already announced that his team intends to defend the title, despite some lingering injuries (Alicia Stolle; ankle and Iveta Koresova; shoulder).

Mueller’s opponent on the bench, Martin Albertsen (the Dane will be leaving Bietigheim after the 2019/20 season to focus fulltime on the Swiss women’s national handball team and the federation’s handball academy), will have his best squad at his disposal.

On paper, Bietigheim appear to be the slight favorite for a variety of reasons. Aside of the aforementioned injuries (Stolle and Koresova), the German champion did not experience the same amount of turnover during the off-season as Thueringer HC did, in addition they will enjoy the benefit of a supportive “home crowd”.

Yet, it did not look that much different back in May, when the two clubs met for the last time, in the final match for the German Cup. Back then Thueringer HC experienced the better end, courtesy of Emily Boelk, who scored the decisive goal, two seconds before regulation time, in a hard fought game of handball. One thing for sure, fans of both teams can look forward to more of the same, on Saturday evening.

Is it payback time?

Kim Naidzinavicius & Co. will certainly try their best to keep the 2019 Super Cup in Bietigheim but, so far, Thueringer HC have always claimed the trophy whenever the club fought for it.

Before the festive affair at MHP Arena, Clara Woltering, the 222 time German international goalkeeper will be honored. For the very first time, she will receive the newly created “HBF Award” in appreciation of her exceptional performances and contributions to women’s handball.

The bronze medal-win at the 2007 World Cup and two Champions League victories (2012 and 2015) during her four years with Buducnost Podgorica are unforgotten and only three of the highlights of an impressive handball career, as HBF’s chairman, Andreas Thiel pointed out.

Talking about Clara Woltering, our readers may find it worthwhile to take a walk down memory lane together with Clara in her interview back in 2016 at stregspiller Close Up