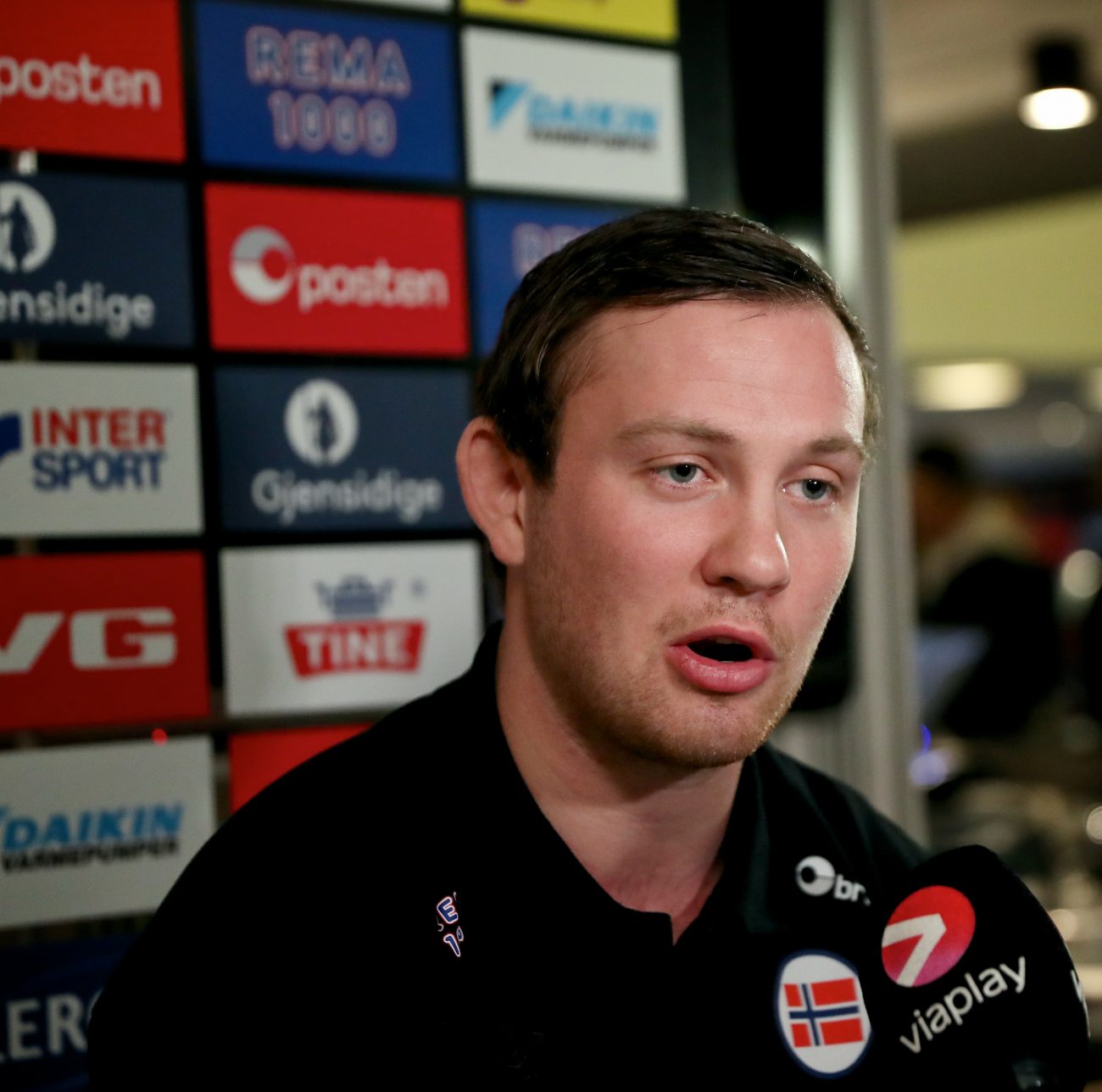 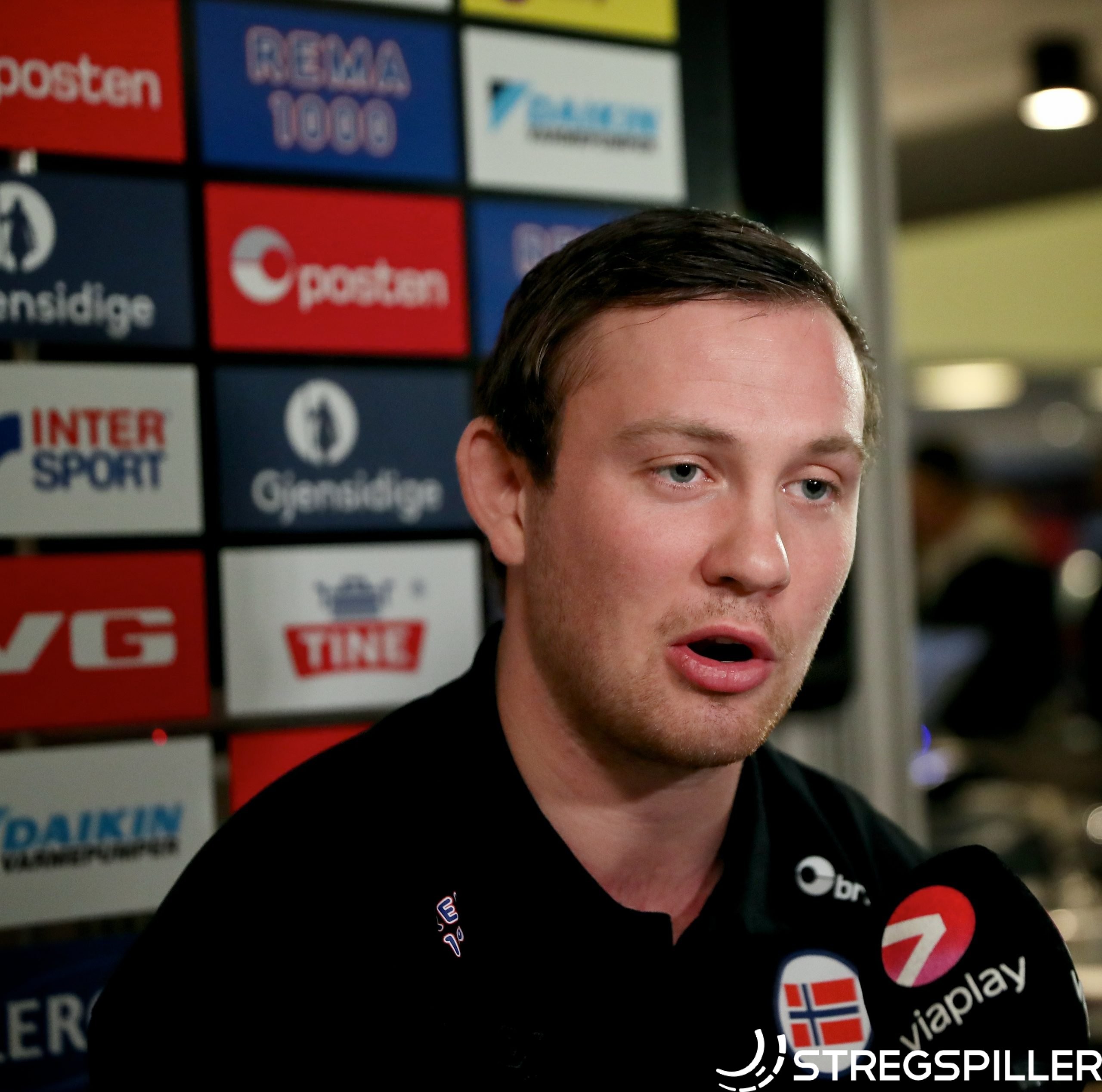 “People say it looks easy, I don’t see it that way”

According to most of the pundits Norway has emerged as the number one favorite at EURO 2020.  There are reasons galore to bet on the first triumph at a major championship.  For one, the team has performed well on both ends of the court as goalkeeper, Torbjorn Bergerud, has been on fire in the matches against France (39% save efficiency) and Portugal (32% saves) and in offense, Sander Sagosen has delivered as well. Before the main round with 27 goals he only trails Mykola Bilyk (Austria) by four in the top scorer list.

At yet another, extremely well attended media day in Malmo, on Thursday, stregspiller.com talked to Sander Sagosen, Torbjorn Bergerud and Kristian Bjornsen about the next phase of the tournament, Norway’s role as the odds-on front-runner and how the change of venue may affect the team.

How do you and the team feel having arrived in Sweden after playing the first week in front of a home crowd at EURO 2020?

SS:  Personally, I feel very good and as a team we are very confident after our performances, so far.  We are very happy with the games we played in Trondheim and we’ve taken a lot of energy with us.  Now, we have to re-start – it’s a new town, a new arena,  different people and new teams as well.  We know it will be hard and there will be some really tough games ahead of us.

Is there any particular team that you would consider the main challenger in the main round?

SS:  No – all the teams that made it to this stage are very good.  All the nations that are here in Malmo have excellent players and a lot will depend on their form on a given day.  Take Iceland, for example, they have played some fine handball but on Wednesday they had one horrible half as well.  It will be very interesting to see which teams will come out on top.

You and your teammates are about to enter phase two at EURO 2020 and so far everything has worked out extremely well, especially now that Denmark, one of the main competitors has dropped out of the competition.  Do you see an open road ahead of you leading straight to the final round in Stockholm?

TB:  You hear people saying that but don’t underestimate Iceland or Hungary as both teams took points from Denmark at the group stage.  They are both very strong teams and us aside there are two more teams that have taken two points to the main round as well.  People say it looks easy, I don’t see it that way.

How do you rate your own performance in the tournament up to this point?

TB:  It’s been good with an aggressive defense in front of me.  It’s very important that the relationship between defense and goalkeeper works in each and every match.  Right now, it looks good and I hope it continues through the main round.

You feed of the energy in the arena – here it will be different compared to Trondeim where capacity crowds created an amazing atmosphere to support you. In Malmo it will probably be less crowded or do you expect many Norwegian fans making the trip to the south of Sweden?

TB:  We have to see.  It will be a different atmosphere compared to what we experienced in Trondheim.  Hopefully, there will be a few Norwegian fans coming down and help us a little bit.  I heard a lot of Danish spectators want to get rid of their tickets (smiling).

A new town in a different country for the next phase at EURO 2020 – how will it affect you and the team?

KB:  Yes, it was big advantage to play at home in front of our own fans. So, it will be a bit different now, playing with not as many people in the arena, especially with Denmark being out. That was a big shock for us and everyone else as well.  But, for us there will important games ahead no matter how many people will watch.

Looking at the competition so far, there seem to be no “easy” teams to play against any more. Has the number of quality teams gone up, considering the development of nations such as Portugal?

KB:  I think so – there are certainly more teams that perform at a higher level.  Before this tournament I would say that five or six teams could win the whole thing but in the games thus far it showed that every team can beat each other – it’s really tough, now.

Still, the path towards the semi-finals looks very manageable for Norway or do you see it differently?

KB:  (Laughing) Yes, I do see it differently.  Of course, we do have an advantage as we have two points and we are not going to meet Denmark, a team we have struggled against on earlier occasions. Instead, we play against the team that defeated Denmark, Sweden – the host nation – and Slovenia another very good team.  No easy games for us, for sure.

Any candidates from the other group that you favor?

KB:  Spain looks very good, at this point.  Germany will always be there, they can defeat any team and Croatia.  Let’s not forget Austria who play at home – it will be tough to beat them just because of that.