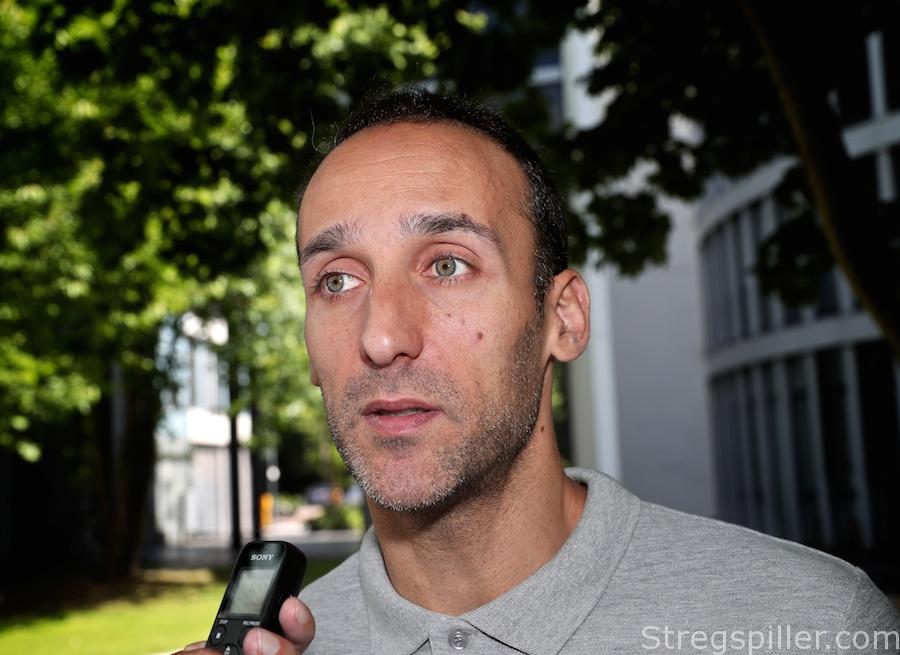 “People should not be surprised to see us here”

INTERVIEW – In his first season as head coach of the men’s team, Roberto Garcia Parrondo has taken HC Vardar to their third VELUX EHF FINAL4 in succession and in the club’s history.

He thinks that the new belief in the future of the team will make the Skopje outfit a nasty opponent to anyone in Cologne.

HC Vardar might not be a team many people were expecting to see at the FINAL4 this year.

Still, the 2017 champions are in Cologne for the third year in a row after eliminating Pick Szeged in two highly dramatic quarter-finals.

Having moved from a two-goal lead to an eight-goal win in the last 10 minutes of the first leg, they found themselves nine goals down in the return match in Hungary but saved their skin by limiting the defeat to four goals at the end.

To head coach Roberto Garcia Parrondo, there is absolutely nothing surprising in the fact that his team are now in Cologne again.

“I do not think people should be surprised by seeing us here if they look at the way we have been playing this season.

“The top in international handball is very tight these days, and the way I see it, there are up to 10 teams or so who had the level to be here, and we are one of those teams.

“I remember from my own time as a player how difficult it was to reach the FINAL4, and it has certainly not become any easier since then.

“So no, we are not surprised, but very, very happy to be here,” says Garcia Parrondo, a top class right wing in his own playing days.

He is in no doubt about what has brought his team to Cologne once more.

“We have been able to show our best match by match in this Champions League, and that is the main reason why we are here.

“We qualified for the knockout stages from second position in our group, one point behind Veszprém. That was a very hard group, but we succeeded in winning in such difficult places such as Montpellier and Veszprém, and that added to our belief that we could do something big this season.

“In the quarter-finals, we were better than Szeged, and therefore, we definitely deserve to be here,” finds Parrondo, who is about to finish his first season as head coach of the men’s team – a position he was appointed to last summer after being the assistant coach to the women’s team.

Hope for the future has lifted the spirit

For a long time, this season seemed to be going to be Vardar’s swan song in European handball.

It may still be in terms of qualifying for the FINAL4, but at least, the dark clouds that were gathering over the team a few months ago, seem to have been driven away to a certain extent.

New financial interests look to guarantee some kind of life in Vardar in the future after all, and the coach makes no secret that this has contributed to lifting the spirit within the team.

“Yes, it has absolutely played a positive part. After the last three weeks or so, it looks as if Vardar is going to stay, and I am sure Vardar can make a good project for next season also, and I think this is very important, not only to Vardar, but also to the city of Skopje and the entire country,” he finds.

Playing against Barca is nothing special

Being a Spaniard and having played against Barcelona so many times in his playing career for several Spanish top clubs, one might think that playing Barca in the semi-final Saturday would be special to him.

“No, it is not. I do not think about an opponent being Spanish or not Spanish, or if I have played there or not, or how many times I may have played against them.

“I just tend to see an opponent as our enemy, as our adversary, and to analyse how they play and how we should play them and that is all I care about,” he says.

Hoping for a surprise

A few days ago, Barcelona player Lasse Andersson claimed in an interview with stregspiller.com that none of the four teams at the FINAL4 would really be able to surprise each other because they all have Spanish coaches and makes their style more or less the same.

“It is true that all four teams have a lot in common in terms of their ways of playing, but there are also differences, and I certainly hope we will be able to surprise Barca.

“At the same time, however, I obviously do not hope that they will be able to surprise us!

“I am happy that Spanish handball is not only represented here in Cologne by Barcelona, but also by Spanish coaches at all four teams.

“That is good for Spanish handball, but even though all teams play more or less in a Spanish style, I still think there may be small things with which we can surprise each other,” concludes Parrondo.