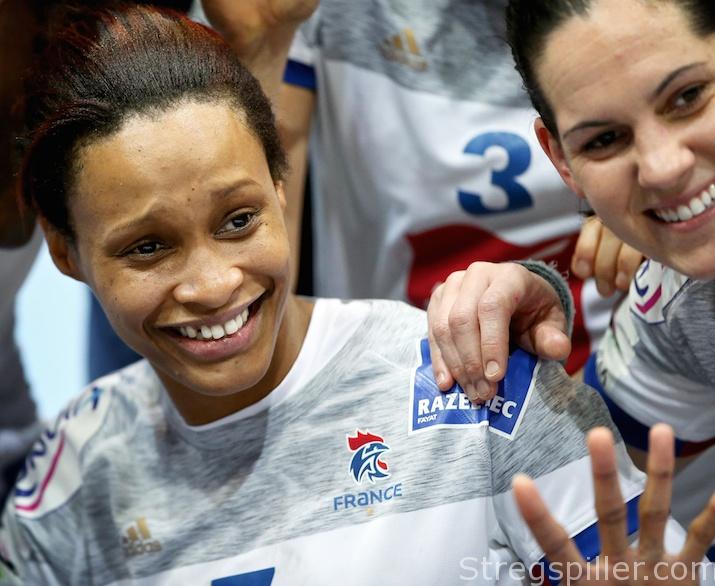 Remember that Phoenix legend ? About the mythical bird rising from the ashes of the predecessor?  Well, if you apply the story to handball, French side Brest comes quite close to it.

In 2012, when the team from Britany won the French league, beating Issy-Paris in the final, it marked the start of numerous problems. Suffering from bankruptcy, it was already collapsing before the end of the season. Regardless, the players carried on and ended the year on a high note. But backstage, it was a disaster. After two years of living well beyond its financial means, Arvor 29 (as the club was called back then) was forced to shut down and relegate to the French first division. But instead of this being the end of an adventure, it was the beginning of a much bigger undertaking.

Four years later, to the day, Brest won the French cup final, giving the club’s new version its first national trophy, a few days before joining France’s premier league, once again. And now – six months later – coach Laurent Bezeau has already qualified his women for the EHF Cup quarter-finals. Not bad for a rebirth, isn’t it ?

You can explain the success considering many factors. The main one being a campaign launched three years ago focusing on local businesses. Instead of relying on one big sponsor, Brest decided to involve up to 200 small companies, each one providing a small amount of money. So, if one sponsor decides to withdraw, the club won’t collapse in the blink of an eye. A task that’s been made easier whe spending time in the lower divisions. There, Brest proved its concept successfully and the word spread quickly.

The second factor is the team’s  popular support. During the two seasons in the lower league, the squad was backed by more than 3,000 fans on average. If you’re used to capacity crowds in Bundesliga arenas, that might not sound impressive, but for a French women team, that’s about five times the average of the top national level. That’s right, five times as much !

And when sponsors and supporters are well entrenched into the project, it becomes a lot easier to convince top players to join the club. Because these women, are all about winning trophies and to be assured of getting paid.  Let’s face it, many women handball teams in Europe, still struggle to offer both conditions. And in France – setting aside Metz and Issy-Paris – it’s hard to win trophies.

So, two summers ago Brest appeared as a true alternative. Spanish national player Marta Mangué and French Marion Limal opened the door, arriving in the summer of 2015 (Mangué) and one year before (Limal).

The news of an ambitious French side, aiming for the Champions League at some point, raised a few interested eyebrows. Some veterans from the French league were signed, such as lineplayer Astride N’Gouan and left winger Alice Durand, before three top level names were drafted.  Allison Pineau being the obvious headliner, Melinda Geiger, the Romanian X-factor and Cléopatre Darleux making her come-back after being part of the Arvor 29 adventure in 2012.

Piling up big names has never been a recipe for automatic success, though, but Laurent Bezeau deserves some credit for the results his team has achieved until now. He might be angry all the time, complaining about everything all the time, but since 2013, he’s at the helm of one of the most successful French handball projects.

It’s no wonder, he already was on the bench during the Arvor 29 episode right before bankrupcy. This project is his, and he intends to drive it to a successful end in a couple of years.

For the time being, Brest is in first place in the French league, tied with Metz and Issy-Paris. Becoming national champion, in the first season, after having returned to the top level, would certainly validate the club’s strategy. Being among the last eight clubs in the EHF Cup might be enough already.

“We’d like to play the Champions League, among other things. There are so many goals that are yet to be achieved.” said Bezeau in December, after an incredible first half of the season.

If they’re keeping up the pace, expect Brest to storm an arena near you very soon.