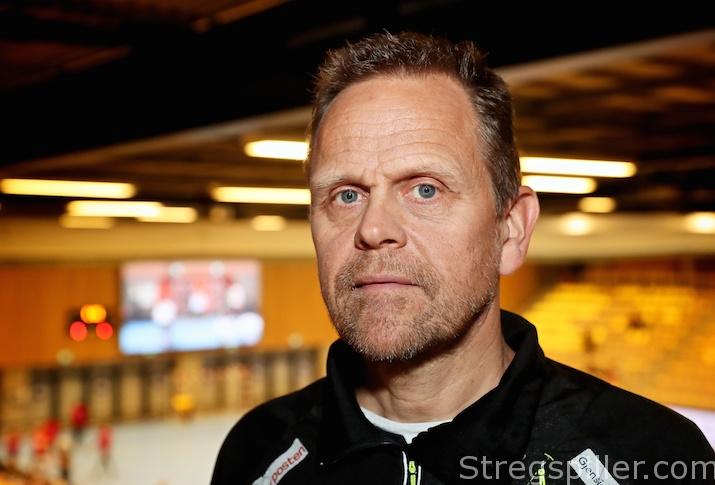 “I plan ahead all the time”

INTERVIEW – Thorir Hergeirsson, coach of Norway´s successful women´s team, is not only thinking about the upcoming qualifiers for the European- or the upcoming World Championship, in December.

Already, he has his mind set on the 2020 Tokyo Olympics, he reveals in this exclusive interview with stregspiller.com.

There are not many handball coaches in the world who are more successful than Thorir Hergeirsson – if any.

One Olympic gold medal, one World Championship and two European championships are part of his record, once he took over from Marit Breivik in 2009 and just to mention the titles he won as head coach with Norway’s “Jenter”.

He has been awarded the IHF’s “Women´s Coach of the Year” no less than four times, and was proclaimed 1st Class Knight of the Royal Norwegian Order of Merit.

One of the reasons explaining his success – apart from having extremely talented players at his disposal – is that he always thinks ahead …far ahead.

“I always plan on a long time horizon as well as for the short term.

“Of course, the upcoming tasks are always closest on my mind, and right now, these are the European qualification matches, later this month.

“At the same time, it is only natural that I am also looking forward to the World Championship, in Germany, in December – not the least because we will have very little time preparing before this tournament.

“However, I already think about the 2020 Tokyo Olympics as well.

“I find it important to always think about the future, short- and long term,” says Thorir Hergeirsson.

Not as easy as it may look

Another characteristic of the 53-year-old born Icelandic is the fact that he refuses the though of “easy” matches.

He shows respect to any opponent.  The rule also applies to Norway´s qualification matches for the 2018 European championship – at home against Ukraine on September 27, and on the road against Switzerland four days later.

“We are starting against Ukraine who, I think, have a really strong team, and they are very good tactically, as well.

“It may not be such an easy task as some may think.

“After that, we have a road game against a Swiss team that we do not really know a lot about – it always results in some uncertainty.

“Furthermore, we only have two training sessions before our matches, and as we haven’t been together for quite a long time, this will also raise some questions,” he finds.

“Even though these matches are important, being qualifiers for the European championship, I also have to use them as part of our preparation for the World Championship, as we only have so few national team gatherings.

“However, there is also something positive about it.

“The fact that there are points and qualification at stake inevitably means that players are more focused and determined, than they would be otherwise.

“This way, such games increase in value and become an integral part of our rehearsals for December,” says Thorir Hergeirsson.

Five of the players in his squad for the EURO qualifiers and the World Championship will join from Vipers Kristiansand, the new powerhouse in Norwegian handball.

This past weekend, Vipers qualified for the Champions League for the first time in club history, and in convincing fashion. Hergeirsson was in attendance as an interested observer.

“It is important for women´s handball in Norway that we have a team that is successful in Europe.

“We have been used to Larvik being the strongest club in Norway as the team achieved success on the European handball stage, year after year, after year.

“Right now, Larvik are not as strong as they used to be.

“They are building a new team, and such project always takes time, but I would not rule them out winning a domestic medal this season already.

“Vipers appears to be the strongest squad in Norway right now, but it is hard to say how far they can get in the Champions League, as it is their first time participating.

“On the domestic stage, Vipers may be the favorite, but more teams have been reinforced, in part by national team players coming back home after years abroad.

“This will also boost the interest in Norway’s national campaign, and an interesting domestic league is always good for the national team,” says Thorir Hergeirsson.