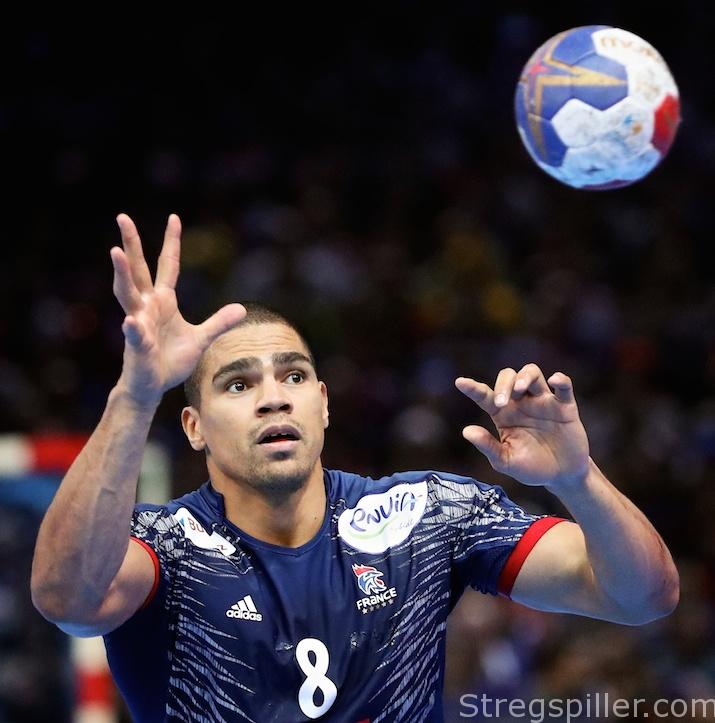 Daniel Narcisse is a frequent traveler, at least when it comes to checking in at the players hotel, at the FINAL4 in Cologne. He is a big fan of the event but knows, that he won’t come back that often again in the future.  He is enjoying his time there at the fullest.

It’s your fifth time here at the FINAL 4 in Cologne. Does it feel any different than the first time around?

DN: This event is getting bigger and bigger all the time. You just have to take a look at how hard the teams fought to get here. It is one of the biggest events in handball and all of the teams in European handball want to be there.

I don’t want to be disrespectful, but I don’t think you will play ten more FINAL4’s…

Well, maybe there is a small chance… How aware are you that it might be your last FINAL4?

DN: Actually you are right, I’m closer to the end of my career than to the beginning. But I have played all FINAL4’s as if it was going to be my last. As I said, it is so difficult to get here, and when you are here you just have to enjoy it and play it like it is the last time.

What do you enjoy most during this event? Is it about meeting other players, being able to talk in a relaxed atmosphere or is it the games, because in the end it is all about the games?

DN: I think it is about the mix you just mentioned, because you come here and maybe you meet players from your former clubs and some other faces you did not see for a long time. You can drink a nice coffee with your friends, but still one day later you fight for the Champions League trophy. And all of it with a lot of respect and that is the best for me.

Veszprem is your opponent in the semis, a very strong team. What do you need to do in order to beat them?

DN: Everything, just everything. Veszprem is a really a strong team and they can win the title, just like the other three teams can. In the last four, five FINSAL4’s it has changed, there is no real favorite anymore. Veszprem has a lot of experience in this very special tournament. They have a lot of very good players and if you want to beat them everything has to work for you.