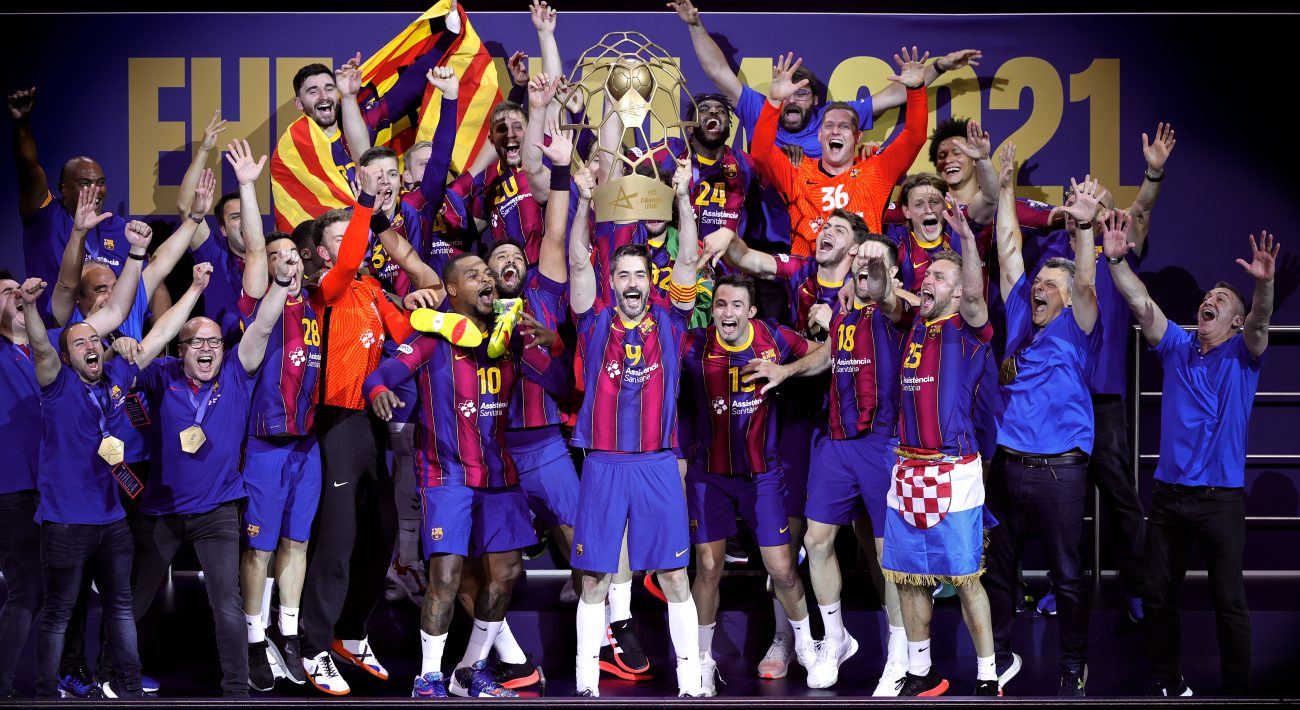 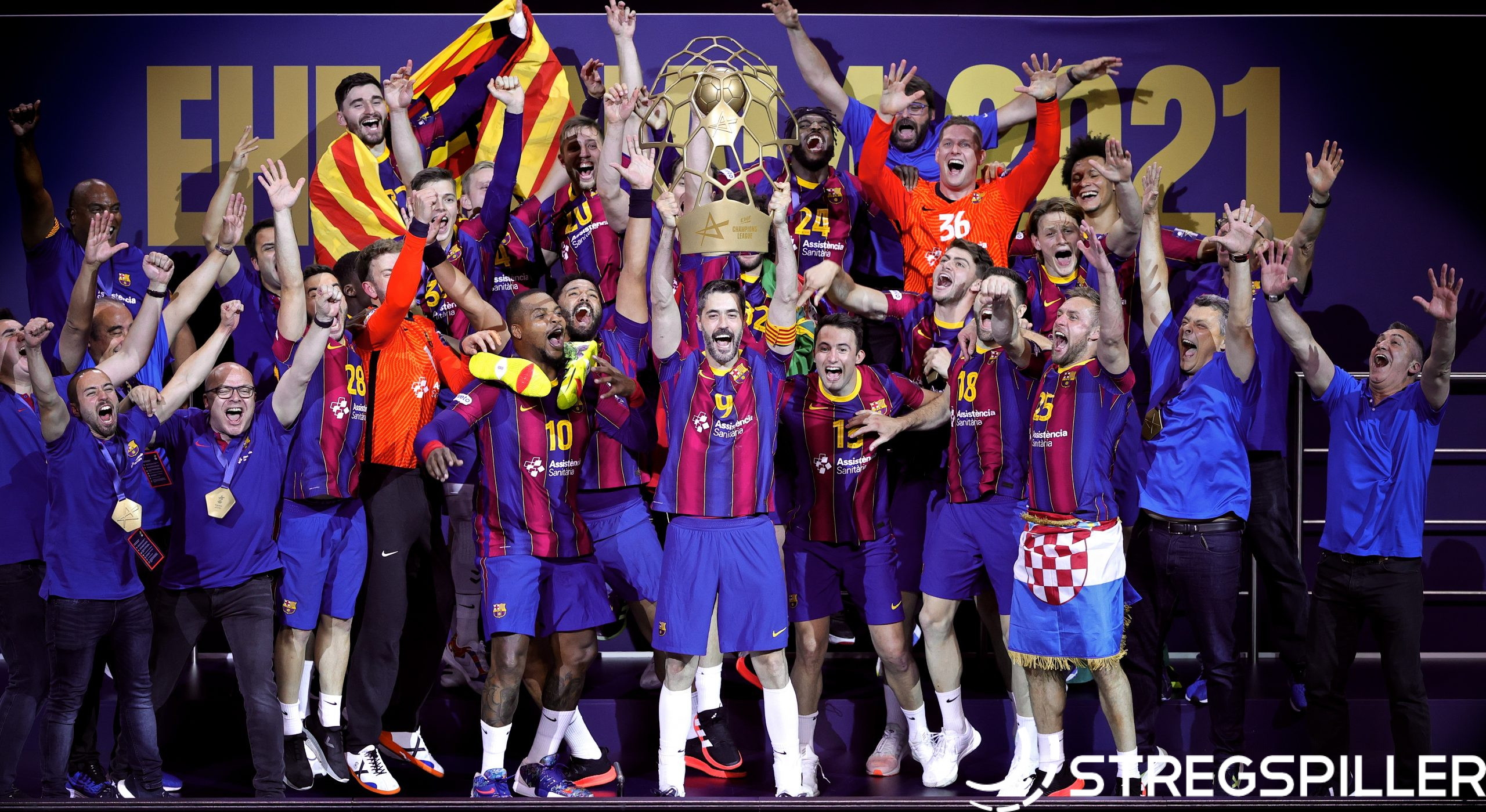 Six years of frustration come to an end for Barcelona as they complete a perfect season with 60 games won out of 60 with one of their best performances of the season against Aalborg.

Coach Xavi Pascual – 10
Delighted that he could sign off with a perfect season and a title as he and his team banish the demons Cologne has held for them in recent years. Set up his defence to stop Aalborg’s attack at the source and the attacking style he built over the years did the rest. He’ll leave the club a champion and there is no more fitting way to end this era.

Gonzalo Perez de Vargas – 10
14 saves at 38%, another brilliant performance from a man who did not give up an easy goal all weekend. Never allowed Aalborg’s shooters to gain too much confidence. On top of that, a great assist and three empty net goals scored gives him a top mark.

Aleix Gomez – 9
Stunningly good from the penalty line with five goals. Had a couple of straightforward chances saved but on the whole, a great performance from a man who was a constant thorn in Aalborg’s side.

Thiagus Petrus – 8
Always a danger in defence and threatening a steal, which he managed a couple of times. Combined beautifully with Fabregas to shut down the centre of the court.

Dika Mem – 8
Wreaking havoc in defence with his aggressive defence, making the opposition think twice and hesitate. Didn’t produce a classic scoring performance but everything he did today was for the team in a very mature performance.

Ludovic Fabregas – 8
Brilliant hustle early on to win a loose ball and settle Barça’s nerves and that was the output we saw throughout the 60 minutes in an all-action performance in the heart of defence and the line in attack.

Timothey N’Guessan – 8
Started slowly but came back on to hammer home Barça’s advantage with six goals. Kept popping up with powerful shots in the second half, making certain there was no way back for Aalborg.

Luka Cindric – 8
A first-half performance the likes of which we haven’t seen from Cindric in a good while. Made incisive move after incisive move to score four in the first half. With Palmarsson not used, he was needed on the big occasion and the Croat delivered.

Domen Makuc – 7
When he is on, he tears defences apart. Offers something very different to Cindric and really involved the entire team in the attacking set plays, before making the big move himself. An exciting performance in the first of many finals we can expect this 20-year-old to feature in.

Raul Entrerrios – 7
Decided he was going out in style today. Some brilliant assists early on as he whipped the ball around for fun, got involved wherever he could and added a goal to boot before he finally lifted the trophy as captain.

Blaz Janc – 7
Started the game on the right wing but played second fiddle to Aleix. Contributed with three goals and two steals, as well as being involved in one of the smoothest goals of the weekend, setting up Makuc.

Casper Mortensen – 6
Fantastic to see him play in a final after missing his first two FINAL4s through injury. With Pascual taken out of the squad, it was a huge vote of confidence in Mortensen to play the full 60 minutes and he did not disappoint with a solid shift in defence, a goal scored and a penalty won.

Cedric Sorhaindo – 6
Came on to pack a bit more punch in defence against Aalborg’s crucial left side and did it with an unmatched intensity. Tried to score the most audacious goal of the season at the end, it didn’t go in but who cares?

Luis Frade – 6
Joined the centre of defence to face 7vs6 and made the gaps disappear with his imposing frame and movement. Played a fringe role, overall, but got himself a goal and assist.

Jure Dolenec – 5
Not much to write home about today after he missed an early penalty and his fellow right back Dika Mem was in solid form.

Coach Stefan Madsen – 6
Appeared to try everything he possibly could today but his side were simply beaten by a better team. Incredible season for the coach of the season.

Lukas Sandell – 8
A pair of early goals but committed three turnovers in the opening quarter, which really hurt Aalborg, before regaining his composure. He then caught fire, throwing himself towards goal at every opportunity and ending up with a very respectable eight goals.

Mikael Aggefors – 7
Kept his side in the game with a solid first-half performance of 8 saves for 33% and may have been better for the side if he stayed in between the posts.

Sebastian Barthold – 7
Played a really solid game, besides the penalty miss, scoring with every chance he got, which were few and far between thanks to the opposition’s transition defence.

Benjamin Jakobsen – 6
Put in a huge effort in defence when used but was not utilised enough in attack before he finally got his goal late on.

Jonas Samuelsson – 6
Much like on Saturday, he ran all day but barely saw the ball in the first half but earned a penalty the one time he did see it. Got more involved in the second, scoring a pair of goals, including a nice fast break.

Simon Gade – 6
Denied Aleix and Mortensen on fast breaks in some desperately needed moments of brilliance early in the second half but was unable to make much of an impact besides that.

Nikolaj Læsø – 6
A real hit and miss shooting performance but you have to give him credit for taking on the shots which his fellow right-handed back court players didn’t today. A few nice shots among his four goals today.

Magnus Saugstrup – 5
Scored two goals from his only two shots very early on but was almost invisible in attack afterwards. Caught out in one vs one situations a few too many times, leading to simple goalscoring opportunities.

Felix Claar – 4
Was targeted early on by the Barça defence but eventually had some joy when Aalborg went 7vs6. Set up a couple of goals for teammates but did appear to hold on to the ball a bit too long at times, while his one vs one and shooting skills were well studied and marshalled by the Barça centre block.

Rene Antonsen – 4
Unable to reproduce Saturday’s form as the Barcelona defence had him wrapped up whenever he was in attack. Caught out a few times in defence and was given a pair of suspensions.

Buster Juul – 4
No joy again from the penalty line but he did at least get a chance to score from open play in the second half.

Henrik Møllgaard – 3
Poor start to the game with a few mistakes at either end and looked to pick up a knock, which left him a bit off the pace for the rest of the game. Never shied away from the battle but nothing clicked for him today.