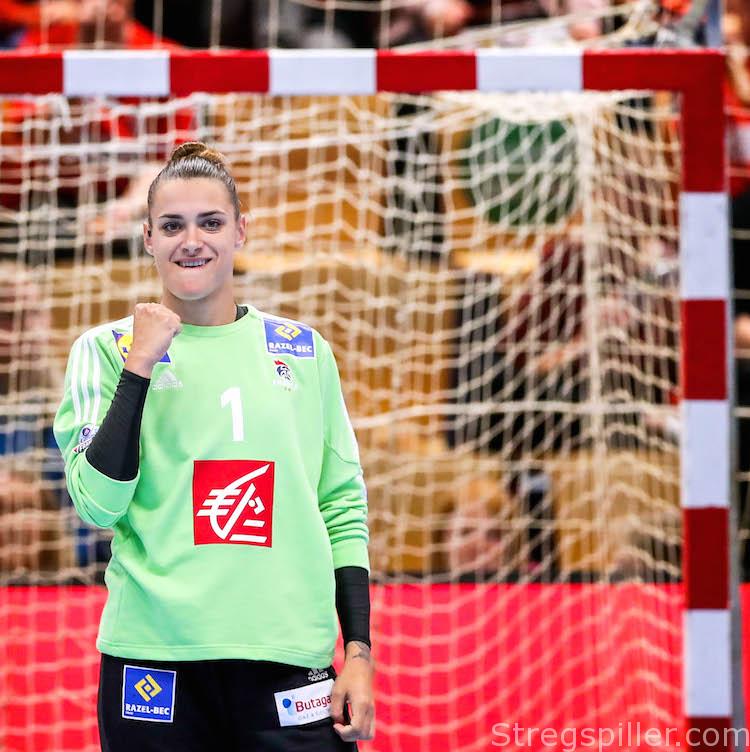 Golden League hosts Denmark got their weekend off to a perfect start with a 24:21 win over world champions France, on Thursday.

The Danes withstood a second-half comeback to secure a confidence-boosting victory in front of a buzzing crowd in Viborg.

Here are the ratings for all players significantly involved in the match and the two head coaches, with everyone rated on a scale of 1 to 10.

Coach Klavs Bruun Jorgensen – 8
Did not rotate the squad as much as his opposite and stuck with the regulars, understanding the importance of this victory, despite its friendly status. Was still willing to give players a chance to shine and changed the defense to  5-1, even when things were working well.

Sandra Toft – 9
Brilliant between the posts in the first half for Denmark, conceding just four goals from open play. Second half was not as impressive, but Toft popped up with big saves at important moments to ensure victory.

Trine Ostergaard – 9
Not sure what more you could ask from a wing in this team. Ran hard for 60 minutes and took each and every opportunity which came her way, scoring five and bravely winning a penalty.

Anne Mette Hansen – 8
Confident in attack from the first whistle and not afraid to take on shooting opportunities. Can be a bit wasteful in possession at times, but worth it for her determination and leadership.

Mette Tranborg – 8
Deadly shooting from long-range from the left-hander, who is establishing herself as Denmark’s clear first choice at right back.

Fie Woller – 7
Not as many chances to shine as the opposite wing, but scored two goals when Denmark were finding them tough to come by. Played at the top of the 5-1 defence and did well, despite a two-minute suspension.

Stine Jorgensen – 7
Unspectacular performance, but it did not matter when here back court teammates were finding the back of the net. First goal from open play came in 49th minute, but it was a crucial one for Denmark, who were suffering a barren spell and needed a moment of inspiration.

Stine Bodhold – 7
One of the few Danes to deal with France’s attack in the opening minutes, rarely missed a challenge on the nine-metre line and helped to inspire a great defensive performance. Did well to score twice from the line.

Kristina Jorgensen – 7
Not quite at the same level as the first-choice back court, but she was calm in possession and scored a pair of nice goals.

Kathrine Heindal – 6
Battled bravely against the France defense, but often swarmed by multiple players once she touched the ball.

Lotte Grigel – 5
Filled in on a couple of occasions, when needed, without making a huge impact. Unselfish in attack, almost to a fault.

Louise Burgaard – 5
Scored a goal shortly after coming on at right back, but that was as good as it got. Looked a bit unsure in the second half with loose passing and uncharacteristic shot selection.

Coach Olivier Krumbholz – 7
Difficult to fault Krumbholz too much. He rotated the squad non-stop and did not allow the score to affect that decision. He also realized the mistakes made by France in the first half and made changes to fix the problems.

Laura Glauser – 8
A brilliant return to the national team for Glauser. Her first touch of the ball was a goal scored into an empty net. Was equal to Denmark’s long-range shooting and conceded just 10 goals in her 30-minute spell.

Laura Flippes – 8
Did very well in the second half, taking her chances from right wing and was actively involved in both attack and the rejuvenated second half defense.

Estelle Nze Minko – 8
Her pace and agility in attack caused Denmark problems, particularly when she came back on in the final quarter of the match and had an immediate impact with two goals.

Allison Pineau – 7
Top scorer with six, but her first goal from play in the 27th minute, scoring five penalties before that. Not as explosive a goal scorer as people may expect of her, but the captain led her team well by slotting into key roles on both ends of the court.

Astride N’Gouan – 7
Big part of France’s scary center block and seemed to be in the middle of the action whenever defense was having an impact on the match.

Beatrice Edwige – 7
Anchor in the French defense and not much went past her, including any balls into the line. Also put in a decent shift in attack.

Manon Houette – 6
Her first goal came from a fast break after 45 minutes and did not have much say in the match otherwise.

Cleopatre Darleaux – 6
Made some good saves early on, and although she struggled with Denmark’s long-range shots, her defense did not make life easy for her.

Jannela Blonbou – 6
Scored a pair of fine goals in a solid debut for a young back who was part of the Under 19 EURO winning team last year..

Gnonsiane Niombla – 6
Wreaked havoc in the Danish defense early on, earning two penalties at right back. Not as effective in the center of attack and could have had a bigger impact.

Tamara Horacek – 5
Full of effort at both ends of the court. Tried to control the tempo of the game as playmaker, but did not make the opposition defense sweat.

Amanda Kolczynski – 5
Scored a goal, but not much else to report from the young right wing.

Constance Mauny – 4
Was given two chances and shortly afterwards was given a two-minute suspension on both occasions. An experience nonetheless for another 2017 Under 19 EURO winner, who will be back stronger.

Orlane Kanor – 4
Scored once, but had a poor shooting performance overall from an important position at left back.