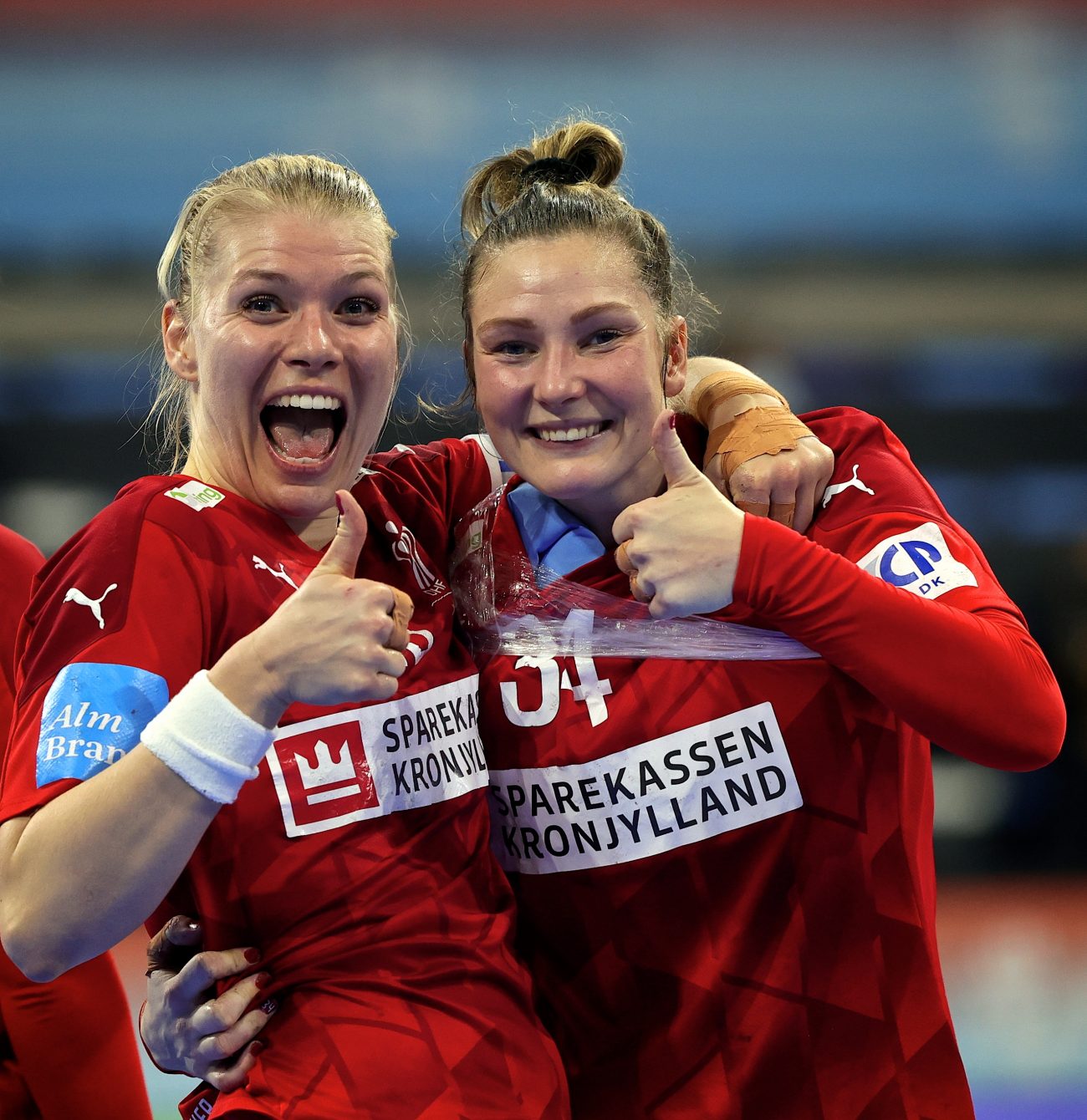 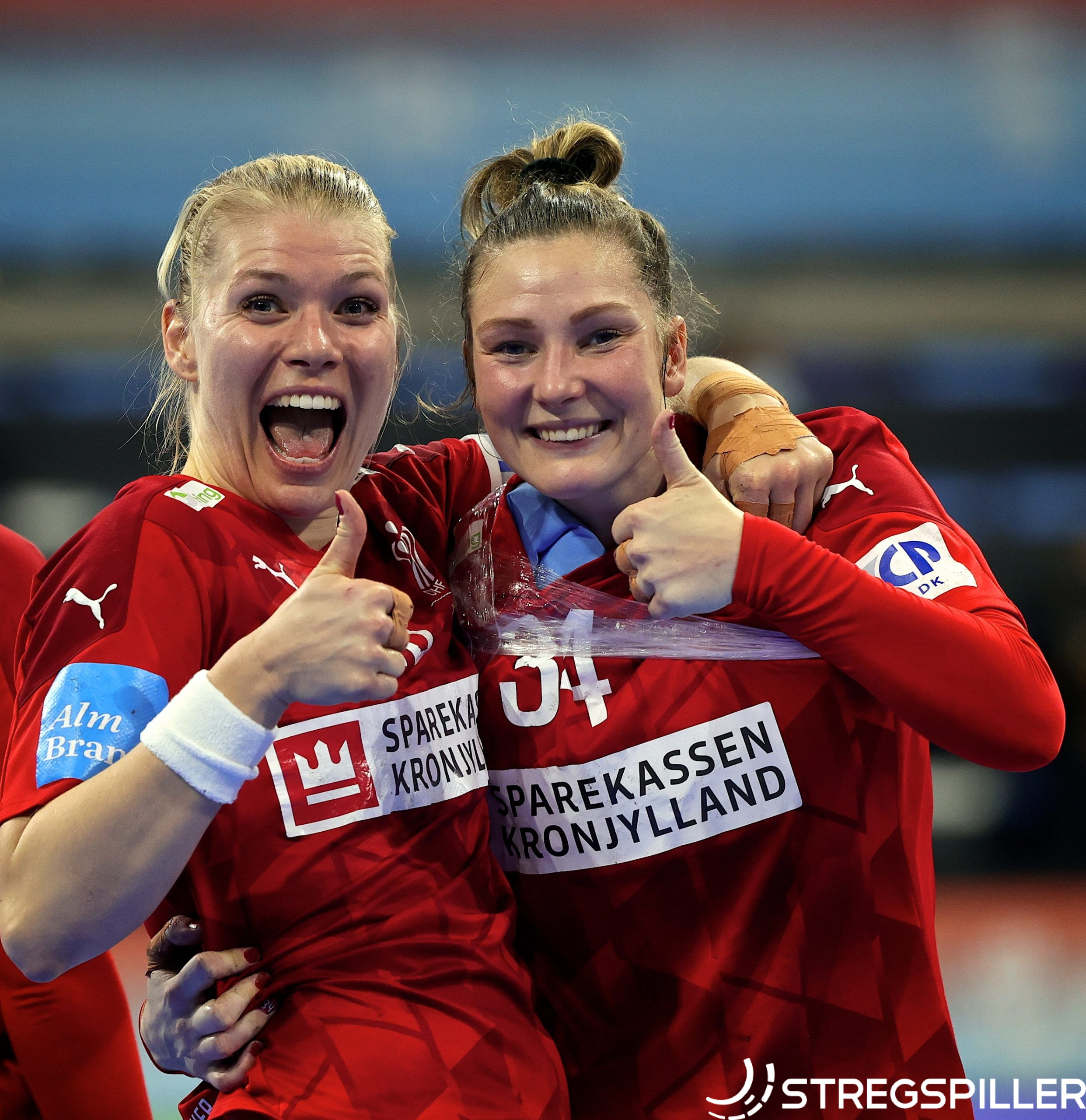 IN FOCUS: In Sunday’s Group III finale, Denmark taught Germany an uncomfortable lesson with a truly dominant performance, their sixth of the championship, sealing top spot in the group and booking a quarter-final clash with Brazil, while Germany must face hosts Spain.

Coach Jesper Jensen – 9
The defensive focus he and his team have put so much focus on over the past 12 months was on full display today. The variety of attacking combinations and lineups ensured Germany’s defence never managed to settle and today his team became true contenders for the title.

Althea Reinhardt – 10
I’m not sure I’ve ever seen a goalkeeper have an entire team of back court shooters in her pocket the way Althea Reinhardt did in the first half as she made an astonishing 12 saves at 63%. Even more astonishing is the fact that she replicated it in the second period with another 11 saves.
62% save rate on the night, 92% from back court shots – what a night for the 25-year-old!

Line Haugsted – 9
It was almost four minutes before Denmark had a settled attack, thanks to Haugsted’s willingness and ability to push the counter attack, which rewarded her with two early goals, but her main role was as Denmark’s defensive rock, where she led everyone else in red to a glorious display. Five goals, two steals and at least one block makes for a performance only Reinhart could beat.

Mie Enggrob Højlund – 8
The fact that Denmark’s attack-only playmaker only took the court for 9:33 in the first half says a lot about the flow of that half. Nevertheless, Højlund contributed nicely with two goals in the first half and came out all guns blazing in the second as her movement and shot placement left Germany bamboozled, finishing with five.

Kristina Jørgensen – 8
Looked fairly composed when brought in for woman-up situations and played smart passes into the line. She really came into her own in the second half, toying with the German defence and racking up five goals in a performance which showed her versatility around the court.

Anne Mette Hansen – 7
Wasn’t afforded too much space by the German defence but contributed in so many other ways. Hansen led the game in assists with seven and the way she throws herself around at both ends of the court will never cease to impress me.

Kathrine Heindahl – 7
Good movement on the line in attack, always looked available for a pass and scored whenever she got the chance, while also looking rock solid in defence.

Mette Tranborg – 7
Made a short cameo in the first half and fired in a classic long-range shot but it was a relatively quiet night on the attacking front for the right back, who made up for that with a solid shift in the centre of defence.

Trine Ostergaard – 7
Was tuned in from the very first minute today. Always threating to steal and reliable on the break with three early goals before a pair of misses late in the half. She put that right with her fourth goal early in second half before making way for Bøhme.

Louise Burgaard – 7
Like Hansen, Germany’s defenders honed in on her, meaning creating space and assists became her role. Got herself a goal and three assists on a night where her work was very much a part of the process and shouldn’t be underestimated.

Simone Catherine Petersen – 7
Only got on court for 14 minutes but made full use of that with a pair of impressive goals among her three tonight.

Rikke Iversen – 7
Looked a real threat in her cameo on the line before a reckless challenge by Mia Zschocke resulted in a red card and what looked like an early end to both players’ match. But thankfully Iversen returned in the second half and contributed nicely by earning more penalties.

Simone Bøhme – 6
Put in a patient shift on the right wing in the second half, watching as the back court did their thing, but she was rewarded with the final goal of the match.

Emma Cecilie Friis – 6
Came on for the misfiring Nolsoe and missed from the wing in a 6vs4 situation in her only chance of the first half but made up for that in spades in the second half with two well-taken goals.

Michala Elsberg Møller – 6
Came on late in the game and treated herself to a goal, a big defensive block and a nice behind-the-back assist. Solid output with the game already over as a contest.

Laerke Nolsoe – 4
Struggled to find a way past Eckerle from some favourable shooting positions, missing all three of her attempts before being brought off late in the first half.

Coach Henk Groener – 4
It’s difficult to pin a result like this on the coach. He didn’t hang around to take his first timeout, on the stroke of 5 minutes and 3:0 down, but nothing clicked on the court. After somehow staying within five at the break, he tried a 5-1 defence at start of second half but that didn’t help and Denmark ran away with it from there.

Alina Grijseels – 7
Finally broke Germany’s duck with a goal in the 10th minute and was their key attacking threat in the first half with three goals and two assists. She added two more of each in the second half as she remained the only German player truly willing to take on the Danish defence.

Dinah Eckerle – 6
A series of saves kept Denmark from completely running away with the game in the opening 10 minutes and she had a decent total of six by the break. Was unable to add another in the early part of the second half and was taken off.

Marlene Kalf – 5
Came on in the second half and scored a pair of nice goals from her four shots. Little more she could offer in this situation

Amelie Berger – 4
A sign of Germany’s impending danger was Berger’s early misses. Two good opportunities spurned and she didn’t get another.

Meike Schmelzer – 4
Received an early two minute suspension and from there felt like a bit of a passenger in the game, unable to really get involved at either end of the court.

Xenia Smits – 4
Germany’s defensive specialist paled in comparison to what the Danes brought to the table today. Produced a couple of nice blocks but the centre of defence was largely porous.

Silje Brøns Petersen – 4
It couldn’t have been a nice feeling to be playing against the nation of your birth and being totally outclassed. Only played for 10 minutes and couldn’t change the flow of the match.

Alicia Stolle – 4
Came on midway through the first half and offered one of the few positive performances in that half with a pair of goals and some solid defensive work. Unable to replicate that in the second half, unfortunately, as she ended the night with 2 from 7 shots on goal.

Julia Maidhof – 4
Started the game at right back but never really looked a threat today. Her one goal came late in the half in Germany’s one bright spell. While she provided three assists, her usual fearless attacking wasn’t to be seen.

Antje Lauenroth – 4
Played the majority of the match but barely got a chance to impress in front of goal on a day where everything happened, or didn’t, in the middle of the court.

Luisa Schulze – 4
Inconsistency shown when in one attack she produces huge block, then gets burned by Hansen in the next. Did manage to get her hands on the ball on a few occasions on the line and scored twice late on, when Denmark could afford some lapses in their rock-solid defence.

Katharina Filter – 4
Came on in a dire situation and wasn’t able to provide a miraculous turnaround. No saves recorded from 12 shots for the young keeper, who wasn’t given much help by her defence.

Johanna Stockschlader – 4
A worrying start for the left wing as she missed her first two shots from the wing but made up for it with Germany’s final two goals of the contest.

Emily Bölk – 3
Had all four of her first half shots comfortably saved and it didn’t get any better from there. Bölk deserves credit for continuously trying to do the right thing and play killer passes, which occasionally paid off, but her shooting simply didn’t work today.

Mia Zschocke – 3
Came on early for Bölk and looked to offer something different in the left back position. Her good movement was negated by tame shooting with one goal from three shots. Her game came to an abrupt end with a red card in the 26th minute for committing a cardinal sin in handball – taking Rikke Iversen’s arm from behind while shooting.