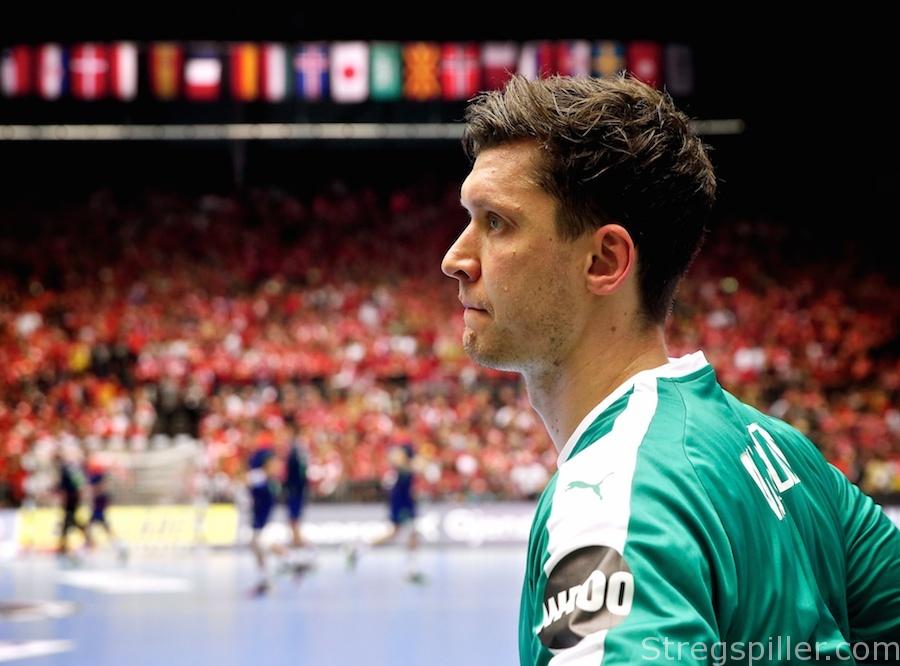 Denmark rounded off a perfect run to their first World Championship gold with another outstanding performance to beat Norway 31:22.

Coach Nikolaj Jacobsen – 10
No need for him to change anything in the approach and his team delivered again. Took a smart timeout when Norway began to threaten early in the second half, which led to a 5:0 run, and a nice touch to give the rest of his squad a few minutes on court at the end.

Niklas Landin – 9
Made some brilliant stops in the first half, including a Sagosen penalty, but took full control of the match in the second period with save after save as Denmark ran away with the match.

Mikkel Hansen – 9
Mixed bag in the first half, with some big chances missed, but his distribution was as good as ever. Not unstoppable this time, but still a very good performance from the deserved MVP of the championship.

Rasmus Lauge – 9
Had the perfect first half, returning from an early knock to score important goals late in the first half. His fast break goal early in the second half sparked a five-goal run which killed the match.

Morten Olsen – 9
Following his semi-final performance, he was given a chance to start the match and it was another huge game for the man who had barely played before the semi-final. Three of his five goals came at important phases of the game and he moved the ball very well.

Anders Zachariassen – 8
Inspired this final weekend. Claimed an important steal when shorthanded in defence and followed up with a magnificent no-look goal in the first half. His importance in the middle of the defence cannot be overlooked.

Magnus Landin – 8
Began the championship is the backup left wing and ended it as an all-star contender. Three well-taken goals and another great defensive performance at left back.

Mads Mensah – 8
Came in earlier than expected at left back and faced the challenge head on, scoring two nice goals. Filled in very nicely wherever he was needed and was a powerful force in the backcourt.

Lasse Svan – 8
Classically solid Lasse Svan performance. Four goals from five shots is a very good contribution, particularly considering he had a right hander beside him at right back.

Henrik Møllgaard – 8
Worked really well with Zachariassen in the centre of defence, shutting down that route to goal. Huge block on Sagosen in the second half, just as Norway looked to be coming back into the game.

Nikolaj Øris, Casper Mortensen, Jannick Green, Simon Hald, Hans Lindberg, Henrik Toft, Nikolaj Markussen – N/A
Most came on after the game was over as a contest to enjoy a few minutes of the action.

Coach Christian Berge – 5
Unfortunately, he was not able to change anything significant and stop what Norway knew was coming. Tried to shake things up as much as possible around the court, but nothing clicked today.

Magnus Jøndal – 9
Despite an early penalty miss, looked sharp and took his chances from the wing early on. It developed into a stellar display, worthy of a major final, but he was alone in this team.

Gøran Johannessen – 6
Moved the ball well when he came on late in the first half, but only showed glimpses of his true attacking threat in the second half.

Sander Sagosen – 5
The much anticipated Sagosen vs Hansen showdown did not produce fireworks and it was a day to forget for Sander with just three goals from nine attempts.

Kristjan Bjørnsen – 5
Put in a good shift, but missed two good chances from the wing, which saw the focus of attack switch to his opposite wing.

Petter Øverby – 5
Came into the middle of defence during the first half and helped with some fearless defending. Stepped out well and made early contact with the Danish back court on many occasions, but was also left behind a few times.

Magnus Rød – 4
Started very well, allaying doubts about his fitness, but brought off after 20 minutes following a pair of rushed shots and that was the end of his night.

Christian O’Sullivan – 4
Didn’t quite control the attacking flow as well as usual in the first half and when he tried to force things to happen, it backfired.

Harald Reinkind – 4
Created some good opportunities for himself in the second half, but only converted one from four and couldn’t help prevent the Danish dominance.

Bjarte Myrhol – 4
He was contained very well by the Danish defence and had one of his two shots on goal saved. Gave his all, as always, but without much reward.

Espen Christiansen – 4
Came on for Bergerud and made a nice save from a Hansen shot, suggesting he might be the man to produce the goalkeeping performance Norway desperately needed, but in the end he only added three more stops.

Henrik Jakobsen – 3
Played a small part in the second half and had a pair of chances to score, neither of which he could put away.

Eivind Tangen – 3
Filled in on the wing for Bjørnsen’s suspension and had a solid chance saved, which was pretty much the full extent of his contribution.

Torbjørn Bergerud – 3
What appeared a hopeful start with Hansen’s missed penalty turned into a disaster as he conceded eight goals in 12 minutes. An 18% save rate on an occasion such as this will never be enough.

Magnus Gullerud – 2
Was off the pace in defence and punished on a number of occasions. Norway needed much more from their defensive specialist on a day like today.