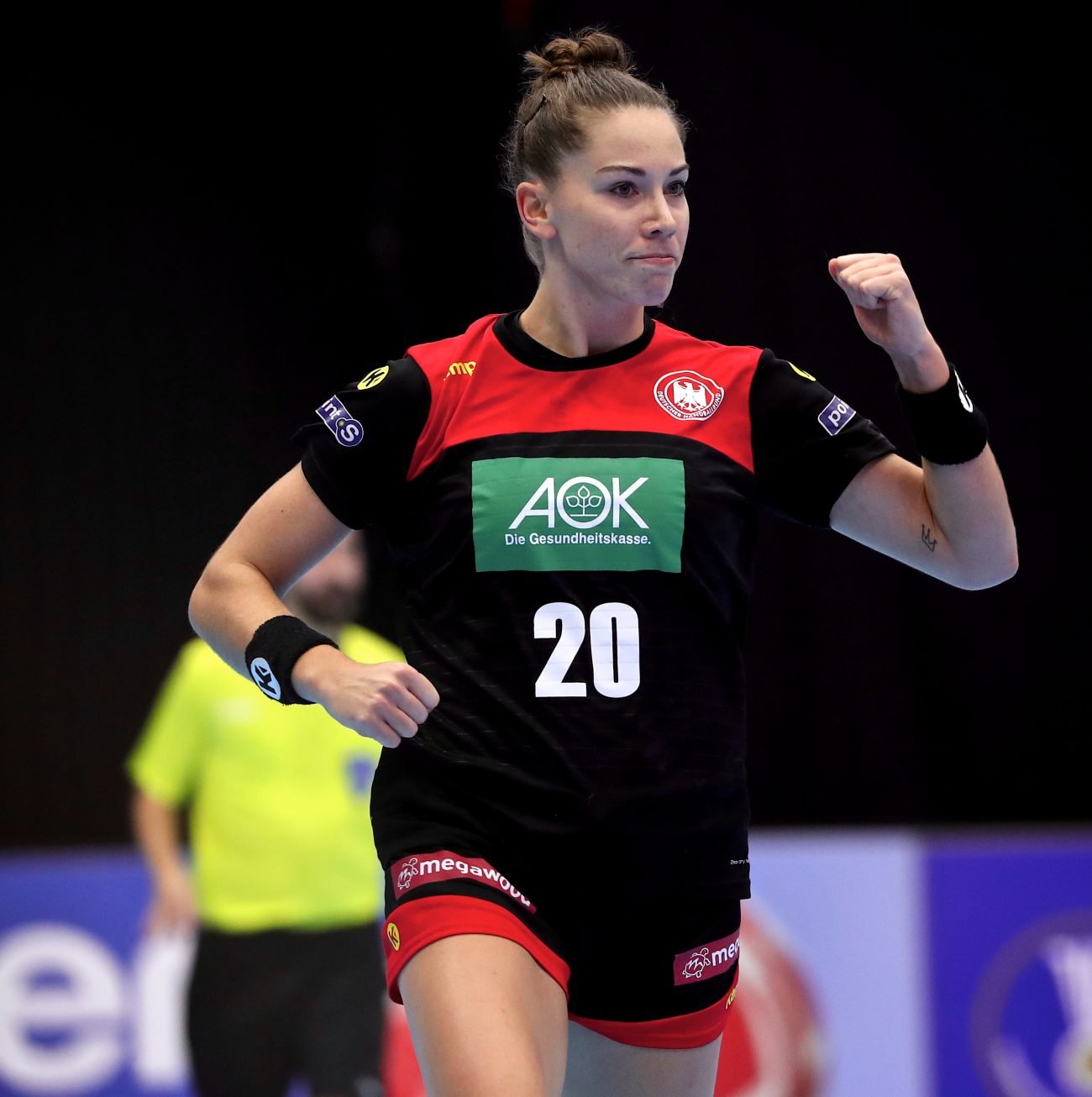 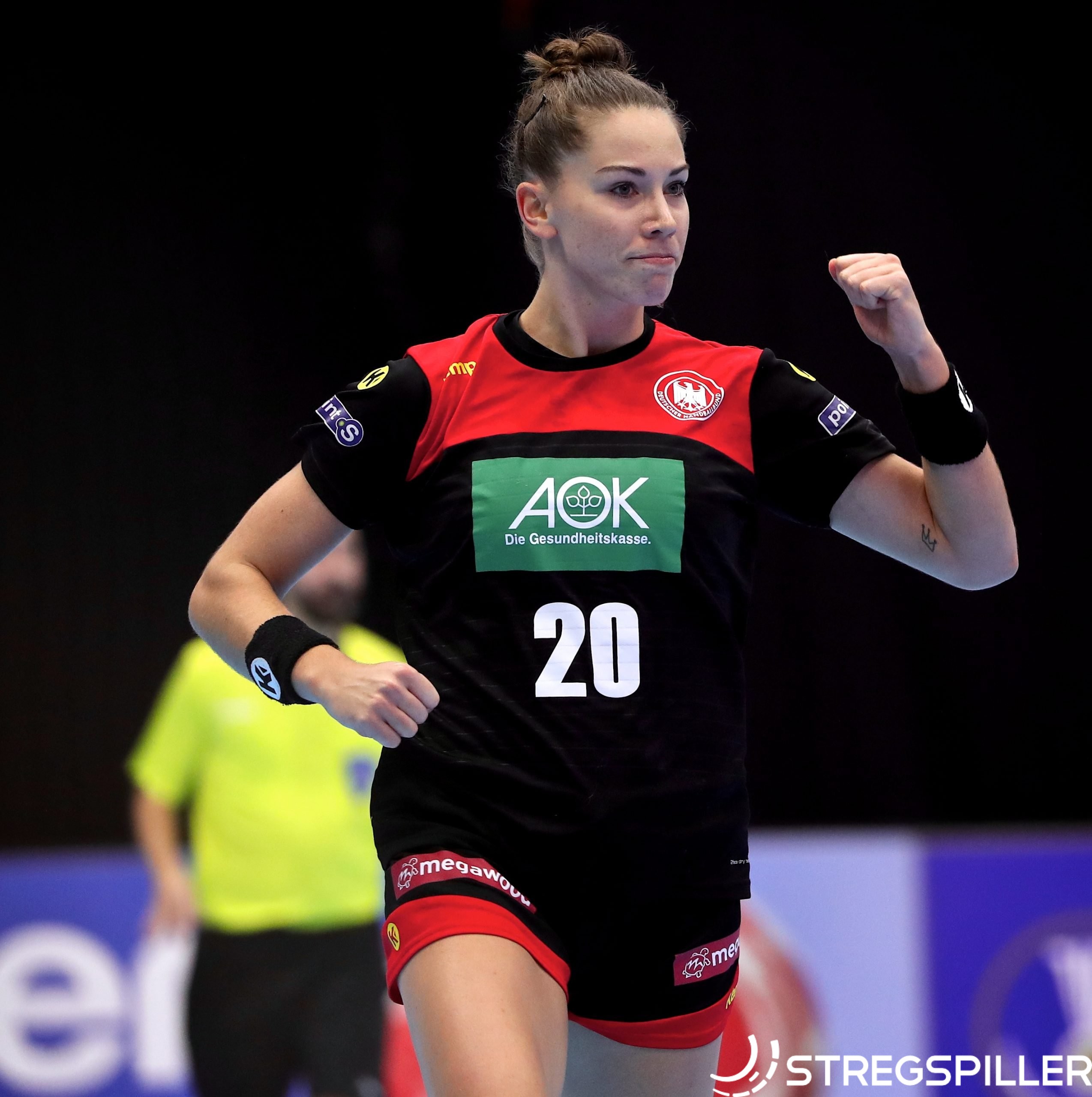 France have finally arrived at Japan 2019 as their 27:25 win over the previously perfect Germans means their World Championship title defence lives on, at least until Friday’s showdown with Denmark.

Responded to France’s bright start with a well-timed timeout, restructured his defence impose themselves more on France’s back court and kept looking for solutions in attack. Gave an opportunity to most of the squad, but didn’t hang around if it didn’t pay off immediately. Decision to move Grijseels to right back was great and he cannot be blamed for the missed shots.

What a performance from this ever-rising star. She kept Germany in the game in the opening quarter, scoring three of their first four goals. A fairly quiet start to the second half is the only blot in her performance, but she made up for it in spades as she scored four consecutive goals in sublime fashion, while the rest of her team were flagging, to set up a dramatic finish.

Perhaps her best game of the tournament so far. Unable to make much of an impact as a plamaker in the first half, but filled in brilliantly at right back in the second, when the lefties couldn’t deliver, firing in three goals, including a pair of nice sidearm shots early in the half.

Engaged in a brilliant goalkeeper battle for the second night running. Couldn’t do much with France’s first few shots, but followed it up with some brilliant stops throughout the game, frustrating France’s back court and wings as the collected 12 saves.

Great in attack in the first half, taking all of her chances, but struggled to make an impact in the centre of defence early on and was taken off. Much improved in the second half in defence, but in turn couldn’t get involved in attack, with a number of balls flying frustratingly past her.

Started the game in defence and did well to force France’s shooters into difficult situations. Two of her three goals came from the penalty line and while she provided opportunities for teammates in attack, she couldn’t provide a real threat in the back court.

Brought in to provide a bit more height to Germany’s centre block late in the first half and succeeded in troubling France’s shooters. Scored a couple of goals from the line as well, before making way for the first-choice Behnke.

Made a huge contribution in defence, particularly in the second half, but was denied time and time again in attack, scoring just one goal from distance and two from six overall.

Brought on for just over 10 minutes in defence, at an important stage of the second half. Was left for dead by Niombla for a soft goal, but got revenge with an interception a few minutes later.

Played the entire second half, but was relatively anonymous with a single goal. Not necessarily her fault, however, as the fireworks were all coming from Bölk beside her. Was free for a fast break late in the contest, but the pass came too late and Leynaud came flying out to snatch it in front of her nose.

Much like Großmann, but in the first half. One goal from two attempts, ran hard, but no joy on the fast break against this athletic French team.

Thrown in during the final quarter in place of Berger on the right wing. Her one and only shot quarter went high and wide to the left and her shift lasted six minutes.

Another right back who could not deliver. Given a relatively brief chance to shine and her two missed shots forced coach Groener to think again.

Started the game out on the right wing and remained on court for the most part, despite failing to take most of her chances – one goal from five attempts on the wing does not cut it at this level. The 20-year-old has spent the most time on court for Germany so far, highlighting their lack of options there. A steep, harsh and valuable learning curve so far.

Started the match and looked unwilling to really test the French defence. Was given another opportunity in the final quarter of the game, but sent a shot flying over the crossbar at a critical moment as Germany pushed for an equaliser.

Proved his trust in his squad by using 14 players in the first half, a smart move considering Germany’s tough game last night. Kept rotating the back court when he felt it was needed and the unusual left/right back duo of Kanor and Pineau at the end paid off as both scored to seal victory.

Dealt with Germany’s long-range shooting with ease and her fast break delivery was sublime in the first half. Bölk had the better of her in the second half, but the Györ keeper’s saves from the wings, fast breaks and a brilliant steal from a fast break in the final 10 minutes laid the groundwork for France’s win.

She was everywhere! Dictating the play in attack, dishing out a top corner shot when needed and covered back to intercept fast break passes twice. It’s no surprise she was the court player who played the most for France today and her cool head overcame the mounting pressure.

Put in a really good performance in defence, marshalled her teammates very well and got stuck in to the German attackers. Chosen to fill in at right back for the final moments and enjoyed a stroke of luck as she collected the rebound of her own blocked shot to score France’s final goal and secure the win.

Great job from Flippes on the right wing today. Took her chances and more as she came round to score from the back court when France were in desperate need of a goal and Germany sat just one goal behind them.

Got her hands on everything flung her way, but missed two shots she really should have put away. After a spell on the sidelines, she came back in and made no mistakes with her second-half chances.

Terrorised the German defence early on, but then was kept relatively quiet. Scored from both of her two shots and picked some nice passes, but looked a bit short on confidence at times, which is understandable considering France’s slow start to this title defence.

Ran her fast breaks well in the first half and scored two, but missed her only shot from the right wing.

Similar performance to Coatanea, but maybe a bit more lively at both ends of the court. Profited nicely from Leynaud’s distribution and her second goal, which extended France’s lead to four in the second half, made it feel it was going to be their day.

Looked a threat throughout her 15 minutes on court. Scored a gorgeous lobbed shot late in first half, which also drew a 2-minute suspension, from right back. A nice shimmy and shake set her up to score from the left in the second. Moments of brilliance interwoven with missed shots and some cheap turnovers.

Used somewhat sparingly considering she is the first choice right back, but she used her time well during the first half, not so much in the second.

After she crashed the crossbar with her first shot and looked to be forcing things in attack, you may have felt it would just not be her day today. But you can forgive Kanor when when you see the speed at which she can rip through the defence. Struggled from long-range, but then – Kaboom! She buried a huge goal to give France a two-goal lead in the 59th minute.

Brought in to give Edwige some rest and did alright in defence, but was unable to offer much in attack.

Played well at the top of 5-1 defence when she came in during the first half, but tried to force things in the playmaker role and was soon given the hook.

Only on for a quarter of the game and put away her one chance from the left wing, before Manon Houette came back on.

Was given a chance at right back early in the second half. Her first shot was blocked and the second didn’t fare much better. Maybe today was not the day for the inexperienced 21-year-old to be thrown in, but coach Krumbholz has no fear.

Did not play – Catherine Gabriel